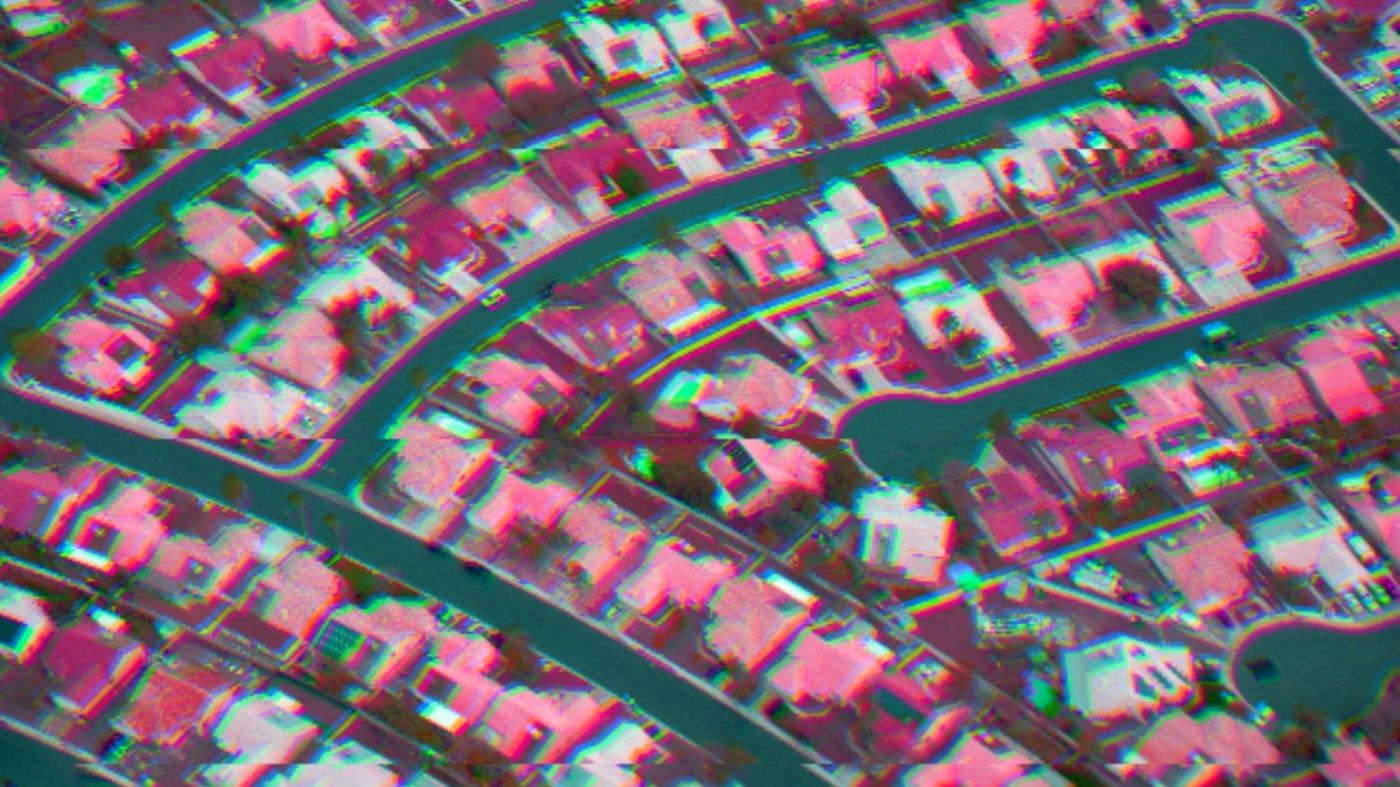 This past Cyber Monday we hosted a small watch party event of the 2020 docufilm Jasper Mall, a narrator-less look at the eponymous failing mall in Jasper, Alabama. The film follows the workers at the mall and its few remaining patrons.

In a particularly amusing scene, a local jewelry repair store owner plays electric guitar to attract patrons into the store. Overtop his jamming out to Zeppelin with a flanger effect, the owner explains that the biggest issue is that the mall has very little foot traffic, and that moving to a new location with higher visibility would boost the service business. A crude shoepolish-lettered message is in the window "MOVING NEXT TO ZAXBY'S BESIDE STATE FARM".

Many see the story of Jasper Mall as an eventuality: the death of the suburban, middle-class mall and the businesses that inhabit it is symptomatic of the slow decline of the middle class itself. I see it as an allegory of a classic small-brand startup issue: cash-strapped, unable to attract attention, in a corner of the world that nobody thinks to visit.

Ignoring the other issues with the business (empty jewelry cases, broken lights and rotting wooden displays), without tentpole stores providing an overflow of foot traffic, the brands hidden away in the mall die a slow heat-death.

Passive Commerce and the intent of place

Capitalizing on the active shopping intent relies on the concept of place. In the physical world this is a mall. Places fall in and out of fashion, they slowly become undesirable, or fall into disrepair. Demographics change and suddenly it's not "the place to be" anymore.

The digital equivalent of the mall in Jasper exists today already. Many have come and gone already: Yahoo Stores, for instance. Digital neighborhoods, or meta neighborhoods, (metahoods?) that spark purchase intent are the new future. Youtube, Instagram, and Pinterest are cities unto themselves that contain neighborhoods of likeminded and interdependent brands. Video product reviews already exist in many forms with small vertical communities thriving on TikTok, IG, and Youtube. Candle TikTok is a thing. If you listen to the thought leaders on Twitter, they'll tell you that what is lacking is a dedicated, shopping-enabled QVC competitor, which could serve as one part entertainment, one part discovery mechanism. To them, Shopify would be the natural-born heir to the HSN throne.

But would a digitally-native rehash of QVC even work? If a metahood proves its existence to be large enough, it can reach escape velocity and launch its own. Supergreat's recent $6.5M Series A raise is example of that. Rather than retread the pre-internet model of QVC with millennial pink, "unbundling of TikTok" is the more digitally-native approach.

This is not to say that passive commerce entertainment experiences will not come to being. Netflix-but-make-it-shoppable is an eventuality that we can all agree should (already does?) exist. Just this year, executives from Buzzfeed and NBC Universal have been on the Future Commerce Podcast to discuss such efforts. But what customers want is not a form of entertainment. They seek a form of inspiration - to serendipitously encounter something they hadn't set out to find. A DTC-QVC can only survive if it is more Pinterest than it is Shopify. Media moguls like Scripps understand this — HGTV and Food Network have direct economic impact on second and third-tier media markets based on the inspiration they provide to would-be Alton Browns or Joanna Gaineses.

Shopping livestreams are a popular mode of product engagement in Asia, popularized by platforms like Pinduoduo and Shopshops. Platforms such as these allow influencers to create content for brands and deliver product inspiration. Inspiration is in short supply here in the West, however, as most new brands are discovered through performance marketing.

The efficiency of the Instagram or Youtube audience algorithm, and its inherent highest-bidder-take-all mechanism,  may exclude brands you may love and frequent in favor of brands that are well-capitalized. This need for capital creates a dichotomy; for a brand to survive it needs to find its audience, but that audience is monopolized by brands with hordes of cash.

This is the basis for the CPG Dominance Theorem, a phrase I made up to describe a phenomenon that is being discussed in Clubhouse chat rooms and in long Twitter thread discourses. The theorem states, the DTC Era's eventuality will have been to repurpose private capital markets into effective R&D channels for large CPG companies (Unilever, P&G, et al), proving that the unique selling points, quality, founder story, and the values of the brand are secondary, and that consumers will favor cheaper, more readily-available brands from big CPG so long as they carry a similar aesthetic and generational appeal.

As far as theorems go, it's a bit wordy. The concept itself is not a Future Commerce idea, but a communal sense in the retail trade that once CPG decides to dominate, it will.

While product streams may solve a channel deficiency problem (there would likely be a large audience), they will not solve the serendipitous discovery challenge. In true capitalist fashion, the brands that would gain the most airtime are those that, again, have the ability to finance their way into the spotlight. Same problem, different channel.

Jasper's shopping mall is short on inspiration. The tenants and customers alike seem to have an element of hopelessness and despair. In one scene, a hair stylist simultaneously discusses wanting to get out of Jasper, but being afraid of a big city like New York. The mall at Jasper is uninspired, and that shapes the worldview of its tenants. They fear the unknown; but the unknown is exactly what a customer craves. Jasper suffers from exactly how well-known it is.  As a place, it has become a destination for a transaction, not a source of inspiration.

To deliver inspiration and serendipity requires cooperation, and collaborative customer conquest — something we'll explore more over the next two weeks of podcasts at Future Commerce. This Friday, we interview Conner Sherline of Co-op Commerce, a company that's providing post-checkout upsell for likeminded brands to collaboratively earn customers. It's an intriguing way of providing serendipitous discovery in a digital realm. Co-op's metahood is a digital Williamsburg with sexy, higher-priced New York brands.

In two weeks we'll interview Daniel Dixon of Mixy, a DTC equivalent of the software bundle model. Rather than providing discounts directly, DTC brands can use Mixy to earn customers via pre-purchased gift cards. It's a clever way to discover new brands in a curated marketplace without the marketplace becoming the merchant of record. Today Mixy's metahood is a digital Palm Beach: an overlap of kitsch with an air of chic, with a few unexpected Whole Foods-mainstays alongside solopreneur independent startups.

While both models depend on curation and developing mutually beneficial partnerships, they are approaching it at opposite ends of the funnel. Their commonality, however, is they have a digital nativism in their approach to solving the discovery issue with shoppers with the active shopping hat on. Bridging this gap is Shop Roulette - created by Matt Schlict of Octane AI fame. A prospective digital passerby clicks an "I'm Feeling Lucky" button, and is whisked away to a random store, a DTC-era version of StumbleUpon. Matt's curation of which brands to include requires manual review.

These solutions hint at the emergence of the difficulty for unique and special brands to rise to the top absent of capital warchests. Mixy, Co-op, and Shop Roulette prove that we all sense that there's a sameness that consumers have grown tired of; much like the Jasper Mall, proving that the relevance of place, be it physical or digital, will wane over time unless steps are taken to reinvent and reinvigorate.