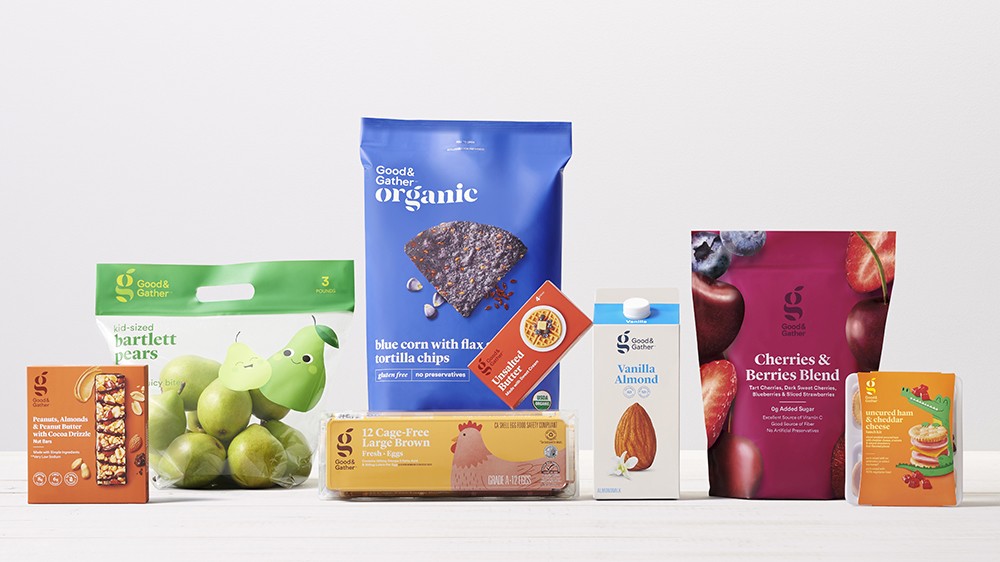 Recently I spoke to a crowd at Meet Magento UK, a gathering of 500 or so Magento merchants and technology partners, in London. I keynoted the event and retold my story - how I have a non-linear career path that started as a homeschooler, into seminary, a dropout, traveling with my band for years, a graphic designer in print, to an award-winning multi-certified engineer in e-commerce. And today I’m leading content strategy at Something Digital and co-founding a media startup, Future Commerce.

My main takeaway was that in 2019 the skill worth acquiring is the skill to acquire new skills. Adaptability is what has made me successful - and it’s what is making retail giants competitive in a world full of brand-first upstarts nipping at their heels.

Today we’re going to examine Target’s adaptability and how they are future-proofing their business by learning from, and implementing, the DTC brand playbook.

Any retail executive with the wisdom and humility to recognize that nothing lasts forever would be, well, wise to examine what Target has been up to. Target’s shapeshifting abilities are awe-inspiring, and if I were a gambling man I’d bet the farm on the company. Or better yet, buy the stock, which just hit an all-time high.

So why are Target’s sales growing when Big Retail, in general, is on the decline? How can a big-box store thrive in an era when boutiquey brands are competing on Instagram among consumers and Wall Street alike? And why do I look at those two data points -- iconic brand store closings and evolving consumer preferences -- and come to the conclusion that Target is future-proof?

It’s easy: Target is a DTC brand, or more accurately, a family of DTC brands. But that’s just the company’s most recent iteration. Before that, it was a master of partnerships and collaborations -- providing the masses with access to affordable designer goods, as well as designers' access to mass markets. That ability to shapeshift is what gives the brand it’s real staying power.

To many who aren’t paying attention to their Instagram ads for theThirdLoves of the world, they may see Target as the one who is setting the body-positivity trend in the intimates category.

And not for nothing, the company’s data chops are legendary, as the world learned back in 2012 when Target told the New York Times how it could identify which of its customers are pregnant, and even when they were getting close to their due date, based on their purchases. That is just one example of many that show the extent to which Target will throw resources toward better understanding the consumer. That all-consuming focus on the customer is why Target will stop at nothing -- including reinventing product development, sacrificing established private labels, or transforming itself from a monolith into myriad DTC brands -- to remain relevant.

Let’s unpack this a bit.

Two decades ago, Target, “set out to make beautifully designed products affordable,” and in the process created “a movement in retail and culture that proclaimed that design could be—and should be—for all," as Rick Gomez, Target's executive vice president and chief marketing and digital officer, noted in a press release announcing a 20th anniversary of the brand’s collaboration with numerous designers.

For those too young to remember, in 1999 Target collaborated with starchitect and designer Michael Graves (of $100 Alessi tea kettle fame) to create a collection of beautifully designed but affordable home goods for the Target customer.

The strategy raised a lot of eyebrows; if a product’s intrinsic worth lies in the person who designed it, does that make a $25 tea kettle equal in value to one that costs $225? Doesn’t Graves cheapen his brand by agreeing to the collaboration?

Despite initial handwringing Graves continued collaborating with Target for another 35 years, designing over 2,000 items, including wares that are as hip and trendy as anything he designed for Alessi.

Let’s look at this in straight business terms: Target’s decision to collaborate with well-known designers is pure genius. The Michael Graves Collection 1999 generated a tremendous amount of press and drove an untold number of curiosity seekers and design snobs into Target outlets. True, Graves endured some snide remarks at dinner parties, but as he stated on numerous occasions throughout the decades he designed for Target, he couldn’t be more delighted to sell to a bigger audience.

This was a win-win situation that fell outside of the realm of conventional marketing wisdom.

Target’s collaborative approach really made its mark in the apparel. Through the years the company has partnered with Issac Mizrahi, Anna Sui, Lilly Pulitzer, Zac Posen, Missoni, Proenza Schouler, Rodarte, Alexander McQueen, Jason Wu, 3.1 Phillip Lim, and Altuzarra, among many others across the globe.

It’s easy to forget just how revolutionary the concept of accessible design actually was. Until Target’s audacious merchandising strategy designer goods were meant to be exclusive because sporting them was a sign that you’ve arrived. Target’s sudden democratization of luxury meant that middle-income consumers had access to the same designers (if not the same product line) as Bergdorf customers.

Target has executed designer collaborations so expertly that today consumers equate Target itself with luxury and quality at affordable prices.

Today, fans of the original 2003 Mizrahi Target collection trade tips on how to source original items on eBay and Etsy, which is pretty extraordinary. A $20 dress is now a status symbol!

As a side note, Target will launch a 20th Anniversary Celebration collection in September 2019, which will bring back nearly 300 limited-edition items from 20 past design collaborations. The prospect of such a collection prompted Glamour magazine to warn its readers to “guard your credit cards.”

Target executed designer collaborations so expertly that today consumers equate Target itself with luxury and quality at affordable prices. Today they’re still executing partnerships, but instead of the likes of Stella McCartney, they’re linking arms with Chip & Joanna Gaines of Magnolia, rolling Magnolia-inspired pieces into their own house brand, Hearth and Home.

But Target didn’t pin all of its hopes on designer collaborations. Like all major retailers, it believed in the power of private labeling. But the similarity stops there. While most retailers like Costco and Whole Foods have just one brand (Costco Signature and 365, respectively), Target sees no benefits in such limits.

Target has a ridiculous number of private labels, but here’s the thing: a data-centric retailer like Target doesn’t collaborate with designers and DTC brands without applying what it learns to its own product strategy. While it embarked on its collaboration strategy, Target tested the market and used the customer engagement metrics gained from those partnerships to shape its in-house brand strategy. That’s how the company ended up with 40 distinct brands (according to its website). Who knows, by the time you read this that number could be much higher.

Target’s current in-house brand strategy, in my opinion, is its sustainability secret sauce. It’s not the fact that they have in-house brands, mind you. The company has always had private label brands. Back in the 1990s, my mom bought my school clothes from Target’s Mossimoline, and my wife and I have dressed our own kids in Cat and Jack since the moment they started school. Target is unique because, contrary to conventional marketing wisdom, the company feels no compulsion to “invest” in a flagship brand. It laughs at the perils of diluting one’s brand. In fact, Target can’t seem to launch new ones fast enough!

Let that sink in. Eleven new brands in less than two years amounts to more than one new brand every other month. Even to the casual observer, it’s clear that Target is one step ahead of the consumer, and they’re working that knowledge.

On the show, Brian and I have talked a lot about Target’s Goodfellow & Co line of men's clothing. Its affordable stonewashed jeans ($27.00), black tees ($9.99) and funky fedoras ($16.99) practically scream millennial. There’s something very DTC-feeling about the brand’s hyper-focus on the millennial aesthetic. It’s as if Goodfellow & Co can’t tell the consumer frequently and forcefully enough that it doesn’t want to please everybody, only those for whom its products were originally designed.

This is anathema to today’s marketer who seeks to reach as broad an audience as possible. Despite the economies of scale to be gained Target has little interest in wooing younger generations to buy from its millennial line. Gen Zers have their own thing going on, which is precisely why Target launched Original Use for men and Wild Fable for women. Different audience, different story.

We spend a lot of time looking at DTC brands and to be honest, it’s impossible for us not to see Target’s house brands as a rational, and direct, response to emerging trends in consumers’ reaction to the DNVB strategy. Take Auden, Target’s line of intimate apparel. It is completely reminiscent of ThirdLove -- a brand that challenges the notion that women must be stick thin and conform to man’s version of sexy. To wit: Auden’s tagline is “More Sizes for More Bodies.”

To many who aren’t paying attention to their Instagram ads and the coffers powering the performance marketing behind the ThirdLoves of the world, they may see Target as the one who is setting the body positivity trend in the intimates category.

When I started thinking about this blog, my original intention was to focus on Smartly, Target’s new budget-conscious household essentials brand which incorporates everything from paper plates to razors and cleaning products.

Smartly goes head to head with all other CPG brands that own space and planograms in Target. Unilever products may hold sway with Boomers or Gen Xer’s, but those ties don’t bind the younger generations, and Target knows it. For that reason Target also has little sentimentality for its long term-brands like Archer Farms, Simply Balanced (quasi-organic line), Sutton & Dodge (premium meat line) and will fold them into Good & Gather.

In its press release announcing Good & Gather, Target states its brand goal as, “Our way of helping even the most time-strapped families discover the everyday joy of food.” That’s just a pitch-perfect way of saying, “we’re going after the millennial consumer and we intend to take market share away from Unilever.”

Good & Gather is no accident; it’s 100% a strategy of positioning Target’s products in the marketplace using the data and insights gleaned from previous partnerships and collaboration. But let’s put this in perspective. Target’s staying power can’t be attributed to any one particular partnership or DTC brand. Target’s ability to roll with the times -- whether that’s using purchase data to predict a consumer’s lifecycle stage or to figure out that all consumers, not just the privileged few want in on the designer craze -- that makes the company future-proof.