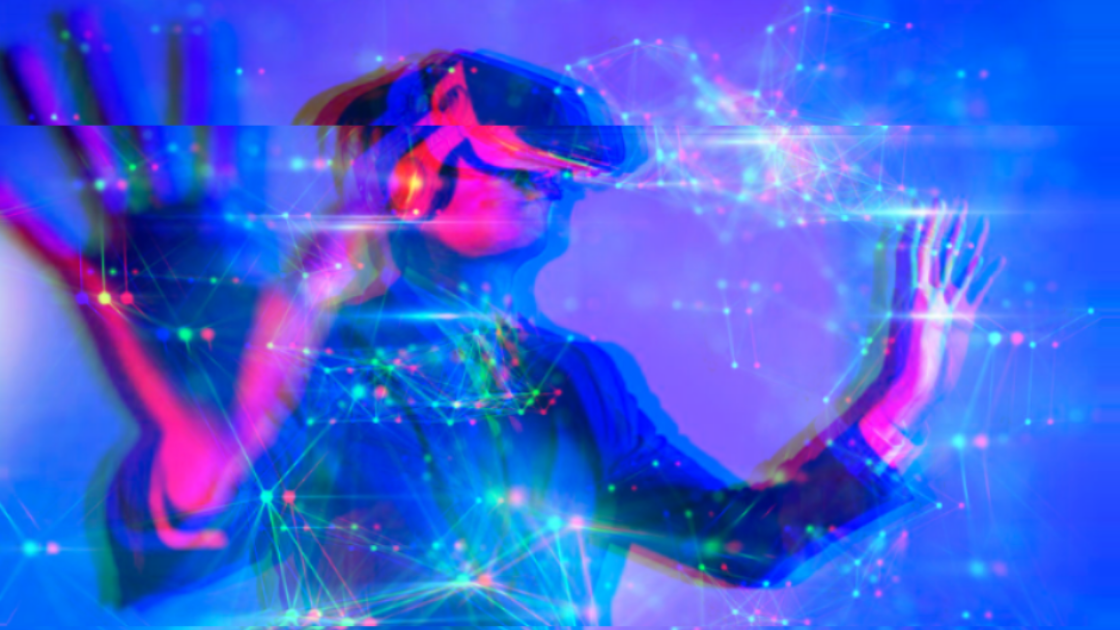 Insiders #117: Working in the Metaverse

In the future, we may look back at the 2021 holiday season as an inflection point for VR and the metaverse. The Oculus Quest 2, Meta’s flagship VR product, wasn’t quite “AirPods for Christmas” popular, but it was big. It’s the first product of its kind ready for mass adoption, with a $300 price tag on par with gaming devices like the Nintendo Switch or an XBOX One S. Meta doesn’t tell how many devices are sold, but experts estimate over two million were sold in the 2021 holiday season.

In mid-December, Jack Soslow, a partner at Andreessen Horowitz, pointed out on Twitter that by his math, Oculus Quest 2 was beating Xbox in 2021 sales. The projection used information about platform sales from VGChartz and compared it to mobile app downloads for Oculus since Meta doesn’t disclose hardware sales information. Further evidence of Oculus’s hot streak was a boom of Oculus app downloads on Christmas day, sending it to the top spot on the Apple app store.

While there’s a lot of innovation ahead, Quest 2’s experience is a compelling proof of concept. Just seeing the main menu in the Quest 2 for the first time felt like an epiphany for me. I was in a modern retreat in what appeared to be the Redwood Forest. Generic contemporary art was on the walls. There was a whole world of games and adventures to choose from, but just being in my fancy digital house felt nice.

Extreme actions like gliding through the air while shooting an assault rifle in Population One and zero gravity frisbee hockey in Echo are fun, but the magic is in ordinary things rendered well. Playing ping-pong, exploring a room, or even stacking blocks inspires a sense of wonder the first time you do them in VR.

But how much of our ordinary lives will VR developers seek to replicate? So far, it seems like all of it. On every Quest 2 headset, there is a small set of games and apps pre-installed. One of these is Horizon Workrooms Beta. If a work app is pre-installed on every headset Meta ships, then it’s safe to assume they’re pretty serious about making work in the metaverse a thing. Some day, your employer may mail you a VR headset and your boss may ping you for a quick sync in the metaverse.

You should be prepared.

The State of Virtual Work

Adoption of Zoom and video conferencing for work skyrocketed through COVID-19. While working from home sometimes felt nice and the job market became more tolerant of remote positions, few would say virtual work has fully conquered the way things used to be. There are some serious flaws with presenting your real self in a virtual setting.

As Zoom calls became more common, we saw new trends emerge in how people presented themselves online. The beige wall of your Bloomfield Hills home was not enough. Corporate employees began to change their background to a polished office with a big company logo behind them. You might join a call and see a floating head in front of the New York City skyline like they’re standing on the edge of the Chrysler building asking “can you see my screen?”

At first, joining a call with your camera off was an act of rebellion or ignorance. Now, it’s an act of self-care. When the term “Zoom Fatigue” came about, Stanford researchers looked into why the video calls were wearing us so thin. They identified four reasons:

These four flaws in video conferencing aren’t a surprise to us. Long days of bouncing between zoom meetings take a toll and video conference calls often lack the spark of good in-person meetings. Virtual work isn’t going anywhere, so there’s a big incentive for companies to solve these issues.

Their Promise: Working in the Metaverse

Horizon is the name given to Meta’s VR social platform, an expansive digital universe where developers can build their own experiences and activities within. If you want to put on your VR headset and go to a work meeting, Horizon Workrooms is where you’ll go. At Facebook’s Connect ‘21, the company shared a video walkthrough of the metaverse experience, guided by Zuck himself.

In August 2021, a video demo was shared for Workrooms. In it, avatars of floating torsos chat and gesture with their hands around a conference table. The demo shows real-life people and their virtual selves writing on whiteboards, typing on their computers, and sharing their screens.

Meta isn’t the only company betting big on work in the metaverse. Microsoft has made it clear they’re investing in VR for work as well. In his year-end review for 2021, Bill Gates wrote:

“Within the next two or three years, I predict most virtual meetings will move from 2D camera image grids—which I call the Hollywood Squares model, although I know that probably dates me—to the metaverse, a 3D space with digital avatars. Both Facebook and Microsoft recently unveiled their visions for this, which gave most people their first view of what it will look like.”

Microsoft is building Mesh as their VR/mixed reality experience within the Teams platform. Unlike Meta, however, Microsoft’s VR headset technology, HoloLens, remains very price restrictive, with a starting rate of $3,500. That being said, we did not test HoloLens. If Microsoft would like to mail me a HoloLens kit or two, I can make it happen.

My Experience: Working in the Metaverse

Phillip and I scheduled a meeting in the metaverse to get some firsthand experience. We each logged into Horizon Workrooms, created meetings, and sent invites to the email associated with our respective Workrooms accounts.

We received the emails, but couldn’t figure out how to join the other person’s meeting from our Quest headsets. It was comparable to when I tried having a Zoom call with my 92-year-old grandmother at the start of the pandemic.

These issues aren’t a surprise because these developing corners of the metaverse are truly new places to interact. While there are “bridges” connecting the tech to our typical places like web browsers and Facebook, jumping from an event on my google calendar to a metaverse meeting on my VR headset was a difficult task.

Not every attempt to work in the metaverse was a failure for me, though. My friend Kyle and I had a meeting in the metaverse to talk strategy for an upcoming book release he was working on. We managed to get in the same workroom and did an hour and a half meeting together. After getting past the humor of being able to draw and write silly things on the whiteboard or make rude gestures through our 3D avatars, there was a surprising amount of fluency to the experience.

On a second attempt at a metaverse meetup, Phillip and I successfully brought our virtual selves to our digital conference room. Our avatars waved hello. We switched room designs a few times until we landed on their most modern office and we got down to business. The agenda for the meeting was to review a brand guide I’m building in Notion and take a look at an updated design for Future Commerce’s episode art.

The most impressive feature in Workrooms is screen sharing. I downloaded an Oculus desktop app, which allowed me to use my laptop while wearing the headset. A virtual version of my Macbook Air appeared on my desk and my little pixar fingers could tap away at the keyboard.

Next, I presented my screen. My desktop was now cast on the wall and Phillip could follow along and even point things out with a laser pointer feature. Workroom’s first-person view gave me the flexibility to see my computer, my teammate, and a projection of what I was sharing, all with a turn of my head. For collaborative creative work, the Workroom format has some clear strengths for the sort of multi-tasking that happens as team members present, discuss, take notes, or scribble ideas onto a whiteboard.

At the end of this meeting, my head was aching, though. I’m not sure if it’s a result of the compression from the headset or the digital displays about an inch from my eyeballs, but every long session on my VR headset results in the same headache.

The Workroom experience is notably clumsy. Efforts to draw on the whiteboard or make hand gestures were accompanied by the clamor of objects being punched, swiped, and knocked over. Your sleek virtual conference room will not play well with your cluttered desk.

Getting From Here to There

Will team building activities be virtual expeditions or digital roller coasters? Will our office decorations be apes wearing funny hats and bored facial expressions? Not anytime soon. Early-adopting companies might choose to provide hardware for their employees and bring select interactions into the metaverse, but we’re years from this technology being a practical tool. To get from here to there, the technology needs a lot of work.

In terms of hardware, the Quest’s lens screens in front of your eyes are not realistic for anything more than an hour or so at a time. Your mileage may vary, but the headaches always hit me after an hour or more with the headset on. Its controllers are fine for gaming but expect major leaps in hand-tracking or special gloves before this goes mainstream. Moving between a computer and controllers is simply too clumsy and confusing right now.

Next is software. The metaverse is a new place. Our old places, both physical and digital will need some adjustment to bridge the gap. Typical work tools like email, calendars, and team chats don’t play very well with VR yet. This makes sense considering Meta’s primary product, Facebook, is mostly a social tool, not a work tool. When major players like Microsoft and Google make bigger moves in VR, we’ll see software for work progress quickly.

Finally, there are people. VR is unlikely to succeed as a workplace tool before it succeeds for mainstream hobbyists and enthusiasts. It’s becoming more common to see a Quest 2 headset next to household gaming systems, but they’re still a bit of a novelty. For most jobs, the hardware cost and training time for onboarding a team into a metaverse work experience would far outweigh its benefits.

Yet with all these issues, the metaverse shows promise for work. As a quick reminder, our friends at Stanford attributed these problems to video conferencing:

It’s no coincidence that products like Workroom address each of these issues. When hardware and software can progress to the point of granting a sense of fluency in movement and communication without bulky hardware or LED displays pressed against our eyes, we won’t just accept metaverse work, we’ll welcome it.

Until then, though, it’s probably best to keep work in real life and play in the metaverse.