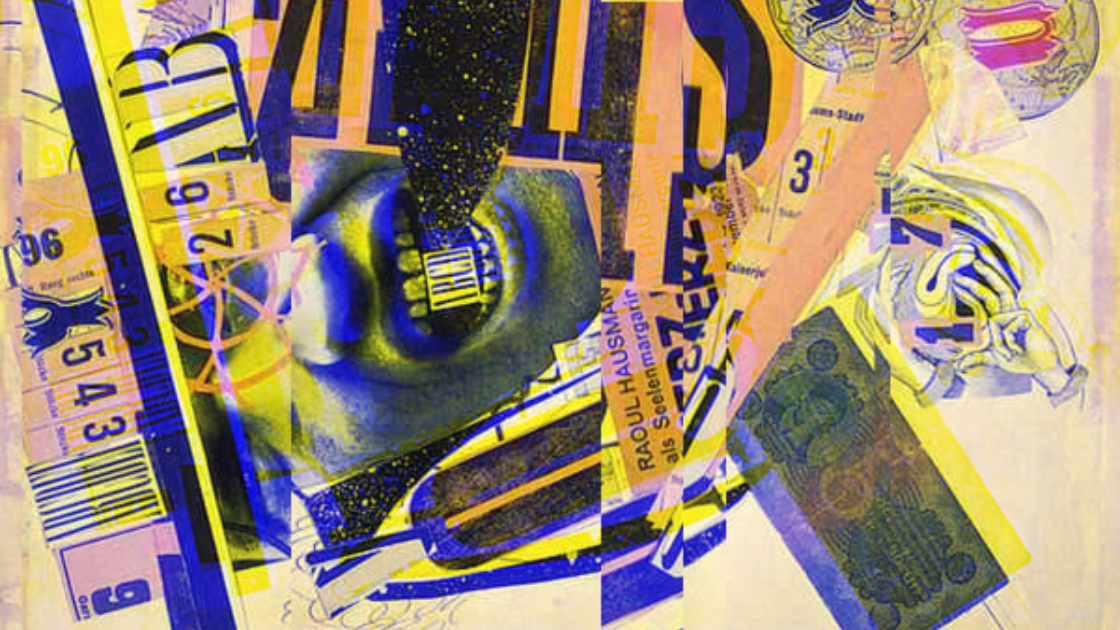 Insiders #045: The New Dada: Absurdism, Maximalism, and the Generational Divide

The new Dadaism is upon us. Today, in the midst of a global pandemic and political upheaval, brands are the performance artists, consumers are the absurdists, and all of media is the canvas.

Dadaism originally was, in part, a reaction to the carnage of World War I. Artists saw European Enlightenment as having gone awry. They preferred the irrationality of a bicycle wheel attached to a kitchen stool over the logic and aesthetics of German high culture, French Enlightenment, and British imperialism.

I first met Jesse Tyler about five years ago as an intern at an eCommerce agency. He was always engaged in some fun projects including a series of self-portrait photos he calls a“step-away from performance art.” In each photo, he holds a coffee mug that has a self-portrait on it.

He spent many months, nearly a year, putting energy into this project. If you look carefully you’ll see that the photo on the mug is the same as the previous photo in the sequence, deepening the self-referential paradox. When I asked him what he was shooting for (pun intended) in this project, he responded, “probably absurdist?

Jesse is a man of his generation. The piece, while humorous, is hyper self-aware. This is the gist of this age group’s absurdism. Who's buying it? Well, the under-25 set, for one. Hungry for generational distinction, and to break free of the composed social media perfection of their older peers, “kids these days” (wow I’m old) can sniff out poseurs. So, if you’re to create something authentic for so-called “Zoomers” -- regardless of whether the content is serious, funny, interesting, artistic -- it should skirt the border of the absurd.

There is a Facebook Group - stay with me - where its members are role-playing as if they are members of an ant colony. You read that right. In this group, 1.9 million members primarily between the ages of 16 and 24 role-play as if they live in service to their queen, naturally, also an ant.

While product or self-promotion is explicitly banned, it is extremely common to see pictures of ants covering both wrapped and unwrapped Tootsie Roll-brand Tootsie pops. Reminiscent of quippy Twitter accounts where millennial brands have made strides with biting tone, the presence of passive brand marketing in an otherwise benign group is telling at the power of awareness marketing in a generationally-appropriate context. My generation has the nihilistic Arby’s Twitter, and the Moon Pies clapping back at Trump Twitter; Gen Z has ant role-play.

Consider 2012, the year when Macklemore and Ryan Lewis released their hit Thrift Shop.

The track is a minor-key masterpiece, spending 6 weeks at #1 on the Billboard Hot 100. Some might say the song is actually good. But the lyrics? They beg you not to take the song too seriously:

Macklemore is ironic yet earnest - he is incredibly moving and ridiculous at the same time. The timing of the song’s success was impeccable, too, as just the year prior to the chart-topping song’s release saw the launch of secondhand marketplaces TheRealReal and Poshmark.

Is it telling that millennials grew up with anthems proclaiming “I want it that way,” while Gen Z is growing up being told to “pop some tags”? Goodwill practically incepted an entire generation into accepting second-hand goods as cool.

If Dadaism represents absurdism in art, then the Dadaists’ palette is on social media with meta-commentary on elitism in venture capital. 👁👄👁 (Eye Mouth Eye) was a social media movement of 60 activists who used the hype culture of tech Twitter and invite-only apps like Clubhouse and OnlyFans to funnel donations to popular racial justice non-profits.

As described in Wired’s feature on the movement:‍

For many on the sidelines, the 👁👄👁 spectacle seemed like internet tomfoolery at its finest. The stunt had taken Silicon Valley’s free-flowing capital and reinvested it in charity. The joke came at the expense of VCs and the tech elite, who had fallen for the trap of chasing the new, shiny thing, and it worked for the benefit of organizations that have long struggled for funding. The “eye mouth eye gang” were [sic] Twitter’s woke Robin Hood.‍

This type of insurgency requires knowledge of the enemy. The group of 60 “mostly-young, mostly non-white” activists were employees of Stripe, Twitter, Instagram, and Facebook. They gamified meme culture with performance art, which at once made a political statement and funneled funds to  Loveland Foundation Therapy Fund, the Okra Project, and the Innocence Project.

If 👁👄👁 had an altruistic mission, it’s unclear what the moral lesson is in the case of Quibi’s Dummy (2020, starring Anna Kendrick). It’s a story of two friends, Cody and Barbara. Barbara, however, is a sex doll that Cody discovers in her boyfriend’s closet. Absurd isn’t the right word - perhaps disturbing is more fitting.

This breed of absurdity thrives in commerce, especially when it comes to consumer product collaborations. Crocs sold shoes with literal chicken legs fastened to the top. As before discussed on Insiders, Post Malone released limited edition barbed wire-adorned clogs which sold out in 2 hours, but you can pick up a pair at Poshmark for $1,900.

According to MSCHF founder Gabriel Whaley, the patchwork shirt makes fun of “collab culture,” a culture in which brands seek to “overhype” themselves. As Business Insider noted, “truly understanding the ridiculousness of collab culture requires a certain level of self-awareness, which, in essence, is what MSCHF aims to inspire.”

This is CARLY’s friendship quilt.

Whaley is well aware that he is violating the copyrights of nine brands, and says he welcomes their lawsuits, and will even fight it all the way to the Supreme Court if necessary. Whaley reminds me of the Dadaists in that he’s rejecting a well-established path towards commercial success, choosing absurdity and, in the case of The Collab shirt, controversy in its place.

The Dadaist movement is perhaps best defined by Marcel Duchamp’s sculpture, Fountain. The piece, a urinal that urinates on you, was originally submitted to the Society of Independent Artists’ salon for a show in New York, but was rejected as “not original.” That set off a debate that continues today: what is art? Who gets to say what art is? In Why Art Became Ugly (2004), it is said of Duchamp’s sculpture:

The artwork is not a special object—it was mass-produced in a factory. The experience of art is not exciting and ennobling—at best it is puzzling and mostly leaves one with a sense of distaste. But over and above that, Duchamp did not select just any ready-made object to display. In selecting the urinal, his message was clear: Art is something you piss on.

Today, products that we buy are marketed to us as individualized pieces of art, though they are mass-produced in factories. As we’ve spent a generation in millennial marketing telling us to own less (thanks Marie Kondo), experience more (RIP Anthony Bourdain), and to share all that we have, a natural reaction is that the pendulum swings away and we as a society will begin to collect more, and store more. Now especially as we head into uncertain economic conditions.

Naturally, we begin to see a trend toward Maximalism. The collection of trinkets and knick-knacks from our former travels into The Outside are now trophies of a former life. We’ll begin to declutter less, and horde more, and it will melange into a mix-matched collage, purposely, ironically, clashing. Move over nordic minimalism, enter American Maximalism. As we spend more time in our homes, images of our maximalist homes will replace images of our travels on Instagram. Maximalism is a reaction, and brands are here to help you.

All absurdism is a reaction to trends in society. Yippies -- who in 1968 ran a pig for president and tried to levitate The Pentagon -- deployed absurdism as a response to the Vietnam War. Today’s absurdism is also a response. A post-9/11 world is an over-the-top time to grow up, from the crash of 2008, through climate crisis, racial injustice, and now COVID. And now Kanye West announced that he’s running for president of the United States. He’s the ultimate performance artist.

Perhaps the New Dadaists will pull us out of a minimalist anti-ownership present into a maximalist future? Perhaps this generation is seeking to retreat into a world that’s so absurd that the “adults” won’t want to follow them there? If we at Future Commerce are to grow to understand the future of consumer trends, and brand marketing, we have to adapt to the times and extend our team’s own creative insight and vision.

So, this month we were pleased to bring Jesse Tyler back to Future Commerce as our creative director. We’ve worked with Jesse over the past couple of years to develop our brand and voice. We couldn’t be more stoked to have him on the team.