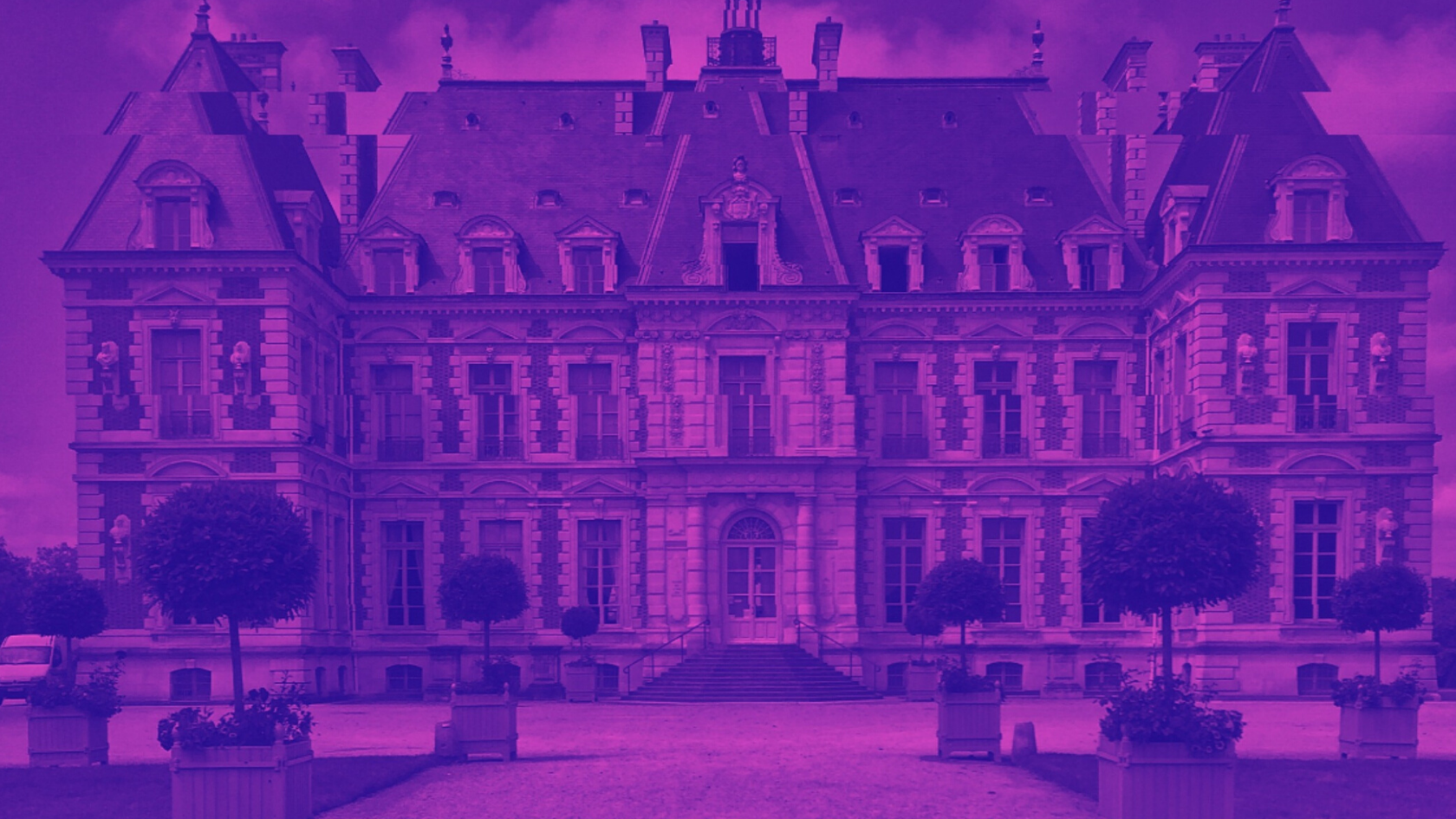 For the past few years, my wife Elizabeth and I have toyed with the idea of moving. We have perused Zillow and Redfin for significantly more time than necessary. The longer and deeper you go into the world of homes, the more you start to notice the selling points. Upgraded counters, floors, finishes and so much more. They go from tile to granite to quartz. From laminate to vinyl, engineered, to wood; from PVC, to pressed... as my friend Buzz would say - to infinity and beyond.

Landscaped yards, patios, decks, wood fireplaces, hearths, exposed brick, natural beams, and more square footage. One trend became especially clear. New homes have it all! Homebuilders have to make sure that potential homebuyers have the goods. The days of filtered home browsing mean if their home doesn’t tick certain boxes, they’ll not even make the search results. All the boxes must be checked - they must keep up.

In 1900, the average home size was somewhere between 700 to 1,200 square feet. That seemed a fine size for us as new houses didn’t get much bigger for much of the 20th century. According to the National Association of Home Builders, the average single-family home built in 1950 was 983 square feet -- barely a starter home by today’s standards.

By 2010 a desire for girth set in. Newly constructed homes for the American family topped 2,641 square feet. Today, a 3,000 square foot house is considered small, and homes in the 5,000 to 8,000 square foot range are surprisingly common.

While our personal spaces grew, the number of people who inhabit them shrank:

One would think that with these giant houses we’d have plenty of room to put our stuff but that doesn’t seem to be the case. As house sizes grew, so did the self-storage industry. Today there are somewhere between 42K - 51K facilities throughout the US, providing Americans with 2.3 billion square feet of extra storage space. According to the Self Storage Association, 67% of self-storage renters live in single-family homes.

The self-storage stats should blow our collective minds. For instance, there are more self-storage facilities in the US than there are McDonalds and Starbucks combined. In terms of revenue, the US self-storage industry is double the size of the global music industry. The majority of people (52%) are long term renters, meaning they want a permanent place to park the belongings they don’t plan on using regularly, or even ever again.

Let’s face it, we’re drowning in our stuff.  Decluttering is now a growth business, just ask any of the professionals who belong to the National Association of Productivity & Organizing Professionals or NAPO. For a tidy fee you can hire a pro to declutter your space. Or, you can tune into Marie Kondo’s show on Netflix for tips on how to shed your belongings.

Editor’s note: this was written prior to Tuesday’s announcement of the KonMari store launch which has a number of items that seem less-than-essential to daily life, like a tuning fork and crystal set.

Girth doesn’t satisfy every need, it seems. We want our stuff to be sophisticated and complex, with lots and lots of features (assuming we can believe the marketing hype).

We want BlueStar, Aga or Wolf ranges with 25,000 BTU burners even though only 27% of Americans cook every day, and only 10% actually love to do so. We want smartphones that can do anything, from taking professional-quality photos of our cappuccinos to post on Instagram, to ample storage space for all those photos of our cups of morning Joe. It’s why 43% of Americans spent $500 or more upgrading our phones, and 86% feel as if they got their money’s worth. And yet, according to Decluttr, a popular resale marketplace and app only 50% of Americans know the actual model of their phone. Over 70% of people age 59 or older are unable to identify theirs. Most hilarious of all, 62% of people who own a 5G enabled phone claim they notice an improvement in service, even though 5G is largely unavailable.

As consumers we’re told -- and eventually come to believe -- we want feature-laden stuff, even though we’re largely unaware of its functionality, much less how to use it. Jackets, coffee makers, cars, speakers, boots, tools … we spend way more for goods than necessary because of all of those useless bells and whistles they come with. Why? For the pursuit of new and to keep up with societal pressures that encourage us to consume for consumption’s sake.

And that overspending is unavoidable. As brands look to compete, they need some new feature or edge over their competitors, so they box-check their way into these features so as to not be left behind. As a result, we have an economy based on overkill.

It’d be one thing if the overkill was limited to things like TVs, stoves, and phones purchased by people who can easily afford the costs, but that’s just not how the overkill economy works. One-upmanship affects the entire range of consumer purchases, often to disastrous effects. Food manufacturers have continued to add “features” (such as salt, sugar, fat and size) to get us hooked on their offerings and eat more than is good for us, leading to the nationwide epidemic of obesity.

There seems to be a growing consumer blowback; an uprising to demand right-sized products. We see little glimmers of it cropping up, such as the tiny-house movement, a trend towards homes that are less than 600 square feet and built on wheels. What’s driving the trend? The desire to simplify.

New research shows that some consumers are no longer willing to upgrade their smartphones each year. And engineers are taking their profession to task for their role in planned obsolescence and its impact on the environment and climate change.

Retail startups have caught on, in the past 12 months alone we’ve seen at least 4 new cookware brands in the direct-to-consumer space. This renewed interest in reacquiring basic skills has seen the launch of Great Jones, Caraway, Our Place, and our guests from Episode 124, Equal Parts.

While Equal Parts’ ample media coverage has hit the millennial cultural nerve it comes at a time when hundreds of creators are preserving life skills via YouTube videos. Do you want to learn what to do with your tomato harvest? You’ll find no shortage of home cooks offering step-by-step instructions to can tomatoes or make tomato sauce. Ditto for how to make pasta or mozzarella cheese from scratch. And, not surprisingly, there are literally hundreds of videos teaching basic knife skills, allowing you to toss all of your specialty slicers and use a simple knife instead.

Watch enough of this content and it’s hard not to be touched by the generosity of these craftspeople who take the time to demonstrate how easy it is to do things like make your own butter or dill pickles. More than that, they’re actively proving that one can accomplish big things with small stuff. They’re a ragtag army of DIYers who have the power to slay the overkill economy.

So is there hope for right-sized products? We see little glimmers of hope beginning to appear. Cuyana is a DTC fashion brand focused on “Fewer, Better Things” and encourages their customers to pair their closets to only pieces they love. They have a donation partnership with ThredUp (CTO Chris Homer is featured in Episode 96) to help their customers cut down in a sustainable way. Phillip recently shared his review of The Conscious Closet, by Elisabeth L. Cline, a book which teaches you to mend and repair your own clothing, and to eliminate items from your wardrobe which aren’t timeless and aren’t made to last. Or as Marie Kondo might say, “they do not spark joy.”

Just this week Patagonia’s Boulder store made way for a pop-up called Worn Wear, which sells upcycled Patagonia garments assembled from damaged returns or worn-out warranty-replaced items. There seems to be an emotional reaction from the shoppers already, who express contentment both in returning items knowing that they’ll be repurposed, and from the buyers, who are looking for unique items with a story behind them. Contentment, after all, is the state of being satisfied with what you already have.

For Elizabeth and I - we did end up making an offer on a large, feature-rich home. However, the deal fell through due to another buyer with a better offer. Instead of being disappointed we actually felt a sense of gratitude. We realized a lot of the features were overkill and we didn’t need them. It’s likely we will buy another house someday, but we are going to be extra thoughtful about the shiny boxes that are checked to capture our attention.