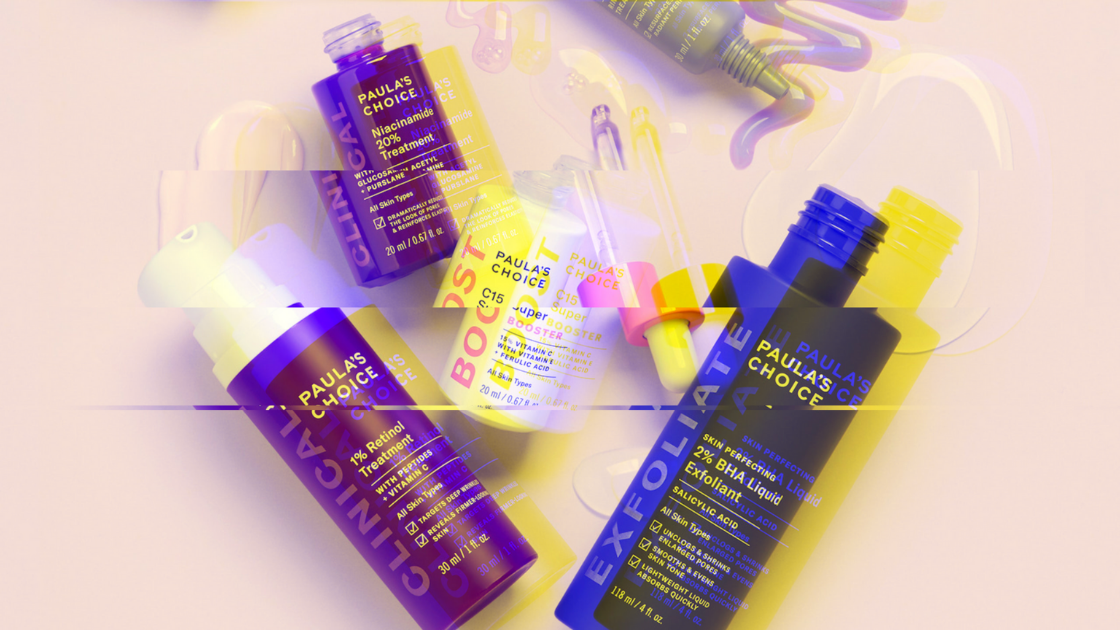 Every sighted person has a blind spot. I'll prove it to you:

If you did this correctly, your thumb will enter the what is called the punctum caecum, or the physiological blind point. Because there are no cells to detect light on the optic disc, the corresponding part of the field of vision is invisible. Processes in the brain interpolate the blind spot based on surrounding detail and information from the other eye, so it is not normally perceived.

Your brain tricks you into not seeing your blind spot, by filling in the gaps.

This week, when WWD announced that skincare brand Paula's Choice was to be acquired for $2 billion, I realized I had a blind spot, too. And that Twitter has been my brain for long enough that it has begun to fill in the gaps of areas out of my field of view.

Paula Begoun is a thrice-published author of books with titles such as Blue Eyeshadow Should Be Illegal. The former cosmetics counter employee was fired for telling her customers the truth about the products she was selling. In 1995, Paula founded Paula's Choice as one of the first online beauty brands. Mind you, this is before Google, before Amazon, and before the dot-com explosion.

The brand has been in the content arbitrage business since the beginning.  Since 2002, Paula's Choice has maintained a searchable online database of ingredients in popular consumer skincare, called the Ingredient Dictionary. In 2008, she launched Beautypedia, a consumer reviews site affiliated with the brand. "Paula's Choice has been doing for years what many newer brands get credit for popularizing" says Emily Singer, author of the popular DTC newsletter, Chips and Dips.

It was only in 2015 when they eyed limited wholesale distribution through Nordstrom, and in 2020 when they launched into Sephora. TikTok and Youtube influencers piled on, and the rest is history. In a WWD article dated April 16, 2021, the brand was thought to be on-pace for $300M in sales in 2021.

All this to say, if you're in the skincare world, you know Paula's Choice. I, however, was hopelessly out of the loop. Apparently I'm not alone. Other students of the DTC space seem to have a dearth  of content around the brand, as well — 2PM's DNVB list lacks a ranking for Paula's Choice, as does the Chips and Dips Inclusion Index. Neither I nor Google could find mention of the brand on Modern Retail, a Digiday property that covers DTC.

This isn't even the first DTC beauty brand to be valued at > $2B this year, either. Earlier this year, Estée Lauder Companies increased its stake in Deceim, the parent company of The Ordinary, valuing it at $2B. The roaring twenties, indeed.

Phase cancellation is a similar phenomenon to blind spots. Phase cancellation happens when two identical sound sources cancel each other out. This auditory version of a blind spot can have a disorienting effect, and it's the magic that makes noise cancelling headphones work.

Here's an example of a sound wave, and what happens when opposing waves encounter each other:

Phase cancellation can occur in a real-life echo chamber. Reflective surfaces provide spots in the room where you may hear nothing at all, or where sound waves gather with such force they can be deafening. (Twitter, anyone?) The cacophony of best-practice threads in the thought leader bubbles online have created a cancelation effect that hide the quiet, steady work that brands like Paula's have done. Their success isn't quiet because they're not brilliant marketers, or their customers aren't powerful evangelists. We're just unable to hear them speaking over our own incessant drivel. Why? What we're saying is out of phase.

I think about this tweet by @jaketheadnerd on Twitter on a weekly basis. It's okay to succeed quietly. Often the Twitter Hive Mind will make you think that the path to success is to loudly celebrate any win, loss, or draw. Consider the number of mentions of other big beauty exits of late: Kylie and Drunk Elephant.

What we quickly realize is that the awareness cycle is grounded in the expectations set by venture valuation. Thought leaders aware of capital markets in CPG become increasingly focused on those brands valued by venture, and their strategies become the subject of public examination.

When Coty acquired 51% of Kylie Cosmetics in 2019, the prior year's sales were down 30% from its $370M height in 2016. Sales picked up during pandemic times to $200M, according to The Wall Street Journal. Kylie's brand has star power and lip kits, but lacks the 20-year search engine optimization and ancillary consumer reviews that Paula's Choice.

There's also the possibility that being private equity-backed is a hinderance for most brands of Paula's ilk. Rare is the $2B PE-backed exit in beauty.  "[Drunk Elephant] gets the attention given it exited in ~1/4 the time with 1/10 the SKUs and Paula’s has been private equity owned for some time now" says Alex Apostolopoulos, Bain alum and Founder of Regimen Lab, a DTC skincare brand.

Not the Only Cinderella Out There

Our blind spots are formed by our predisposition to believing that there are a set number of ways to succeed. The playbook for venture-backed DTC doesn't fit Paula's Choice. The brand name leaves a lot to be desired. The clinical aesthetic harkens back to an older, decidedly more-Helvetica, time. The logo is uninspired. The Salesforce Commerce Cloud-powered site has nothing remarkable, or experiential, about it.

Paula's is decidedly not following the venture-backed pack. Now a unicorn twice over — where a unicorn is a designation for a brand valued at $1B — Paula's have quietly forged their own Cinderella story as the most under-hyped brand to ever gain a rainbow horn. "[Unicorn status is] based on what venture investors think an enterprise might be worth, and their model is to hope to be right 8% of the time," says Jason Goldberg, chief commerce strategy officer at Publicis Sapient. "I probably wouldn’t do something just because Unicorns are doing it."

What they do seem to have is a passionate customer base who profess the products are of outstanding quality. "These tweets just influenced me to place another order" was one response to my Twitter thread on the subject. "So here for a fan club!"

Kristen Meredith, a nurse from Tampa, Florida, discovered the brand through YouTube. "I heard about it on YouTube and IG. I was influenced by Influencers," she says.

When pressed on why she would buy direct rather than purchase on Amazon? "There was a BOGO 50% off."

Paula's Choice's exit gives me hope that there is room for more category-specific knowledge and niche creators in the DTC thought leadership cliques. Had we been paying more collective attention to TikTok and Youtube, we'd have seen the rise of this brand coming from a mile away.

After all, the best way to combat a blind spot? Have someone else spot it for you.