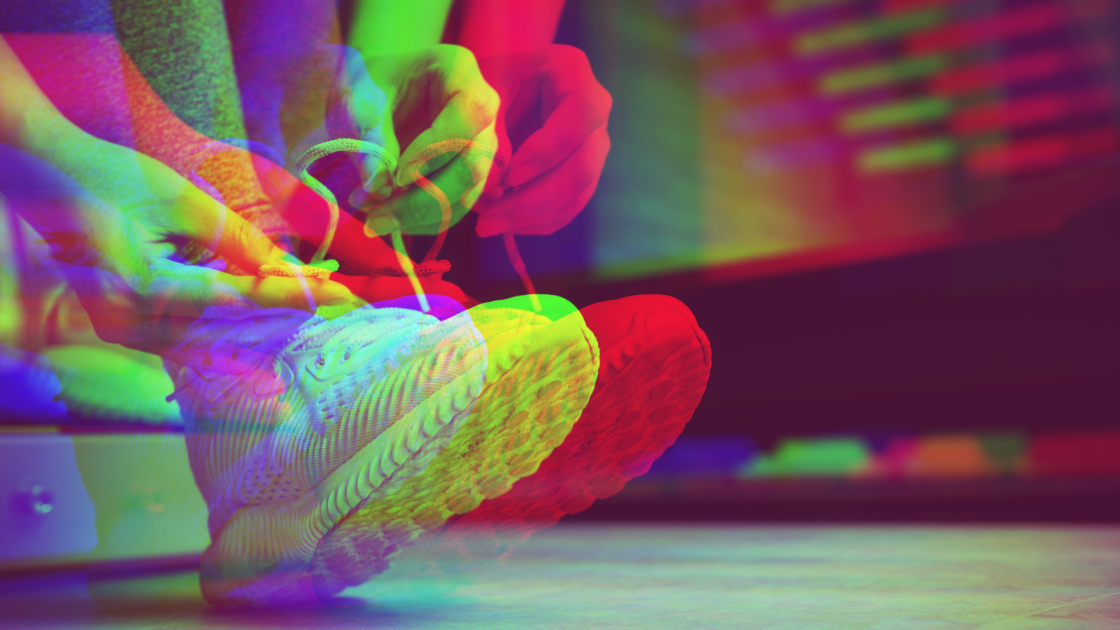 Insiders #067: Resolution Season: Context is Everything

We're in resolution season, so I'm sharing my own story of how I broke the weight loss cycle, how I created healthier habits, and how this relates back to commerce.

When I stepped on the scale on January 17, 2017, I weighed in at three hundred thirty-four pounds. My health had been steadily worsening: I was 36 years old, pre-diabetic, and my blood pressure was so high it had started to affect my vision. It had been a number of years since I had checked in on the ole weigh station. I knew the number was going to be unfavorable, given that my waist size had ballooned to a staggering 50 inches, sizing me out of every mainstream brand.

Because mall brands only carried stock up to a 38-inch waist, I hadn't shopped at a mall in over a decade. In the shop windows are often found stickers proudly displaying "inclusive" messaging like "extended sizing available online", and so I found myself shopping online for clothing more often than others in my social circles. Until I eventually sized-out of those brands, as well.

Despite having a full closet, I had eight shirts and two pairs of pants that actually fit. Those shirts cost an average of $90 apiece from Brooks Brothers, which carried up to an XXL. Jeans started in the $130 range for a low-quality pair from a store like Destination XL. The rest of the closet was vestigial, leftovers from styles (and sizes) from my past.

And then there's food. I spent tens of thousands of dollars per year on the food and alcohol that was fueling this vicious cycle of self-loathing. Dunkin Donuts and Starbucks topped the list with multiple visits per day, adding up to hundreds of dollars per week in breakfast and midday snacks alone.

Not only was my physical condition ruinous and unsustainable, my finances required evermore earnings to keep up with an increasingly public and lavish lifestyle, causing me to take on more quote-unquote opportunity, causing more stress. And round and round we go.

So that January when I stepped on that scale, I broke. I remember violently weeping in the bathtub that could barely hold me, realizing how much all of this cost me, financially and emotionally. That it took work to keep the cycle going.

If I had a dollar for every time someone asked me how I lost one hundred forty-three pounds. My response? You already know. Everyone knows how to lose weight. Diet and exercise. That's it. It's boring, but it's true.

Like others, I had succumbed to trying fad after fad. Mostly these were unsustainable and radical deviations from a lifestyle of moderation and consistency. Rather than making small, measured, improvements, they required big changes that opted me out of a normal life that I could live alongside my family. I tried juicing, keto, "dry January", "no restaurant November", intermittent fasting, cleanses, wraps, weight loss challenge groups on Facebook, you name it.

Exercise turned out to be the thing that sparked change for me. The mere act of going on a walk in the morning changed my routine. I began by walking my kids to school, one mile each way. Then I downloaded Couch to 5K, an app that teaches you to be a runner with progressive run/walk intervals. By the time I got home and showered, I had created nearly 90 minutes of my day without eating. This alone, with no other dietary changes, kickstarted weight loss.

Soon, the positive effects began to show up in my diet. If I ate certain foods for dinner, the morning walk/run would cause them to repeat on me. When done with a walk, I was more likely to make better choices in food. I was slowly trading a vicious cycle for a virtuous cycle.

The lack of drive-thru and takeout visits created a cushion in the budget. I was able to trim out some side projects, reducing my stress.

Before I had ever heard of James Clear, I was practicing Atomic Habits. Rather than work from home in my PJ's I opted to work from an office downtown West Palm. I packed a lunch for work the night before, after dinner, to force Future Phillip to make better choices. Working in an office gave me a community of people who eventually noticed I liked to run. They invited me to go with them, and I accepted.

For me, this community allowed me to sustain the weight loss for these past four years. They continue to inspire and drive me.

This week of the year is when Twitter is typically abuzz with prescriptive advice in the form of recaps about how you can be more successful (aka have more, build more, do more) if you read more, exercise more, think more, Tweet more.

Which is why I found my reaction to Zain's tweet so perplexing. "All you need is discipline" is, at best, a misunderstanding of how complex our emotional connection is to our physical appearance and the space we occupy in this world; and at worst, a gross judgment on the laziness of the average obese person and their unwillingness to make the changes that seem so obvious from an outside observer.

In Zain's logic, one cannot buy a change of mind, but you can tweet someone into changing their perspective by professing your own enlightenment.

On this I can agree: The solution to our obesity epidemic is not found in any diet, product, or a brand, but in a change of mind. What surprised me was my anger at the insinuation that consumers are lazy, lethargic, social-media-zombified masses who willingly gobble up the marketing peddled by a charlatan Peloton, selling streamed-fitness snake oil.

A fury of people in my social circle took up running after my transformation, and I was quick to give them advice. More than a few sustained injuries from running. I felt horrible. I told them everything I did, I shared with them my routines, my eating plans, my training schedule, what shoes I bought.

But what worked for me did not work for them.

In this, I found understanding that there were others who were in the same physical state as me, but who had different circumstances that brought them to that point. They were in the same storm but in an entirely different boat. It was then that I realized how context-dependent my weight loss was. I could not offer advice, but I could offer an ear. I could listen and sympathize. I found that in this way alone could I help. My constitution, my body, my genetic makeup, is not the same as anyone else's.

And this is where it relates to commerce.

I see so many parallels with weight loss in the world of commerce. The broad advice and tactics peddled on Twitter do not amount to a proven strategy. They do not take into account the many and varied complexities that exist solely for you and for your business. What worked for Peloton will not work for SoulCycle because they are the product of two different eras, with two different customers, in wildly different capital circumstances.

How do you improve conversion rate or AOV? Instead of slow and proven methods, we load our sites up with yet another install from the Shopify App Store. The eCommerce App and partner ecosystem are rife with get-rich-schemes that are akin to fad diets for a digital storefront. And for every fad, a salesperson is on standby to market it to you. Those fads change with the times. "Quizzes are losing steam, influencers and affiliates are back in style this season" you can hear the podcast gurus say.

More more more. It weighs on you. You will have too much to balance, and eventually, it will topple. The mindset, the drive, it's important. But the context in which you gain it is yours to find. Chasing fads is unsustainable, and it fuels a vicious cycle.

In 2017, my closet was full of clothes that no longer fit me. It was a museum of a person I used to be but had very little clothing that actually reflected who I was in the present. Is there a parallel there with your business? Maybe it's time to clean out the closet.

As the calendar turns back over to January and we start a new fiscal year, perhaps the best thing you can do for your business is to look where you can do less. Find the vicious cycles of investment that fuel poor decision-making.

Rather than trying to purchase the business you want to be, resolve to accept the business operator you already are, and start from there. The drive, the resolve, and ultimately a sustainable business, will be found in the foundational, the boring, and the mundane. And when people look at your transformation, they'll ask you the same familiar question: "how'd you do it?"