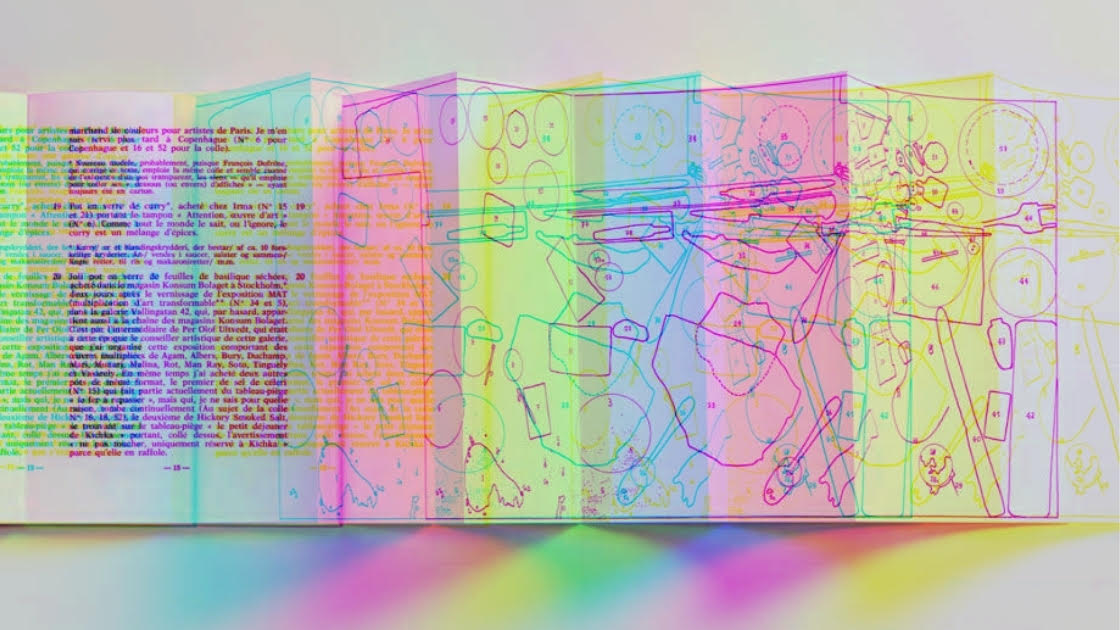 Insiders #055 An Anecdoted Topography of Brands

“It is a maquette for a realisation of the dream that human intelligence might take any fragment of the world and reconstruct the universe from the evidence it provides.”
- Richard Hamilton, describing Anecdoted Topography of Chance

In 1960, Daniel Spoerri glued his girlfriend’s breakfast to the table. Actually, everything on the table, plus the chair, were affixed as found and mounted to the wall to create Spoerri’s first “snare-picture.” This assembly, entitled “Kichka's Breakfast”, and several others were displayed for the first time at an exhibition in Paris later that year.

In 1962, Spoerri created “Topographie anécdotée* du hasard” (Anecdoted Topography of Chance) to accompany a show of his snare pictures. In this book, Spoerri sketched a map of 80 objects on a table in his hotel room. With each object numbered, he meticulously wrote anecdotes for each of the objects, offering nearly scientific descriptions as well as their personal associations and stories. In later editions of the book, Spoerri’s artist friends added their own anecdotes and illustrations, forming it into a fascinating and humorous book of stories, facts, and riddles.

With his snare-pictures, Spoerri pressed his finger on an incredibly powerful part of the human mind. With our many associations and impressions, we bring meaning to even the most ordinary of objects.

Thanks to regulatory controls and lower cost of goods, effectiveness is less of a question for many consumer brands. More often, brands have become a statement of status or belief. A look in most millennials’ medicine cabinets will evidence a shift from big household names to niche brands that become points of self-expression. If each brand represents one data point in our identity, two coming together multiplies this.

Earlier this year, I discovered that the midwest convenience store and gas station chain Kum and Go had a hilariously self-aware online persona. In June, a tweet from them read “we are finally ready to tell the uncensored true story of how we got our name. buckle up because it’s a wild one…” with a bitly link.

Clicking the link took you to the donation page of the NAACP Legal Defense Fund. Since leaving Wawa on the east coast and moving to the midwest, I didn’t think I could love a gas station so much.

That was until Kum and Go released a Budweiser collaboration tee. Borrowing the classic Budweiser label artwork, Kum and Go made tees and tank tops that said “Kum and Go Drink a Budweiser - World’s Best Buds”. I bought one immediately.

A month ago, I would have never pictured myself walking into a McDonald’s and saying “Travis Scott sent me here.” I still can’t, but I’ve seen enough videos to know it’s a thing.

Travis Scott has taken hip-hop’s culture of features and collaborations far beyond his peers. Beyond working with the industry’s biggest voices and producers, he’s stretched his influence to dozens of brands from Reese’s Puffs to the Golden Arches.

With an established brand like McDonald’s, one might think there’s little that a rapper can do to improve their well-established image. But when the collaboration dropped, franchisees saw a significant sales jump because of the Travis Scott Meal - a Quarter Pounder with bacon and lettuce, fries with Tangy BBQ sauce, and a Sprite with extra ice.

The most striking part of Scott’s McDonald’s merch was how familiar the visual elements were. Using inspiration from decades of McDonald’s campaigns and menu items, he created a series of pieces that tapped into a nostalgia I didn’t realize I had for the McDonald’s of my youth.

What is it about good collaborations that gives us joy? They’re not just limited or surprising, they’re good storytelling. I’m not talking about softball pitch collabs with brands under the same mega holding company. I’m talking about big, audacious crossovers that make you look twice.

In August, Scottish Brewery BrewDog called out Aldi UK on Twitter for selling a blatant ripoff of their flagship Punk IPA. BrewDog mocked Aldi by tweeting an image of their own beer can using Aldi’s branding, with the name Yaldi IPA (Yaldi is a Scottish slang term to show excitement).

And they did! Now Aldi UK will stock their shelves with Ald IPA brewed by BrewDog. With each sale, BrewDog and Aldi will each plant a tree as well.

The truth is that many of the best collaborations aren’t crafted in a marketing laboratory. They’re an attentive call and response with the real world.

In 2000, the streetwear and skateboarding brand Supreme ironically used the Louis Vuitton pattern on their merch and they were swiftly shut down by Louis Vitton’s lawyers. In 2017, fashion purists were shocked when Louis Vuitton announced a collaborative line with Supreme. Supreme is a gritty, irreverent brand that started in the counterculture. Louis Vuitton is pure luxury, with an extremely protected brand.

So what happened in those seventeen years? The lines blurred between luxury and streetwear. The Futura Bold Supreme logo is as much of a flex as the Louis Vuitton monogram.

Brands put in the work to present themselves well, but ultimately, their perception is at the mercy of their audience and their customers. No brand exists in a vacuum and their positioning is informed by context and the world around them.

When the objects on Spoerri’s hotel room table were mapped and annotated, new life was given to each piece. Simple objects now shared stories between one another and had purpose in his publication.

Long before the agencies make their pitch decks and the PR firms are called, brands are collaborating by chance. While I stop at Kum and Go for a six-pack on my way home from work, a hypebeast in Japan is picking out their outfit for the day: an irreverent pairing of a high-end fashion brand and skateboarding sneakers.

The best collaborations are from brands that see the alignment, often by chance, and have the boldness to get out the glue, mount the pieces, and show it to the world.