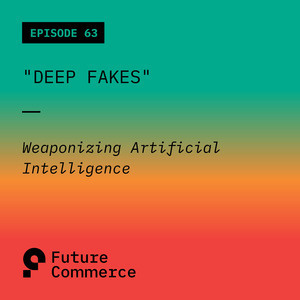 What happens when you no longer control your own likeness? Is there an ethical line to be crossed with posthumous product spokesmanship? We skirt the line in this episode and get topical - talking about the subject of ethics and artificial intelligence and how online communities have banned "Deep Fakes" - pornographic simulations produced by artificial intelligence.

Incredibly complex technology in the hands of the people:

BACK TO THE DUDES

BACK TO INFLUENCERS! (Honey I shrunk the influencers.)

Who will influence the influencers?

Back to Body Data!