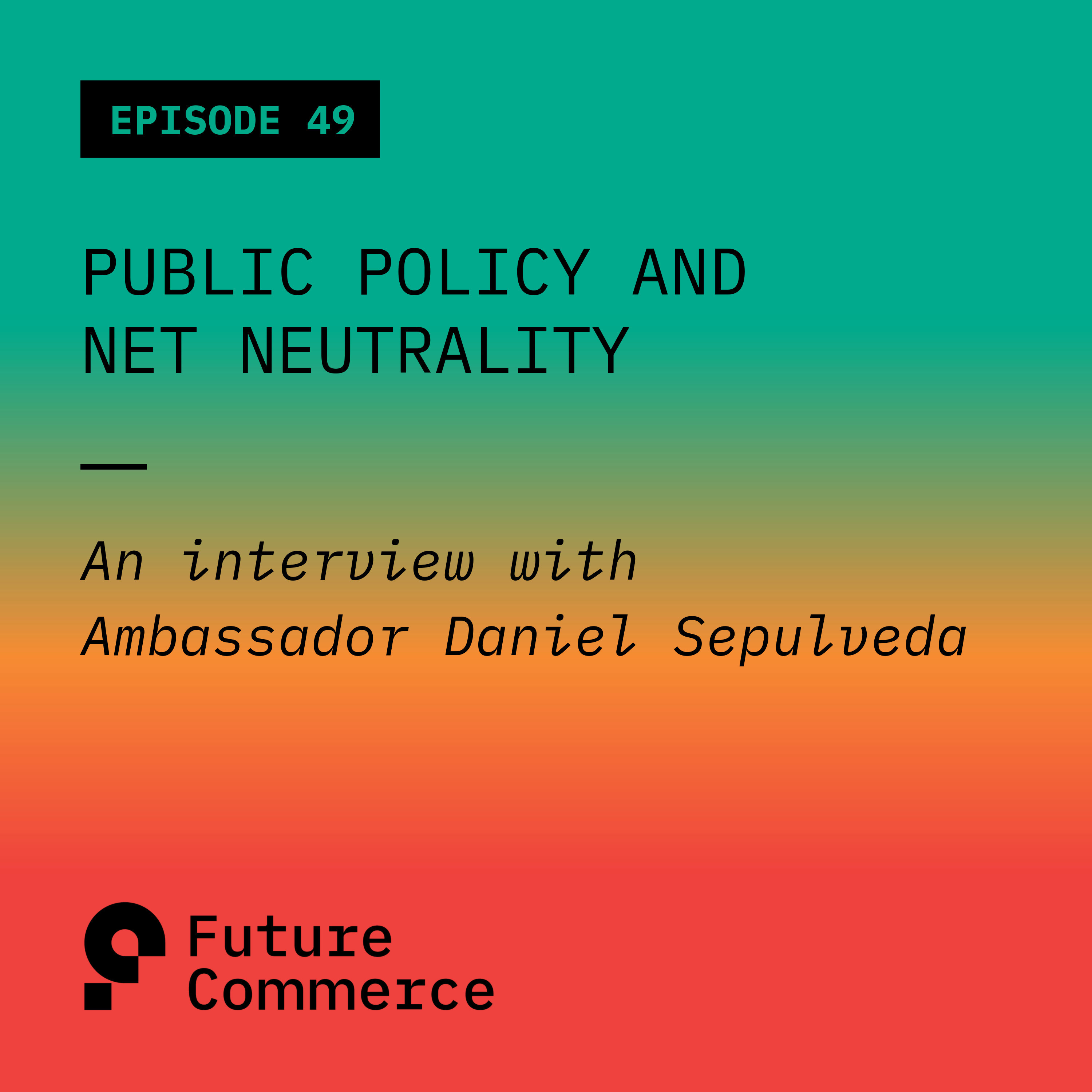 This week we dive deep into the public policy that reflects the challenging relationship between commerce, the internet, tech giants, domestic and international policy, fair treatment of employees, and the future of our economy. With the help of Daniel Sepulveda, Phillip and Brian tease out the threads and agree that “we’re going to have to make a communal decision to involve everyone in the modern digital economy or we’ll have a bifurcated society” that falls prey to the wolves of populism.

Daniel Sepulveda, "ambassador of the internet":

On what we take for granted when using the internet:

A brief summary of ICANN: what it is and how it functions

How to develop a modern workforce: