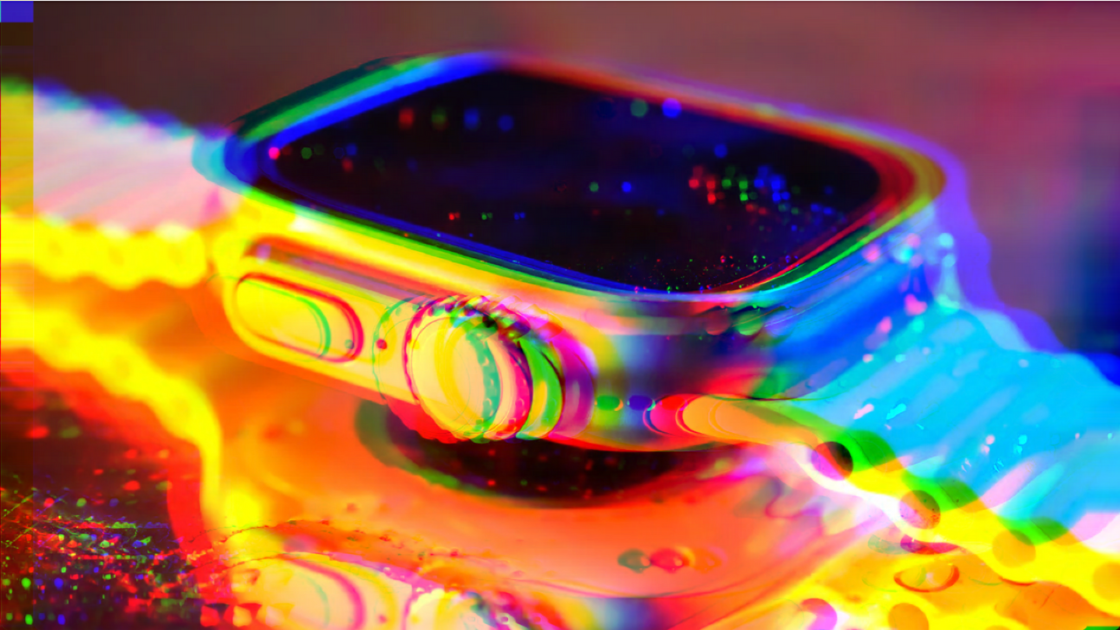 It’s spooky season, which can only mean one thing: my kids will be dressing up in their latest character obsessions and asking our neighbors for candy. But role-playing isn’t just for kids. Full-grown adults role-play every day. Consumer brands outfit us with our costuming. But rather than a cape and cowl, or a plastic battle axe, we buy Peloton bikes and Apple Watches.

Today on Insiders, we’ll unpack how Peloton and Apple continue to stratify luxury goods by luring the middle class into ownership, and how the stories they tell keep us reaching for the next rung on the economic ladder.

Tools of the Trade

As a nerdy pre-teen playing pen-and-paper RPGs, full immersion into my D&D character required more than just a character sheet marked up with scrawled-upon stats and Surge cola stains. It also required the appropriate costuming and makeshift weapons of warfare.

Today, consumer brands provide us with the same tools for immersion. More specifically, luxury plans play to these sorts of fantasy and wish-fulfillment emotions that allow us to immerse in the story of who we want to be.

In a recent episode of our Visions Podcast, consumer venture investor Michael Miraflor recounted how luxury timepieces become elements of role-play for the rich and powerful:

Luxury timepieces tell a story of their provenance that allow us to live out our fantasies. Today, Apple enters into the luxury timepiece market yet again, with Apple Watch Ultra.

The original Apple Watch was positioned as a health and wellness device. It moved beyond the standard fare of the quantified self and included life-saving features such as an electrocardiogram. It was aimed at the upper-middle-class consumer who wanted a luxury watch experience, but who needed to justify the price with aspirational fitness functionality.

This is a well-defined playbook. Brian spoke about “The Overkill Economy” way back in Insiders #015:

Overspending is unavoidable. As brands look to compete, they need some new feature or edge over their competitors, so they box-check their way into these features so as to not be left behind. As a result, we have an economy based on overkill.

Apple Watch Ultra is the ultimate overkill. It’s a sophisticated smartwatch that provides technology features for adventures facing the harshest of environments. Scuba divers will find a dive computer with 40 meters depth rating, while mountaineers will find emergency SOS and way-finding tools that will stand up to whiteout conditions.

But where the original Apple Watch gave a consumer useful tools to live everyday life, the Ultra goes beyond to enable death-defying feats and harrowism. It allows the consumer to role-play as an adventurer.

Or, as Esther Coen put it:

The Luxury Recreationalist vs “IYKYK”

A true adventurer can recognize a rogueish elf when they see one. They can also spot an imposter without a perception buff. (Is the D&D in-joke going on too long? I promise we’re almost done.)

The original Apple Watch is now so commonplace that Apple creates the next step up. This is something that is uniquely Apple. As Ben Gilbert put it on a recent TWiST podcast:

Apple has done that no other company in history has managed to do... they have created the mass Market high-end. [Oracle founder] Larry Ellison has available to him the exact same phone that you and I, and anyone [else], have — we both get blue bubbles, we both get all the same apps.

Apple has created aspirational devices that democratize premium experiences for everyone, with minimal differentiation. That key differentiation point — price — is loosely tied to hardware features, backed by niche software improvements.

Owning the $800 Ultra is a status symbol for people that will never dive to its maximum depth rating, or make use of its SOS functionality. Having the Ultra on your wrist will separate you from those who have the original Watch, while also telling on your recreationalist peacocking to the true in-crowd.

Cal Evans, a local technical scuba diver in Palm Beach, had this to say about the Apple Watch Ultra: “This is a boon for Apple people who are also scuba divers. I don't see serious divers adopting it as their primary computer any time soon.”

The same could be said of their other devices. Apple is a master of redefining luxury, to the point that it’s part of the playbook:

Ultra is well-named; it is the ne plus ultra, the apex of the product line — but not in features alone — it’s meant to differentiate the rich from the rest of us. Mostly because actual professionals would never use Apple’s gear.

Even so, maybe the Apple Watch Ultra isn’t pro enough?

Brooke Robbins, head of portfolio at Republic, and a PADI certified rescue diver with 150 dives under her belt, doesn’t think the dive computer on the Ultra can live up to the needs of a non-recreational diver: “[Apple Watch Ultra] only accommodates dives up to 40m. Yes, that's the limit for recreational diving, but other watches in this price range are geared toward technical divers.”

The Garmin Descent, while more expensive at $1,200 USD, offers both multiple dive modes and can go down to 100m in depth, making it a more practical purchase for advanced divers. While the Ultra may be a consumer signal for status on the wrist of a well-to-do friend, the Descent is sure to get an “iykyk” nod from other pro divers.

Robbins goes on, “it's [also] unclear whether or not [Ultra] can accommodate non-gas air mixes, like Nitrox and Trimix. This would be a crucial feature for anyone serious about diving, as the reduced levels of nitrogen in Nitrox mixes allow you to stay underwater longer at deeper depths or over multiple dives.” Similar criticisms have been dealt by the ultrarunning community, of which I am a part. 60 hours of battery life makes it the worst-in-class device for the long-distance runner.

Real tools of the diving trade aren’t made by a consumer goods brand like Apple. They’re made by enthusiast brands like Garmin. No serious diver or ultrarunner will buy the Ultra to replace their devices. Evans goes on, “Personally, I'm not giving up my Garmin Mk2i for it. The irony is I gave up my Apple Watch for the Garmin.”

Stratification in Luxury will Continue

Apple isn’t even the latest to stratify its product line. Meet Peloton Row: a $3200 device aimed at an ever-diminishing luxury fitness market. The long-rumored product arrived to a stock market price dip from the covid-era fitness brand that has tested numerous 52-week lows as of late.

Peloton is like a late entrant to a long-running D&D campaign — they seem a bit lost, and are working hard to catch up. Concept, the company behind the C2 rower made popular by Crossfit, has an affordable rower and a recognized brand that is used by professional athletes worldwide. As a technology platform, the Concept line of machinery falls woefully short. Where Peloton could make a true impact is in the competitive head-to-head nature of the real-time video platform, and in guided workouts, something that Concept has yet to be able to deliver upon.

The market is surprisingly large for a $3200 rower, it seems. Peloton is facing SEO challenges for its own product launch, because its main competitor, Hydrow, has been referred to colloquially as “the Peloton of Rowers” organically since at least 2018. Their late entrance at a similar price point should be aimed at their existing customers, but its launch date and availability are as-yet unknown.

Roll a 6 for Enchantment

But the spell hasn’t taken effect yet, and Peloton is left waiting a turn for the cast, mostly because it feels like the brand isn’t executing a stratification strategy, but rather betting the farm on a bailout.

The Peloton Rower isn’t for the Crossfit junkie. It’s not for the competitive collegiate athlete rower, either. It’s for a role-playing luxury consumer looking to outfit their home gym with the Peloton brand, seeking to compete with other non-rowers that own the same equipment.

To institute a playbook without the position of dominance in the market is like casting the wrong spell prematurely (levi-o-sah).

One thing that concerns us: there’s no space for recreationalists anymore. The plussing of products has created aspirational consumers out of all of us. As our own Brian Lange put it in Insiders #50: The Enthusiast Economy:

It’s hard to imagine minimalism making a dent in our psyche at all. Do you know any actual sports fans that are minimalists in their fandom? That is to say - people who are true fans but keep their fandom paired back to the essentials?

Hardly. Is that a bad thing? Maybe not. But it may not be a terribly sustainable strategy in the midst of a recession.

Luxury as a category, however, is often considered to be recession-proof.

Will consumers buy it the way they have bought into Apple’s role-playing? Not everyone can be convinced. Serial entrepreneur Chris Bakke put it bluntly, “You can buy a Concept2 rower, mount a 55” TV from Costco above it and use the $2,000 that’s left over to short Peloton.”