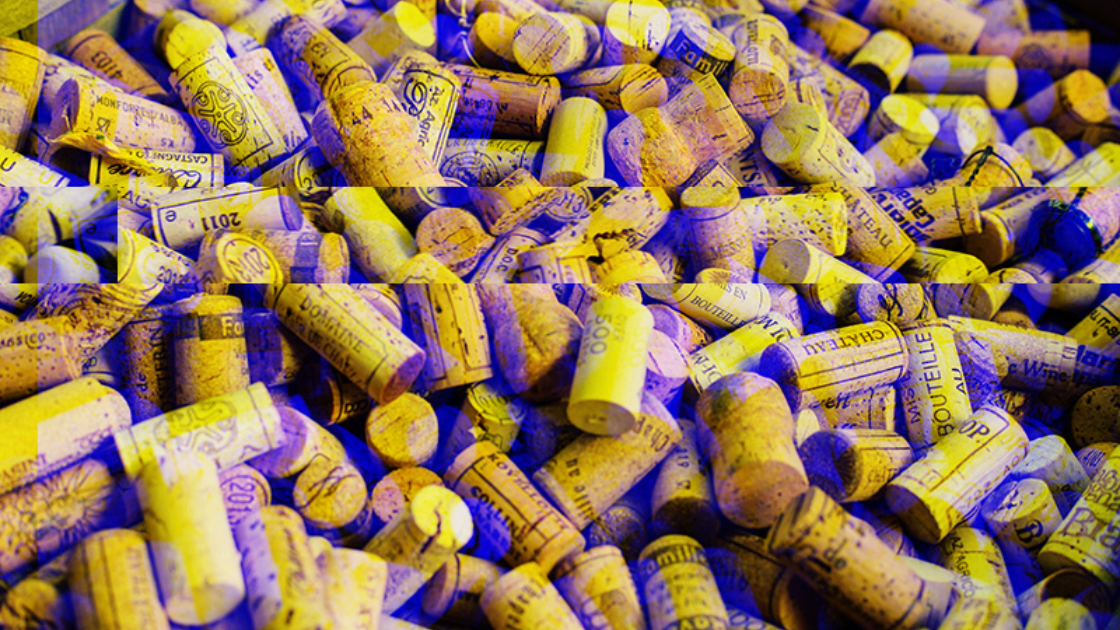 My eyes had barely adjusted as I woke up this morning. I saw a tweet, and thought I might still be dreaming. “Thinking of returning my Whoop. Anyone else?” To my surprise, I was not only awake, but there were a handful of likes, and a dozen comments.

Whoop, a longtime darling of the DTC space for its ‘quantified self’ fitness band, requires a pricy monthly membership to own. The band tracks your heartrate data, and provides feedback for “recovery” and sleep tracking.

What’s surprising about this exchange is how unthinkable it would have been to see it take place just one year ago. Fitness fads come and go, but adherents in the DTC space lavished praise upon praise for this device and the entire experience around it. They joined together to compare recovery information, discussed the ill effects of alcohol on their sleep, and jeered at Amazon when they released an Alexa-enabled knockoff (for much cheaper).

“I’m thinking of selling mine too!” said one respondent.

“I’m tired of it telling me that alcohol is bad for me” said another.

In my timeline alone five more threads with similar criticisms for Whoop began to pop up throughout the day. I began to wonder: have we uncorked a long-held frustration with Whoop that had been latent all along? Or have we become disenchanted with the DTC space overall?

What gave people on Twitter the permission to air frustrations now? Is it concern over the economy? Is it examination of spending? Why now?

This capitulation seems to come at the end of a series of other market capitulations and sour stomachs. With sentiment around DTC at an all-time low, more criticism and critique are beginning to emerge. This is “The Uncorkening”: latent criticism that was stymied by the loudest voices in an ecosystem who didn’t feel that they had permission to speak up, has now been unleashed.

In today’s piece, we’ll examine the three ways that DTC sentiment is beginning to turn: the business models have proven unsuccessful at a critical time in the economy, the products don’t live up to the hype and are overpriced, and the loudest voices have been silenced or have moved on.

1 - The DTC business models have been unsuccessful

The Direct-to-Consumer (DTC) Era of eCommerce brought with it some incredible opportunities for enterprising people to pursue their entrepreneurial dreams. It also brought a cult of personality and gatekeeping that bullied people into silence while propping up a portfolio for early-stage investors who were eager to try to build brands for their own benefit.

I don’t profess to be an expert on eCom or DTC, and I am not a “student” of the DTC space, as many have professed to be. But it doesn’t take an MBA or an academic deep-dive to find that the handful of IPO exits have had lackluster results.

Of the 12 DTC IPOs tracked by Nate Poulin, only one, Lululemon, has sustained growth in an otherwise bear market. Even then, Lululemon’s stock is off some 33% year-to-date, which is quite bullish considering that Stitch Fix, Allbirds, and Warby Parker are down 80-90% off their IPO prices, respectively.

The original promise was that DTC, specifically led by eCommerce, would remove middlemen and form a direct connection with the consumer. This led to dogmatic and zealous adherence to a new type of business model that disinter-mediated the need for a retail store. Now, some ten years later, we see pureplay DTC brands with physical retail, in wholesale, and on marketplaces. “DTC is no longer a strategy or a channel. It’s a vibe” said one industry insider to me on a private phone call, referencing the similar brand aesthetic that so many millennial-focused brands of the 2010s espoused.

Meanwhile, eCommerce is nothing but middlemen. The margin-erosive nature of the cloud eCommerce platform ecosystem means that operating a retail business — digital or otherwise — is as full of middlemen as it ever was. “The SaaS Tax” is a shorthand used by industry insiders to describe how small points of margin are being extracted bit-by-bit, and those taxes linearly scale with your business’ revenue, no matter how much you earn.

This means that customers pay more for a product purchased via eCommerce than a traditional store-bought brand found at Walmart or Target. The expectation is that the product is more bespoke, of a higher quality, or has an intangible benefit, such as a community, that makes the price of entry “worth it”.

That promise doesn’t seem to be holding true, however.

2 - The products don’t live up to the hype

Another factor of The Uncorkening in DTC is that the loudest voices and advocates for DTC have often silenced criticism by playing a trump card — to critique a small brand is to criticize the founder behind the brand.

This kind of attack silences critics, because being “anti-founder” is a no-no in DTC circles. These small brands often have just one or two full-time team members, and a horde of part-time contractors, and have often positioned their founders as being a public figurehead for the company. Sometimes the founders are under-represented minorities, which adds taboo to the would-be critic.

A clear example is the brand Immi, a small DTC ramen brand founded by “The Kevins” — Kevin Lee, a former VC, and Kevin Chanthasiriphan, a former Facebook product manager. The “better for you” ramen was following in the footsteps of other DTC consumer packaged goods brands which offered a protein-laden, lower-sodium, alternative to store-bought brands.

The brand is objectively beautiful, and their launch strategy was solid. They seeded product to a number of influencers. I bought the ramen of my own accord in January of 2021. The nine-pack of ramen cost me $61 shipped. When I cooked it, not only did it not look like the pictures, but the noodles were grainy, soggy, and the broth tasted sharp and sour. Not at all like a 99-cent Top Ramen.

“I didn’t even try the ramen” confessed one of the launch-day Immi influencers who I spoke to over Twitter DM. “Dude it’s so gross” he later admitted.  When I reached out to one of the Kevins for a refund, they graciously responded and offered a 50% refund. Their team worked on a revised version of the product, Version 2.0, which has a 2.88-star rating and a bevy of 1-and 2-star ratings on Thingtesting, suggesting that they haven’t fully solved their formulation issues.

A quick search reveals similar criticism on Reddit, where anonymity and the ability to be outspoken is a built-in feature to the platform. On Twitter, however, there are few, if any, critiques.

Immi didn’t just sour me (pun intended) on eCommerce CPG and pretty-looking more-expensive brands. It soured me on the model altogether. I was coerced into purchasing a product for 60X the market rate by a person I consider to be a friend, who was hyping a product that he himself had never tried. When I later criticized Immi on a podcast with a guest familiar with Immi, they asked me to remove my comment from the finished interview due to their status as an angel investor; meanwhile the guest also cited knowledge of how unfavorable the reviews had been and didn’t like the product themselves.

3 - The loudest DTC voices have quieted

As capital outcomes wither for those who had built their reputations on the examination of the DTC space, the loudest voices were silenced.

Due in large part to The Great Resignation, and to the inaccessibility of capital in the current state of the markets, many of the most visible DTC acolytes have moved on to new projects or industries.

Chris Cantino, co-founder of Schmidt’s Naturals, a DTC deodorant brand with a 9-figure exit to P&G, is now a full-time Web3 proponent. Web Smith, founder of 2PM and former co-founder of DTC men’s shirting brand, Mizzen and Main, has been silent on social media since April of 2022. Among other factors, mental health seems to be a large factor for folks exiting the public conversation; Kelly Vaughn, former co-founder of The Taproom and Govalo, stepped back from day-to-day operations. Kristen LaFrance, after leaving Shopify, moved to SaaS startup Repeat as community manager, but has been quieter than usual on Twitter. Helena Hembrecht-Price went quiet on Twitter in 2021 following a separation from Woody, her ex-husband and co-founder of Haus.

Even Nate Poulin, an outspoken proponent and 15-year veteran of DTC, sent a stunning tweet: “Wrestling with the reality that the market leading Brands built 20 years ago or longer are going to be the Market leaders for the next 20”.

Without these outspoken voices, the space has been eerily silent, and momentum has slowed.

We’ll look back on the disruptor-brand DTC Era as primarily benefitting the R&D departments of KFC, Target, and Amazon, who have been able to operationalize and capitalize on the new consumer expectations created by venture capitalists — The Senses, January 27, 2022

To Nate Poulin’s point, the incumbents will succeed in the wake of a DTC failure. Disruption Theory states that, when an entrant tackles incumbent competitors head-on, offering better products or services, the incumbents will accelerate their innovations to defend their business.

This has proven true on all accounts.

What’s more concerning for DTC is that we’re at the beginning of a long market cycle which may cause us to cut spending. As concerns about the economy grow, people are going to re-examine their spending. If they don’t feel intrinsically connected to a product, or to the person who is selling it, they have fewer reasons than ever to buy it direct. A form of Brand Romanticism seems to be dying. In our Visions 2022 report, we found that 42% of consumers buy from products to support the brand, despite not liking or desiring the product directly. This kind of behavior will subside as consumers refocus their spending on Essentials, away from Expendables.

My own experience with The Uncorkening is that, until today, I had feared repercussions on publicly sharing my own first-hand experiences with DTC brands that fail to live up to their promise. Nik Sharma, a revered and well-connected proponent of DTC, is closely tied to the Immi project. As are many capital allocators and connected angel investors. My critique would likely have cast a pall over Future Commerce, and labeled me as “anti-founder”, or worse, critiquing one of the few pairs of under-represented minority founders with venture backing in our space. We should be praising and celebrating successes like Kevin and Kevin have had in getting the project funded and launched, not deriding them.

Rather than speak out, I said nothing. But on a dime, the environment has changed, and we’re waking up to the reality that the DTC Era may have come to an end. When I woke up this morning, I was already convinced that I could live without boujee ramen. Tonight when I go to sleep I’m  convinced that I do not need a $30/month Whoop band.

What will The Uncorkening make me not want to buy next?