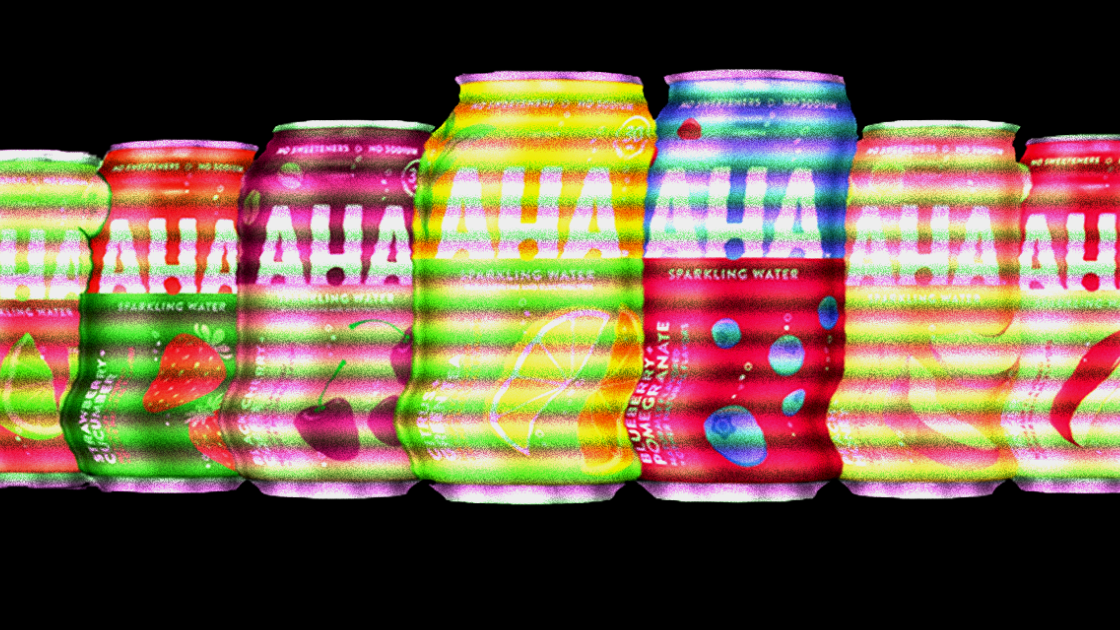 In an issue of The Senses last month, we unpacked an interesting inversion that is taking place in the market: large enterprises are experiencing growth and brand “innovation” by adopting both niche- and broad-market trends. Basically, the disruptors of the prior decade have created an aesthetic and brand voice that has been easily co-opted by larger companies.

Whether they realize it or not, the big VC firms do recon for the world’s mega-brands, spending countless sums in a quest for the next big thing. When a “disrupter” takes off -- when the market proves an idea or product has legs -- the Targets and the Coca Colas of the world introduce their version of it (think Coke’s introduction of AHA after LaCroix cultivated a market for flavored sparkling waters or any of Target’s homegrown DTC brand). Is market research complete? Check!

The thing is, brands like Coca-Cola and Target have significant advantages, namely unparalleled distribution and huge customer bases. They can turn the proof of concepts VC firms nurture into billion-dollar brands without any of the risks of gambling on something new (Target has at least seven or eight such brands that do more than $1 billion in gross merchandise value). It’s fair to say that the investment community has spent trillions of dollars creating opportunities for the economy’s incumbents. VC newsletters are the new Christmas catalogs for these guys.

It didn’t use to be this way, and I can’t help from wondering how an entire sector of the economy that’s dedicated to creating new companies ended up working in the service of old ones? Back in 1997, Clayton Christensen’s book, The Innovator's Dilemma: When New Technology Cause Great Firms to Fail made a huge splash and immediately garnered a cult-like following. These were still the early days in the Internet economy (Google was founded the following year and Amazon was just a nascent bookseller).

Christensen’s theory of innovation disruption was both brilliant and visionary. One of the key themes is that internal organizations, left to their own devices, will eventually stagnate. Who in the work world hasn’t experienced this first hand? We see a corporate culture that’s ladened with processes and infused with internal politics that lead to rot.

To combat stagnation, Christensen advises companies to acquire disrupters -- nimble companies from within the sector that are establishing new trends or applying technology in new and interesting ways -- to force change, to show the old folks how to meet the future.

It’s an attractive idea. We’ve written about companies that acquire a disruptor, build an enterprise center of excellence around it, and wait for the transformation to blossom.

One of Future Commerce’s earliest blog posts espoused this very notion. In it, we celebrated Macy’s acquisition of Story to create STORY at Macy’s, a “narrative-driven retail concept that invites you to explore over 70 small business brands and hundreds of products.”  We were convinced that STORY could reinvigorate the company, and bring in lots of new customers who otherwise considered Macy’s a store for their grandmothers. We also predicted that STORY would usher in a clienteling revival. It was a classic innovative disruption. Forbes called the acquisition a “small but bold move that could save the department store.”

Rather than spur innovation, STORY languished. It was beautiful. It was the talk of the town. It seemed really differentiated, and it leaned into the Macy's ethos so department stores feature shops within a shop. But consumers didn’t engage with it, and in the end, it was a bust.

A Plague of Disrupters

‍
Here’s the problem: there are a lot of disruptors in the marketplace.  Like a lot a lot. And over the past few years, venture capital has ramped up in the United States, churning out disruptors at amazing speed and volume.

Twenty-five, thirty years ago, venture capital-focused on silicon chip production and manufacturing capabilities that scaled that side of the technology sector. It spiked during the dot-com boom, but fell after the bust and stayed modest for the next ten years. In 2017 it went haywire again, flowing into brands and software that drive eCommerce and all things web3.

The Innovator’s Dilemma would ask: how does Shopify stay nimble? Christensen is likely to advise Shopify to acquire an NFT company. How does Adobe stay relevant? Acquire Magento, of course.  Such moves inject a staid business with a dose of much-needed modernity.

But here's the dilemma with the Innovator’s Dilemma: Most of these businesses aren't all that disruptive to the market. Like STORY, they have a sizable cultural impact, but they're not creating the tsunamis of customers as promised. And they’re certainly not threatening the incumbent brands in any way, shape or form. Isn’t that the litmus test disruption?

And therein lies the opportunity for Walmart, Target, and AB InBev: rather than acquire disruptive capabilities through an M&A, they simply see who’s having a cultural impact, and copy the aesthetic and ethos. They can co-opt the behavior and mission-driven mindset without going to the negotiating table.

Ironically, the main beneficiaries of the VC-enriched, direct-to-consumer era -- with its performance-artists brand and ironic and irreverent brand voices -- are those who need the least amount of help. And it’s probably cheaper for an incumbent to launch a start-up brand than to spend $1 billion acquiring a Dollar Shave Club.

We see this phenomenon everywhere. KFC hasn’t acquired a single company, but it has keenly observed the way Millennials and Gen Zers flock to brands that lead with irony. The company works with brands like Crocs and Mischief to gain loyal followings. And the chain has partnered with hip hop artist, Jack Harlow to tell younger consumers that they too are a hip and irreverent brand.

Walmart tried the Clayton Christensen route by acquiring a bunch of DTC brands. In 2017 they went on a buying spree, acquiring Bonobos, Modcloth, and Moosejaw in short order. “Not one of them proved successful under Walmart stewardship, not one of them.”

That’s not to say that established retailers haven’t experimented with Clayton Christensen’s playbook by acquiring multiple DTC brands. They have, but with mixed success. In 2016, Walmart spent $3.3 billion to acquire Jet.com, hoping the site would be the shot in the arm its eCommerce initiative needed. But the disruption never happened, and in 2020, the company shut down jet.com.

2020 seemed to be the year when deploying an acquisition strategy as a means to modernize a business stopped working.

What does work these days? What has actually succeeded in modernizing Walmart? Its decision to parrot the Target model: shop online, pickup in-store, deliver to the consumer’s car, last-mile delivery so that it gets to your doorstep. That, and building out a killer partnership network.

For instance, Walmart has a partnership with Shopify, so that Shopify brands can sell directly to Walmart’s 120 million shoppers in its marketplace (Walmart Connect, its retail media play, lets those brands drive sales by advertising to consumers as they shop on walmart.com).

Another important concept of The Innovator’s Dilemma is the notion of the s-curve, which is the steep climb required to innovate and deploy new technology effectively. Companies tend to invest in the part of the market that’s growing fastest, but as time goes by they need to ask, is this a worthwhile bet?

I think Shopify is experiencing this dilemma right now. The company is set to acquire the logistics company Delivery. Why? Because there’s no point in creating websites if eCommerce merchants can’t get their products into the hands of customers within a reasonable timeframe. Accustomed to free two-day delivery, consumers have grown skeptical of small brands. It’s easier to find an alternative on Amazon and get it ASAP.

This means that if Shopify wants to grow, it will need to look more like Amazon, and Deliverr seems like a smart acquisition. But is it enough to transform the business? eCommerce is facing some stiff headwinds, and that means Shopify is as well.

‍
Ecommerce is down from pandemic levels, as people are returning to in-store shopping, which makes life uncertain both for DTC brands and the platform providers. Once again, the chief beneficiaries are the traditional retailers. Even when a DTC brand creates desire for, say, a fluffy tie-dye hoodie, consumers can save money and get it quicker by visiting their local Target and picking up a More the Magic version of it.

Big corporations have a long tradition of co-opting the work of emerging brands. Those old enough to have lived through the personal computing and local area network revolutions may remember that this was Microsoft’s strategy. Back in the 1980s, young LAN developers, essentially two Neds in a Shed, were introducing new productivity tools, like electronic calendars and address books. When the market validated the need, Microsoft announced it was planning to roll out a similar application. Companies that used Microsoft invariably opted to wait for its version, and a lot of small LAN companies went out of business.

I recently saw a TikTok video documenting how Apple lifted and benefited from Braun designs. Why spend money inventing something that’s already been market-tested.

I could be wrong, but I do think it’s entirely possible for VC firms to wake up and realize they’ve spent billions of their money creating more opportunities for Target, or any brand that has crossed that magical chasm and has a large presence with the consumer.

Venture capital is most successful in hacking the brand-building system by infusing capital into brand-building activities. It took Casper just 10 years to get the kind of brand recognition it took Serta 100 years to achieve. But does name recognition equate to success? Casper brought in around $580 million in sales in 2021. Target’s internal brands brought in $30 billion.

It’s hard to get around the fact that it’s the incumbents who benefit from the disrupters, and not the other way around.  Of course, there will always be entrepreneurs who just want to build a DTC brand, but they should be prepared to go it alone. And if they’re building it with the hope of a fast and profitable exit, they may be in for a heap of disappointment.