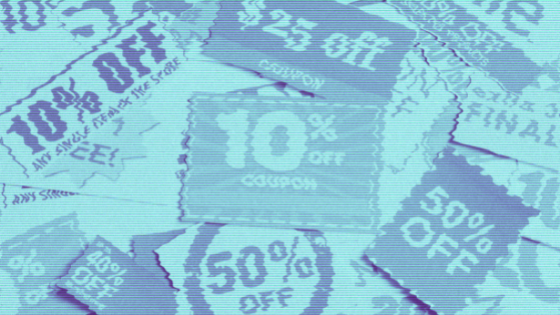 Insiders #120: Tread Lightly: Coupon Blogs, False Advertising and the Role of the FTC

“This should be illegal,” Sean told me, emphatically. “The fact is we don’t discount, we don’t issue coupons, and we don’t sell on Amazon! So it should be obvious to the Google algorithm that any Amazon brand or coupon blog using Kuru in its description is not authentic.” Sean McGinnis, former CMO and now President at Kuru Footwear, has been dealing with headache after headache, and his present issues may require legal intervention.

Kuru has seen explosive growth over the past two years, but it hasn’t been through Amazon. The orthopedic footwear brand decided long ago to bow out of Amazon and other marketplace channels, in favor of building a direct channel through the web. As they say, “mo money mo problems”, and the growth of Kuru has led to a set of challenges that any brand with modest scale will find challenging to overcome — brand squatters, and price manipulators.

A brief search on Google for “kuru footwear discount code” reveals a number of coupon affiliate sites that make their money based on last-touch attribution. The last-touch model preys on bottom-of-funnel activity: customers who are about to convert (purchase), but who are looking for a bit of a better deal at the eleventh hour. Kuru does not discount or offer coupon codes. In fact, Sean says that Kuru removed the coupon code from its shopping cart software, Magento, long ago; an effort taken specifically to prevent those who may bounce out of a purchase while looking for a deal.

Affiliate whack-a-mole and the role of the FTC

Coupon sites make money by striking affiliate deals with DTC brands, taking a percentage of revenue in commission from a converted sale.

Sometimes those deals are mutually beneficial: a brand can control its pricing by publishing a middle-of-the-road discount on these sites in an attempt to thwart the circulation of higher-tier discounts. By offering up a 5 or 10% off coupon on the highest-trafficked sites, like Knoji or Retailmenot they placate the buyer while giving up a few points in margin. Proponents of this strategy will say they’re capturing otherwise abandoned purchases. Opponents would argue those customers aren’t loyal or likely to return anyhow, and it was a dilutive sale with bad margins. There are merits to both arguments.

In Kuru’s case, the discounts advertised on the coupon blogs aren’t even remotely accurate. Sean attests they’ve never offered clearance discounts to the tune of 80%. Knoji and Dealscove in the above screenshot from a cursory Google search, then, are misleading, if not outright deceiving, to the consumer. The goal — build up a bevy of referral traffic through the coupon blogs and coerce Kuru into forming a direct relationship. By owning a significant amount of organic traffic on brand terms, a site like Dealscove may be able to persuade a brand like Kuru into listing authentic discounts and grabbing a small sliver of margin in the process.

Sean and I agree that this is an area that needs expanded consumer protections. My first thought was that there must be existing regulations that the Federal Trade Commission has jurisdiction over that would come into effect here, after all the role of the FTC is “to protect consumers and competition by preventing anticompetitive, deceptive, and unfair business practices through law enforcement...” or so its Wikipedia page says.

The FTC’s charter is expansive — and Congress can empower the FTC to enforce its laws, as it did in 2003 with the CAN-SPAM act. On the whole, the FTC governs fair pricing practices and unfair competitive behavior. The FTC has recently flexed its muscle with online shops that engage in seemingly unfair practices. In January, the federal agency ruled that online retailer Fashion Nova pay an historic $4.2M in fines for suppressing negative reviews. Fashion Nova is the largest Shopify store by revenue, totaling greater than $625M in revenue in 2021, according to EcommerceDB.

Just because laws exist doesn’t mean that people follow them. My conversation with Sean is happening via Zoom, in my car, amplified via Bluetooth to my Airpods. I’m managing to squeeze in a Starbucks order while chatting with him, while stopped at a red light, of course. This conversation is happening in Florida, however, where all of the above is legal. I have just one Airpod in, a technicality making my behavior legal, as Florida Statutes state that having both ears obstructed is the crime. What's more, I can use my cell phone while the car is stopped unimpeded, and there are no laws (yet) governing live streaming or video streaming in a vehicle in motion in Florida.

False claims made by a site might be challenged by Kuru individually. They can pursue legal action and threaten the sites with takedown notices. Many will comply. But this becomes a case of whack-a-mole, where addressing one will lead to another inevitably popping up. Kuru may elect to approach the Utah state attorney general’s office to help police the matter. Or, Kuru could approach the state AG of Texas, where Retailmenot is incorporated. Like driving laws, many trade practices are left to the States to handle. If I were in New York, I would be subject to a fine or arrest for my vehicular shenanigans. There are no federal statutes governing phone use in a vehicle.

When asked about rules regarding pricing manipulation and elasticity testing, Forrester retail analyst Sucharita Kodali put it plainly: "If [price manipulation by a retailer is] discriminatory against a person, send it to your state Attorney General. But if it’s just dynamic pricing or testing, you’re probably out of luck. They would have gone after airlines long ago if there was any case.”

States play a major role in creating consumer protections that become de-facto standards. CCPA, the California Consumer Privacy and Protection Act, has become a baseline for data privacy and protection and is modeled after the European equivalent, the General Data Protection Regulation. An internet business could, in theory, decline to do business with Europe or the State of California in an order to be exempt from these laws. It’s unlikely, however, as California is home to 39 Million consumers, 51% of which are middle class, and internet-connected. In short, businesses would be leaving a lot of total addressable markets out of the funnel.

Legislative functions aren’t the only mechanism we have for establishing rules for eCommerce. In 2018, The US Supreme Court ruled 5-4 in South Dakota vs. Wayfair, a judgment that cemented the retailer’s responsibility to collect sales taxes on out-of-state purchases. Sometimes judgments aren’t even necessary. Accessibility compliance in the United States has not been decided with legislative or higher-court rulings, but rather summary judgments in lower courts, and a multitude of out-of-court settlements. “ADA Compliance”, a trade colloquialism referring to the 1990 Americans with Disabilities Act, governs physical buildings and public spaces, and the right to “reasonable access”, a term that has been stretched to include online retailers and online public spaces.

Whether at the Judicial or the Legislative level, at the Federal or the State level, or even an adopted common practice, the lack of rulings or guidelines for businesses engaging in false advertising is clear. It is our opinion that the FTC should establish clear guidelines to protect online businesses from the algorithmic supremacy of a blog that can dynamically create false discounts, misleading consumers, and financially benefit in the process.

While not directly related to pricing, the coupon blogs are skating on thin ice, and are at the least guilty of falsely advertising a discount. The FTC has a recent track record of upholding false advertising claims. According to its website:

The FTC recently upheld charges that POM Wonderful made false and unsupported health claims for its pomegranate juice and supplements. The Commission also filed false advertising charges against the marketers of Your Baby Can Read!, a program that promised to teach infants and babies to read. The agency settled with the company making the claims and its former CEO, and is litigating its case against the creator of the program. The FTC also obtained settlements with the marketers of the Ab Circle Pro exercise device and Skechers toning shoes, negotiating at least $55 million for consumer refunds.

It’s worth noting that this FTC victory lap blog cites rulings that happened between 2012 and 2013. More recent online protections from the FTC take the form of guidelines for influencer marketing disclosures. While coupon blogs don’t fall under the umbrella of “social media influencer,” they typically have the same financial arrangements for compensation: referral revenue and commission. If influencers and affiliate coupon blogs have an equivalent financialization model, they should operate under the same rules. The influencer guidelines clearly state that you must disclose, in plain language, that you are being compensated to post about a product, or that you benefit from the purchase of the product.

By these rules, an entire sub-genre of Twitter thought leader may come under scrutiny. In another version of our universe, Angel and VC Twitter are held to the same standards as Kim and Kylie — you must disclose that you are an investor, that you stand to benefit from the promotion of a product. What’s more, the guidelines state you cannot talk positively about an experience with a product you have not tried, or that you have had a negative experience with. Like, half of my Twitter timeline would be subject to fines if this were enforced.

Federal oversight isn’t likely, given the distractions facing the present administration: war, sanctions, inflation. Federal prosecutors have their hands full with consumer complaints in first-of-its-kind indictments for Web3 schemes, for instance. The Southern District of New York has recently made arrests for an alleged “rug pull” by the creator of the Frosties NFT, for making false claims as to the future roadmap and utility of the product. Frosties sold out in 48 minutes, netting 355 ETH, an equivalent of $1.25M in USD at today’s exchange rate; a sum that is orders of magnitude smaller than the equivalent revenue being skimmed by coupon blogs on last-touch attribution scams.

The fed is using existing laws to pursue prosecution: namely wire fraud charges. Perhaps these laws are broad enough to catch an NFT project out on false claims while effectively fundraising; they’d be woefully inadequate to pursue false advertising on behalf of a coupon blog.

At worst, coupon blogs are attempting to extort Kuru into a formal relationship by falsely advertising knowingly misleading discounts that will not work and have never existed. In this case we need Federal Guidelines, or the establishment of a de-facto consumer protection law at the level of a California or New York that would make it all but impossible to ignore.

The FTC should establish clear rules of the road for coupon blogs.