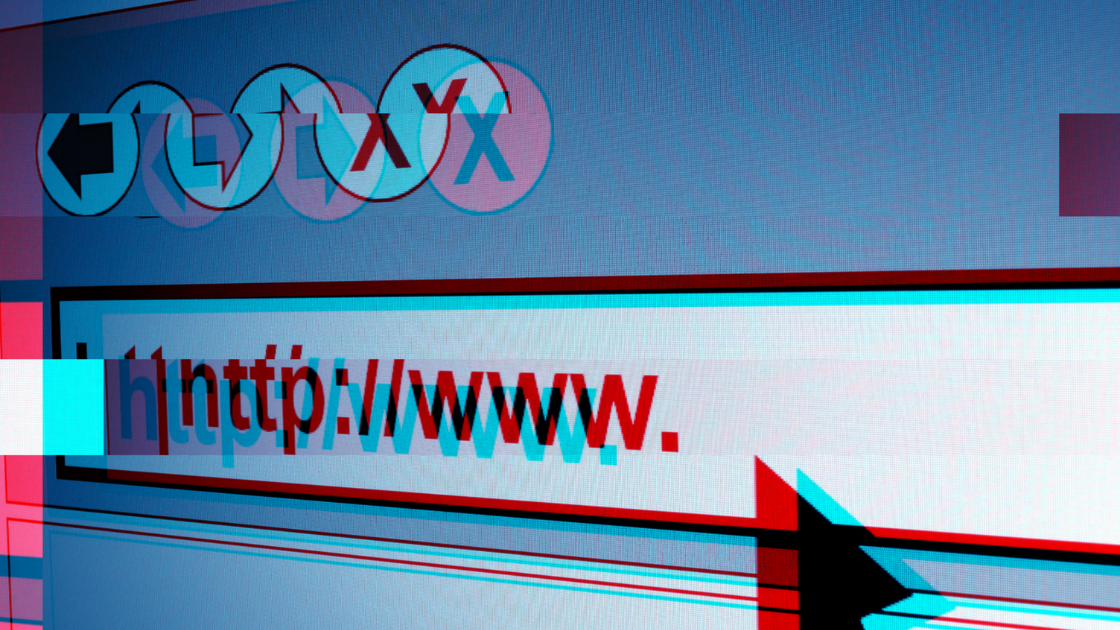 Insiders #105: Cybersquatting in the Age of Decentralization

Our opening phrase for nearly 6 years on the podcast has been "Welcome to Future Commerce, the podcast about next-generation commerce", which is a great way to remind ourselves that we should be focused on what's next, not what's now.

It'd be hard to own a property that examines the future of what commerce means in the world without doing a deep dive on web3, and decentralized finance. Much of our perspective on the role of web3 can be found in this year's annual Nine by Nine report.

I registered my first www domain in 1999. The domain was for a creative studio that I launched with two friends. My friend Eric, a CAD artist-turned-web-developer, and his roommate, Julie, a photographer.

To register cost $35, which was pricey for us at the time. We couldn't even afford email. I still have a business card that we printed at 2 AM at Kinkos, the day before a big "pitch" meeting to build an eCommerce store. We held that meeting at a local Bennigan's bar. We were too young to drink, the client got sloshed, and we got stuck with the tab. $35, as well, if I recall correctly.

We operated under the name Spiralbound Studios. Don't bother internet sleuthing, even the Internet Wayback Machine has decided that we were never relevant enough to index.

I remember the date that the domain expired, and we didn't have the funds to renew it. It fell into default, and it was snatched up by a domain squatter, where it has been hosted for over 20 years now. This kind of proactive domain registration was common in the early days of the web. The nature of Web 2.0 was that there was no public registry of just how many of these domain aggregators exist, and how much of the dictionary they're currently sitting on.

This is precisely why the Web 2.0 era saw so many startups named with vowel-less derivatives of dictionary words. Flickr, Tumblr; even Twitter was originally Twttr. Domain brokers command huge sums of money to procure domains for those willing to be discovered by their well-known brands. We recently tried to purchase futurecommerce.com and it went about how you'd expect:

Thanks for that offer, but considering the lifetime value of a powerful domain name to a company with a big enough vision for its brand, $45k is a demonstrated market value for comparable domain names.

Where domain name registrations were protocol-specific for Web 2, they're chain-specific for Web 3. The old Domain Name System (DNS) was universal and for all World Wide Web name resolution.

Web 3 names differ based on the chain. Ethereum wallets names end in .eth, and Solana wallet names in .sol. These were the first NFTs — non-fungible tokens— which are novel, and useful, examples of how NFTs are more than just collectible jpegs, they can actually provide functionality. In this case, resolving a plaintext name to a wallet address.

Top-level domains (TLDs) such as .org, .net, or .com, were created in the old Web 1 system to signify the type of network. Then regional domains came along—.us, .uk, .de. Chain addresses are similar, and top-level domains signify which chain you're on.

Squatting in web3 is every bit as rampant as it was in Web 2.0; to "own" a brand requires you to register the name across multiple chains. The primary difference is that, due to the public nature of blockchain, we can examine which addresses resolve to common wallets.

This means we can see which wallets own which domains and find the squatter aggregators. What we find is that there are small-time opportunists who are concentrating their squatting into specific verticals. In at least one case, targeting commerce-focused media brands.

One example is the wallet address for websmith.eth. If you're unfamiliar, Web is the founder of 2PM, an entertainment- and commerce-focused media business. In researching this piece, I found that there is an Ethereum Name Service, or ENS, address registered for Web Smith — websmith.eth. In conversation with Web over Twitter, a squatter owns this name.

This squatter, who we'll call 0x3649 (the first 4 bytes of their wallet address), owns no less than 18 other ENS names, all loosely related within Web's sphere of influence. Those addresses were all registered within a similar timeframe.

Those addresses include names for trademarked or recognizable properties that Web has often referenced on Twitter, or on his popular 2PM newsletter. Those include:

The common link between all of these diverse people and personalities is that Web has spoken about them online and off. This kind of targeted squatting provides useful insight on how squatters in the old Web 2.0 world, and the new web3 era, where opportunities might lie. The person or collective at the center of this squatting activity seems to be a media business insider or a subscriber of 2PM.

The legalities of web3 and cybersquatting

Squatting is, for the most part, illegal, and covered under now-decades-old consumer protections known as the ACPA, the Anti-Cybersquatting Protection Act of 1999. This act was an extension of the Lanham Trademark Act and attempts to protect the owner of a trademark from being infringed upon by an opportunist.

But it is only illegal insomuch as the registrant, or the squatter, attempts to profit off of the ownership. Ownership alone is not illegal, as it is covered under fair use according to the ACPA:

Registering, trafficking in, or using an Internet domain name with bad faith intent to profit from the goodwill of a trademark belonging to someone else, is illegal.

Thanks to the emergence of NFT marketplaces, the solicitation of the ownership of a particular ENS name never needs to take place. Searching for an ENS name on Opensea reveals the owner, and an offer can be made in-the-clear. This removes a middleman from the traditional system, which required a broker, or an arbiter, to resolve disputes or to transfer assets through an escrow system.

The pace of progress, though, opens a number of legal questions.

Challenging legalities in web3 wades into territories unknown. Earlier this year, the Solana chain faced a trademark infringement episode when the entirety of the Bored Ape Yacht Club collection was republished on Solana without the permission of the founding team, Yuga Labs.

Solana is the chief competitor of Ethereum, notable because of its relative speed—it can perform transactions up to 10,000 times faster than the older ETH chain can. At the time of writing, Solana touts a $30B market cap, and Bored Ape Yacht Club is one of the most popular, and highly capitalized, communities in web3. The apes have a vibrant (and now, very rich) community. Original Apes on the Ethereum chain often sell for north of $300,000USD.

The Solanapes collection, as it is known, is a full-bore republish of the original project. It is effectively infringing on the artwork, and the theoretical copyright, of the original BAYC project.

As the ownership of the assets is entirely on-chain, the question becomes (should a court decide that this project is indeed infringing) how to remove it? The asset is non-fungible. It cannot be changed. At most the images could be removed from the cloud storage on the IPFS—the Interplanetary File System—but it, too, is decentralized and fundamentally anonymous.

How will courts and juries apply law to these types of challenges? Who is culpable, the chain, the creator, or the purchaser of infringing goods? If the chain, then does Section 230 extend to a chain that operates as an open-source project, and not a platform or a network that has a centralized operator? Are these new Decentralized Autonomous Organizations open their voting members to legal ramifications if someone on the network acts in bad faith? These are questions that are yet unanswered that will need to be dealt with in the near future.

As for cybersquatting, common sense would apply. Squatting on a likeness, or a trademarked term, is illegal in the United States, with clear precedent. The challenge will be how to track down and litigate the owner/aggregators who are otherwise anonymous.

Welcome to a new era for Commerce

In Tom Standage's seminal work The Victorian Internet, he makes the argument that a new medium for communication impacts the culture when it is not just novel, but when it becomes commerce-capable. For the telegraph, this was when goods could be ordered and moved around between intercontinental telegraph networks.

Locating wallets by a human-readable name, and routing payments to those wallets, is at the core of the decentralized technologies behind web3. The most novel use of the NFT is the name registration capability. The ability for any participant on the network to register, own, and transfer ownership to any other party, creates a valuable asset; and so it creates a valuable opportunity for commerce.

The impact on culture for web3 is apparent. How brands wrest control from the squatters is unclear. Solving this with a new era of law means we're at the threshold of a new era of commerce.