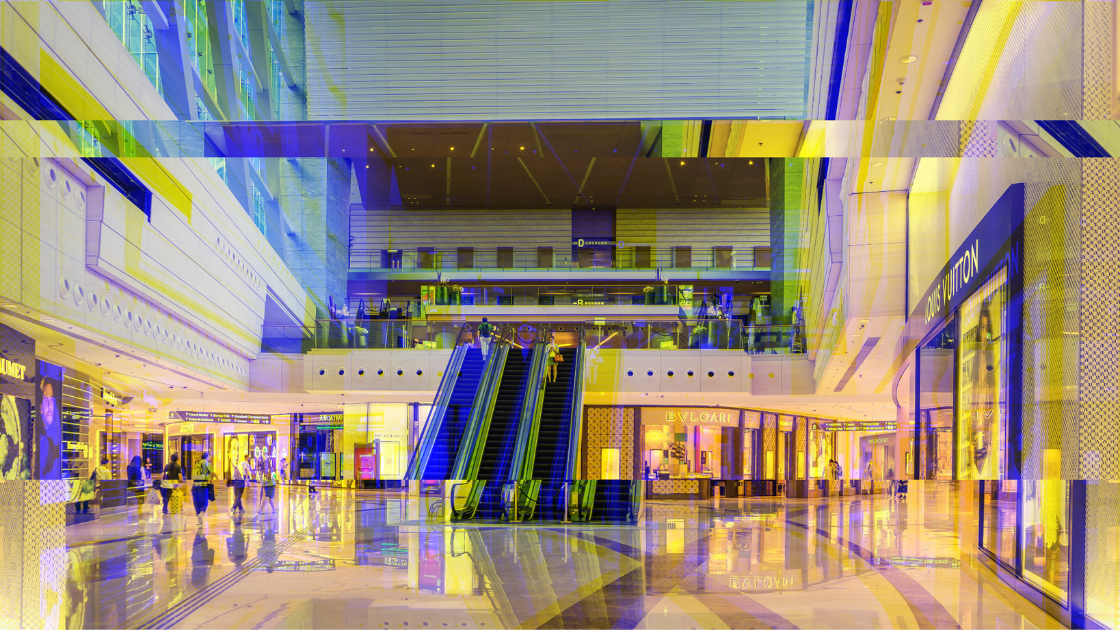 Recently, it occurred to me that some of my most vivid childhood memories were...visiting stores in the mall. Naturally, I started to wonder why the mall was occupying so much of my mental real estate.

Nothing particularly good or bad happened at the mall. It could be exciting but also mind-numbingly boring. And coming from a solidly middle-class family, I certainly wasn’t buying something on most of these visits.

It seems that other 80s and 90s kids can relate.

In an attempt to get closer to the answer, I revisited these memories in detail and took note of what truly stood out to me. Here are some notes from my short voyage through time back to the glory days of the 90’s shopping mall:

What stood out to me in all of these memories was sensory–sight, touch, scent, and sound. I now know that this was by design. I spent some time working in visual merchandising for the Abercrombie & Fitch NYC flagship during college and every aspect of the in-store experience was carefully considered.

Mall stores were probably the most well-considered places that the average 90’s kid experienced. Compare the immersive retail experience of the mall to your average big-box retailer, downtown mom & pop, or even the institutional school buildings where we spent most of our time.

Outside of the mall, functionality and thrift were the top priorities. This was before the internet transformed tastemaking into a national pastime (and potentially lucrative side hustle) and before the fast fashion business model brought high taste to the masses at affordable prices.

It’s fair to say that visits to the mall were my first luxury experiences and probably yours too. In my last piece, I covered the academic definition of a luxury experience: an experience that purposefully addresses at least one of the five senses to evoke emotion.

This strategy of borrowing from the luxury playbook at a lower price point was incredibly successful. Many of the brands burned into my memory are still standing today—A&F and Bath and Body Works among them. These brands were carried through decades of retail disruption by the strong emotional connection forged with consumers in the 90s.

But for every success, there is another brand that faded into obscurity or filed for bankruptcy. So what happened?

If you visit a mall today, you’re likely to have one of two different experiences. You’ll either find true luxury players like Louis Vuitton (in top Class A malls), or you’ll more likely find yourself slightly depressed than inspired (all other malls).

The immersive retail experiences of the 90s cost money to produce and maintain. These costs were offset by a thriving ecosystem of shared foot traffic and the expansion of the middle class. Both of those supports are now gone. Mall foot traffic has been falling since the Great Recession in 2008 and the middle class has been shrinking for most of the 2000s.

Mall retailers today are likely to cut costs by investing less in staffing, fixtures, and maintenance. They’re also likely to cram the floors with merchandise in a desperate attempt to make up for plunging sales per square foot metrics.

The Audience For “Taste At Scale” Has Changed

If you look around an emerging neighborhood in an average midsize city, it’s hard not to find a business with a well-considered retail experience. The mid-2010s millennial coffee house aesthetic has become so ubiquitous that culture writer Kyle Chayka famously labeled it “airspace” and it’s become common knowledge in corporate America that if you want to appeal to millennials, a certain “look” is required.

In the internet age, we’ve taken the principles of accessible luxury and inverted them. In the 90s the mall was a collection of distinct aesthetics that could be repeated geographically. Each aesthetic appealed to a different niche, and you could reliably find your niche wherever you went.

Since the 2010s the ubiquitous “airspace” aesthetic is the design template for every business catering to the upwardly mobile. Hotels, coffee shops, and boutiques all follow the same framework with slight “local” variations. For example, a cafe in Bushwick, Brooklyn may hang art from local photographers and carry T-shirts that were screen printed down the street.

This approach allows travelers to experience something familiar and acceptable, while also claiming a unique sense of place. The shift in strategy reflects the changing composition of these businesses’ target audience: people with disposable income. In the 90s that was a broad group—the middle class—looking to explore its various identities through consumption.

Today it’s a smaller group—the professional class or the HENRY. They still have distinct tastes, but catering to sub-niches is a risky bet when you could offer something that is broadly acceptable but still differentiated from the average big-box experience.

The Barriers To Entry Are Lower

Billion-dollar mall brands no longer have the monopoly on creating luxury experiences at scale because the capital requirements are lower and access to the components of taste is essentially free.

To create a mall brand in the 90s you needed a veteran merchandiser with an almost instinctual feel for the market, a seasoned creative who had invested decades in absorbing source material and honing his or her craft, and fat coffers to fund a physical retail expansion.

Today’s aspiring Millennial brand builder has been honing their eye for close to a decade building Tumblr mood boards. They have access to low overhead retail options like pop-up stores and have the option to pre-fund merchandise production through platforms like Kickstarter.

Everyone has the tools to build a small fiefdom of taste and monetize it. So the mall is no longer differentiated as a portal to a higher level of sensual experience.

What Can We Learn From Mall Luxury?

Traditional shopping malls may be on the decline today, but some of the retailing strategies they relied on still hold up.

Before everything was available within 24 hours online, mall anchor tenants were the “everything store.” If you needed a mother of the bride dress, a new set of pans, or a baby shower gift, you went to a mall anchor like Macy’s, JCPenney (RIP), or Sears (also RIP).

Anchor stores carried a broad product assortment in an attempt to meet as many utilitarian needs as possible. These stores played a key traffic-driving function in the mall. But non-anchor retailers inside the mall were where the fun happened–Abercrombie, Victoria’s Secret, and Bath and Body Works drew you further into the belly of the beast with the promise of entertainment and discovery.

As an online retailer, there is no more shared traffic. Amazon’s skill at being an “everything store” does not translate to more traffic for your independent brand. But brands that cater to a more focused audience shouldn’t lose sight of the need to stand out through discovery and world-building. You need a differentiated reason for shoppers to bring their web traffic to you.

Iconic mall brands of the 90s made use of the principles of luxury without charging luxury prices. They simply cared a little bit more about things that others overlooked and charged a little bit of a premium to make up for it.

Even if you don’t sell at the luxury price point, it’s always worthwhile to care a little bit more about things that others in the market overlook...as long as those things matter to your customer!

Before VS, A&F, et. al. rose to prominence, the in-store experience was often overlooked. Small, independent retailers took the same utilitarian approach as mall anchors, without the benefit of efficiencies of scale. And before Warby, Bonobos, et. al. rose to prominence, design, and branding for most product categories was overlooked. No one stopped to think “what if eyeglasses or chinos could be...cool?”

If I had to pinpoint what is being overlooked today, I would say product utility/quality and post-purchase experience. Many products don’t live up to the marketing hype that precedes them, and most consumers are essentially left to fend for themselves after their credit cards are charged.

We’re All Seeking The Same Thing In Different Packages

We’re all looking for the same things. Once basic survival needs have been met, humans seek out community, purpose, and unique identity. Successful brands are able to charge a premium because they fulfill these needs.

In the 1980s and 1990s, the mall was the physical nexus of community and brands succeeded by selling pre-packaged identities. After the great recession, as internet adoption accelerated, communities splintered into niche online venues. People felt less alone in their tastes and preferences, but more physically alone than ever before. To scale, brands needed to hit a broader target without alienating a shrinking base of affluent consumers. The DTC Bland was born.

In the present moment, COVID has exposed the fragility of physical, IRL communities and new options for coming together virtually are emerging every day. Instead of blandness, a new wave of brands launched by younger founders seems to embrace distinct design and anti-aesthetics. The underlying needs of Gen Z align with their elders, but the “how” is still evolving. 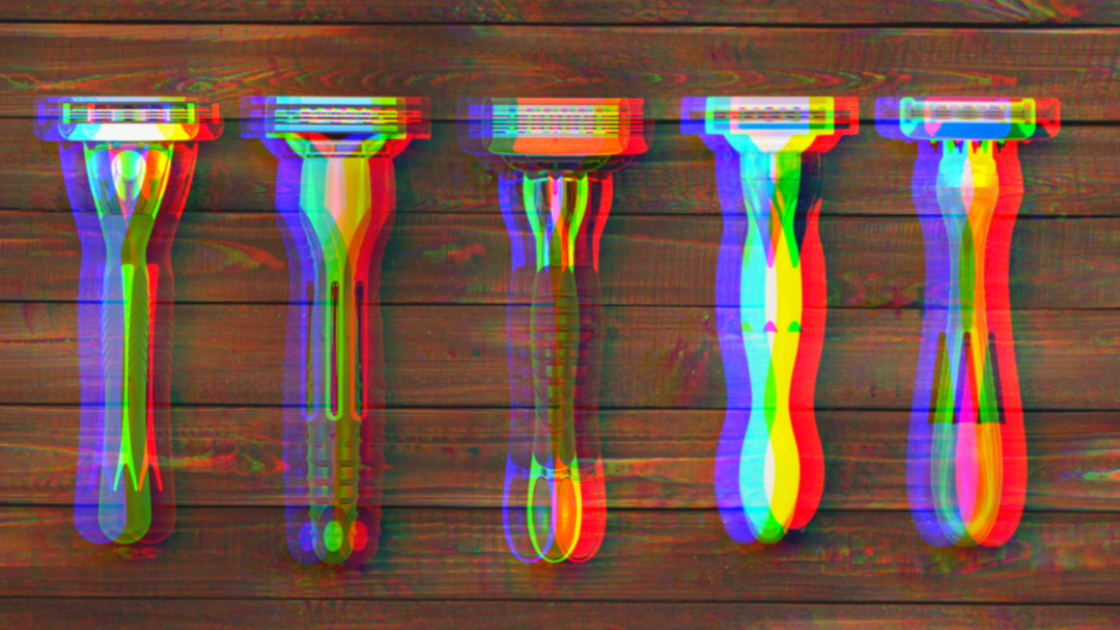 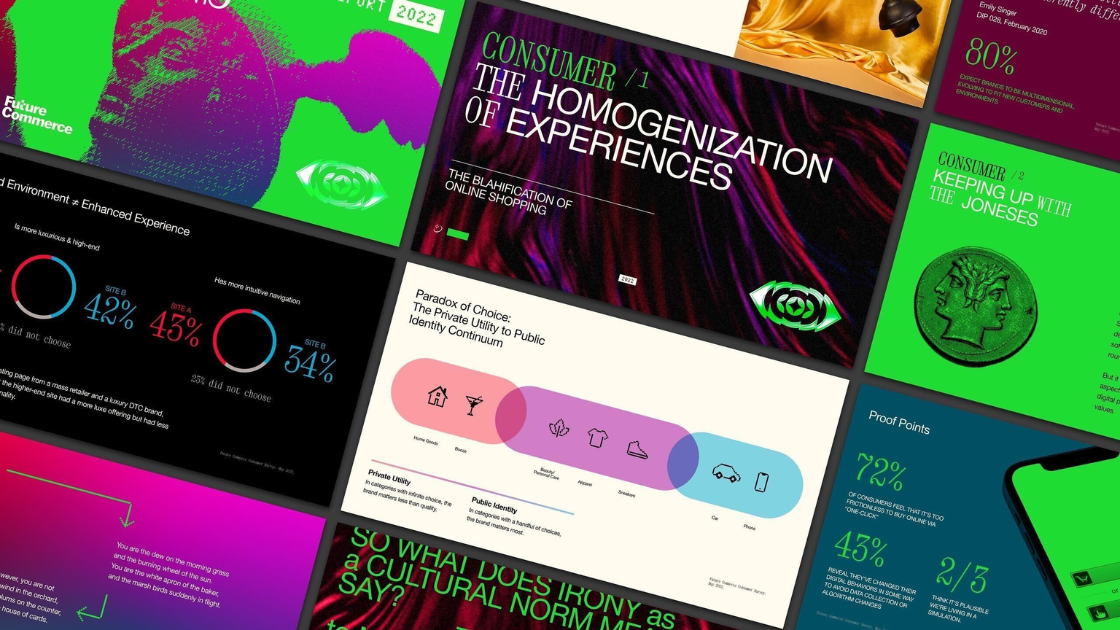