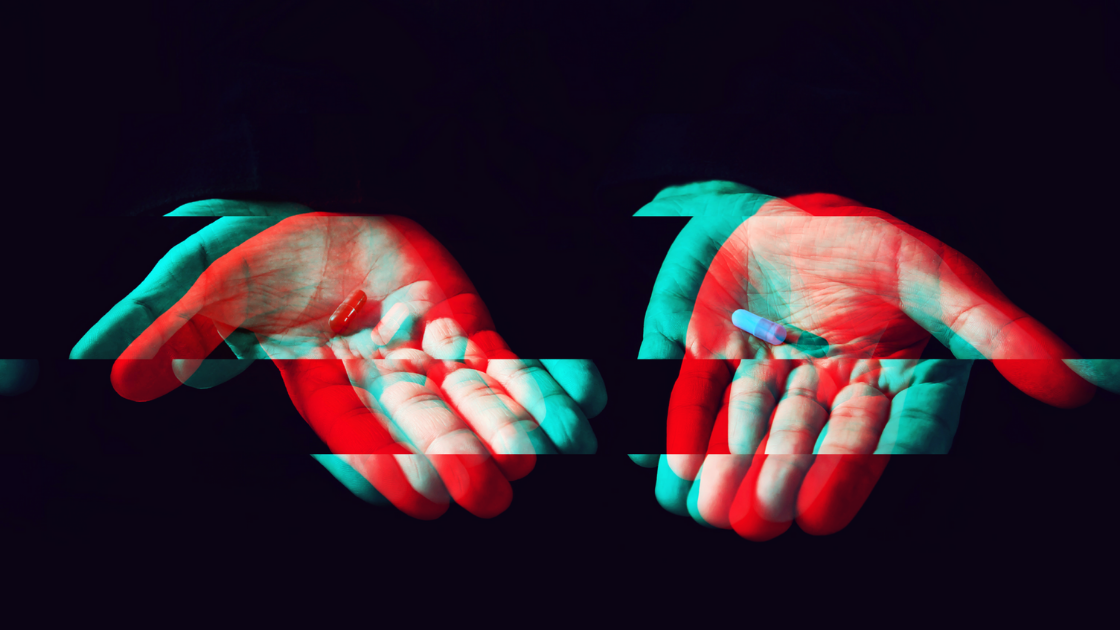 Insiders #098: I Reject the Simulation

"The perfect world was a dream that your primitive cerebrum kept trying to wake up from." —Agent Smith

Last month I was at dinner with a friend who is a community manager. More than once during our conversation she struggled to recall the name of one of the Slack groups or Discord servers on which she had had an interesting interaction. As she scrolled through her Slack Workspaces, I glimpsed that she had hundreds of communities that she was involved in. This kind of community at-scale should be a fulfillment of the promise of our evolution as a species to become more aware of and connected to larger and larger parts of the human experience.

But instead, it has given us crushing anxiety and fomo. Why? Because it's a synthetic connection, a facsimile.

Real, human, interaction happens in person. A world without human connection is not one I want to live in.

The disintermediation of human connection

Self-checkout, roaming Nuro deliveries, chatbots, and Siri... the disintermediation of human connection has taken full hold. Sure, the world is more convenient, but the places where we connect are slowly becoming more noisy, more fractious, more... more.

It should be telling, then, to see so many digital-first communities that have quickly transformed into physical communities.

Bored Ape Yacht Club—an NFT community we wrote about in a June issue of The Senses—was officially formed, or minted in NFT parlance, on May 1st. By July 22nd, just 82 days later, over 75 owners of the NFT gathered in Venice, CA for a physical in-person gathering. This digital community was centered around their fan for the artwork, and that their collective $151,000 of monkey-themed-jpeg net worth.

There is a human need for belonging that digital attendance cannot fulfill. Thriving digital communities quickly become physical ones.

That same group of 75 Ape holders could now collectively share nearly $90M in net worth due to appreciation of both the asset and the underlying currency. The initial draw for these digital-to-physical community transformations may center on the value creation they've collectively experienced, but to be a sustainable in-person community, it'll need to become much more. In the words of Dee Hock, founder of VISA:

Without the three essentials, proximity, non-material value, and non-monetary exchange of value, no true community ever existed or ever will. If any of the three weaken, community begins to decline.

As we face the very serious threat of a fall and winter that could mean more shutdowns, we'll be going through a second round of collective trauma that will require more distance between each other. Social media isn't an effective tool for combatting the feeling we have of loneliness. A study conducted during the Covid-19 lockdowns found that:

Not all social interactions need to result in happiness, of course. But it's telling that the boom of sites and services that are stand-ins for our physical connection have long since subsided due to reopenings. Social audio startup Clubhouse saw downloads fall off a cliff post-reopenings—from 9.6M in December 2020 to 900k in April 2021.

Even dating app searches on Google have shot up 3400% YoY. In an NPR story dated July 2021, "According to mobile market database App Annie, Tinder, Bumble, and Hinge are all currently in the top 50 grossing apps on iPhones." Virtual interactions lead to human interactions. Period.

Thriving virtual communities still have noise that a participant needs to sift through to find signal. The low barrier to entry in a Discord server, or a Slack channel, means that drive-by participation can also lower the overall quality of the group.

The simulation, if you will, the Matrix we're currently jacked into, would tell us that 3,000 members of this Discord server are active. The reality? They're all second-screening, giving a small fraction of their attention to the "vibrant" community they're idling in.

Contrast that with a nightclub where nobody's dancing, and everyone's on their phones. Would you stay there? Or would you pull the plug?

The attention economy at work

How do we reject the simulation? By engaging in more face-to-face human interaction. Where we share the same air. Yeah. This isn't going to be easy.

As we described in our seminal piece from 2020, Freaky Friday, there are physical and emotional barriers to being out in the world now:

A physical retail experience has to compete with your attention on a micro-scale: a stray SMS message, comparison shopping, maybe an online review of the product you're considering. These distractions are finite. Because of the physical constraint of being present in a location. You'll eventually have to eat, poop, or sleep. You will leave that space having made a purchase decision: to buy or not to buy.

Virtual communities have to compete with your attention on a macro scale. Your time at the grocery store is assisted by your digital shopping list which provides a window for momentary distraction, but your time on Amazon is occluded by notification bells from every service imaginable. Time passes quickly in the metaverse when you're at home with little else to do. In this way, digital retail experiences—and digital communities, by extension—not only have to compete with other communities or comparison shopping sites; they have to compete with the entirety of the internet, and anything else that might provide a greater dopamine hit in that moment.

Is there any greater dopamine hit than the creation of profits? Again, Dee Hock:

If we were to set out to deliberately design an efficient system for the methodical destruction of community, we could not do better than our present efforts to monetize all value, mechanize all societal organizations and reduce life to the tyranny of mathematical measurement.

(Props to Future Commerce Alumni Network member Sari Azout for sourcing this gem of a quote.)

This is the Attention Economy at work, and the scale today is growing more problematic than we could have ever imagined. Clothing retailer Express has set a goal of becoming a $1B digital retailer in the next 4 years. Not only do they have to compete with mall brands such as turnaround of GAP group, or the return of J.Crew, but they also have to compete with every piece of content being created today, and every piece of content ever created. Ever.

In the same way that Neo took the red pill to wake up from a dream to enter the real world, more and more, everyday people are venturing out into the real world to have shopping experiences. Those experiences, on average, aren't getting better but they are a haven from the never-ending digital cacophony that has become an emotional tax.

I don't want to live in a world that is devoid of human interaction. As annoying as it is, I want to have to avoid eye contact with a mall kiosk vendor trying to get me to try their scalp massager. I want to stand in a line to check out and have to decline to give my phone number to a clerk at the soap and candle store. I want to weave in and out of foot traffic and take the escalator.

I'm not alone. This past weekend, on a Saturday with record-setting heat here in South Florida, the local middle-class mall was full at 2:00 pm. The food court was bustling. There was a line outside of H&M. People are venturing back out into the world, despite the dangers that lurk there, and despite the inconveniences it presents.

Because a world without direct human connection, however fleeting, and however superficial, is one that we don't want to live in.