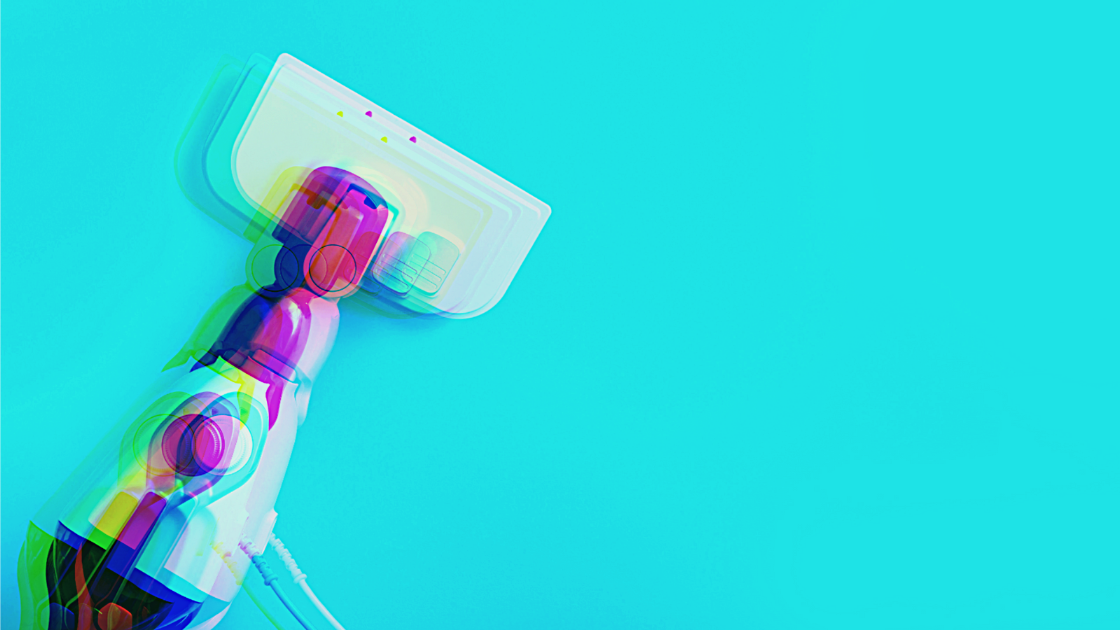 If you're looking for evidence of class stratification in the modern era, look no further than TikTok or Youtube. Candymaking, vacuum cleaning, woodworking, drywall taping, sandblasting,  you name it: the new white collar pastime is watching blue collar work happen.

This past month I've been watching The Detail Geek: a creator with 2.5M subscribers who cleans some of the most disgusting vehicles you've ever seen. The dirtier, the better. Heroin needles, soiled underwear, the works. The Detail Geek has amassed an audience the size of Houston, Texas, that watch him detail vehicles in 2X speed with chill music behind him.

The duh moment was when I spent $169 on a steam cleaner/extractor that I only needed to use once. I bought a professional-grade piece of equipment to live out my blue collar fantasy.

The Detail Geek isn't a creator. He's a marketplace.

The monetization model for these workers is fascinating. There's five sources of income that The Detail Geek can leverage by being a media content creator first, that a traditional retail brand could never leverage.

Firstly, the monetized Youtube channel for the 2.5 Million subscriber likely makes about $14,400USD per month (Source: Quora). Annualized, Mitch the detailer is likely pulling around $170,000USD per year. This ad revenue comes from the fact that long-form videos benefit from algorithmic priority, and interstitial ads are numerous in a 30-40 minute run time show like The Detail Geek provides.

Next, shows like Mitches often feature a sponsor. You've seen them: The Great Courses Plus, or NordVPN. These types of integrated advertising drive revenue to the creator by providing them with a percentage of contract value sales on referral. A typical NordVPN affiliate agreement will generate 40% revenue for a new subscriber, and 30% on renewal, providing a stream of passive income for a creator.

Another type of affiliate revenue comes from revenue share from purchases made on marketplaces as a result of having watched the video. This is precisely how Mitch profited off my purchase of three items after binging his channel for 4 weeks: I bought a Bissel extractor, a McCollough steamer, and a set of drill brushes. Because I wanted to support him, I used his affiliate links in the video description.

In all, Affiliate revenue can be a substantial source of passive income. I estimate $30-40,000USD of revenue per year on Detail Geek-inspired purchases via Amazon based on the subscriber base and the number of views per video, and a short analysis of the content of the comments where many people profess to have bought the hardware and the consumable cleaning supplies that are featured on an average show on The Detail Geek channel.

Native ads differ from integrated advertising. Native ads may not be explicitly labelled as advertising, and may take place in the form of The Detail Geek using a particular product. This product could be the Bissel extractor I bought, or it could be the Meguiar car wax that he used for the first few years of video postings.

These ads can be negotiated per-episode, or span a multi-episode agreement. Technically, in the United States, the FCC has rules around requirements to disclose paid advertising and product placement. The Detail Geek operates out of Canada, though, and it's unclear if those laws would apply. You may notice that most social media influencers now have to disclose on their post that it was "sponsored", and you may often even see a hashtag saying as much.

I estimate that with each video receiving up to 1M impressions, The Detail Geek can charge a hefty $10,000 per placement, depending on the product and how prominently it might be discussed or featured. This model could net up to $100,000USD per year on its own for a savvy creator.

I was most surprised by the newer videos which announced a DTC play for The Detail Geek. Mitch now has his own line of branded products including cleaners, wax, and even drill brushes. These items, mostly consumables, are sold through a Shopify store at https://detailgeekautocare.com/. This store has on-site AdSense ads integrated which creates yet another stream of income.

These products can be produced overseas and imported. A quick search on Alibaba.com shows that you can source drill brushes for as little as $0.80 per piece for a minimum order of qty 50. Mitch is selling a kit of 3 for $17.99USD.

According to SimilarTech, Detail Geek's DTC Shopify store gets 170,000 visits per month. At a conservative conversion rate of 2%, Mitch could be hauling in 3,000 orders per month.

While Mitch hasn't launched paid courses yet, he's creating enough content to teach you how to do it that he could easily activate this channel as well. He's recently launched a second channel where he holds live streams, and a weekly Q&A, as well as how-to videos. He'll even play guitar from time to time for you. That channel has 348k subscribers.

Should Mitch launch a cohort-based course, or a Gumroad on-demand course, he could expect to haul in $35-45,000 additional dollars in course-based revenue.

Another missed revenue opportunity is that The Detail Geek has yet to create a fan support/patronage model. This model is the de-facto standard for many Youtubers, and allows fans to provide monetary support in exchange for behind the scenes or insider content. Fans can uplevel to spend more to have greater access to the creator.

What's more disgusting? The cars Mitch cleans while we watch online, or the fact that I've only ever used all this equipment I was influenced to purchase a handful of times? This is the power of audience at work. The chilling fact is that most are like me: they're aspirational consumers. The purchase decisions we made were in hopes that we would be better people, lead cleaner lives, or turn around our own worst habits. I want to have a clean car. But my $300 in purchases haven't made that happen, they've just taken up space in my garage.

All in all, Mitch could have built up to $1M income on his detailing content empire, and that's not counting the fact that he charges $500-1500 for detailing the cars in the first place. The sensationalism of the state of these cars leads me to believe that he's helping trash them up first, or he's trying to drum up the worst of the worst to make for good content, and as well he should. Why else would I watch?

And Mitch doesn't need to vary the model much, if at all, to keep the audience transfixed. The format is fixed; it's binge-worthy, and is prime for second-screening.

Mitch is no more blue collar than the people who watch his content who find it "oddly satisfying." He's a brilliant entrepreneur, and a modern-day PT Barnum. His three ring circus takes place in his garage, where he pulls a tidy 7-figure income while the rest of us watch in delight and disgust; and he's the model that proves just how lucrative it can be to operate a blue collar media business in the modern attention economy. He's diversified income, operating skillfully across channels, and is generating demand while providing the channel to fulfill on the desire.

Mitch is a marketplace.