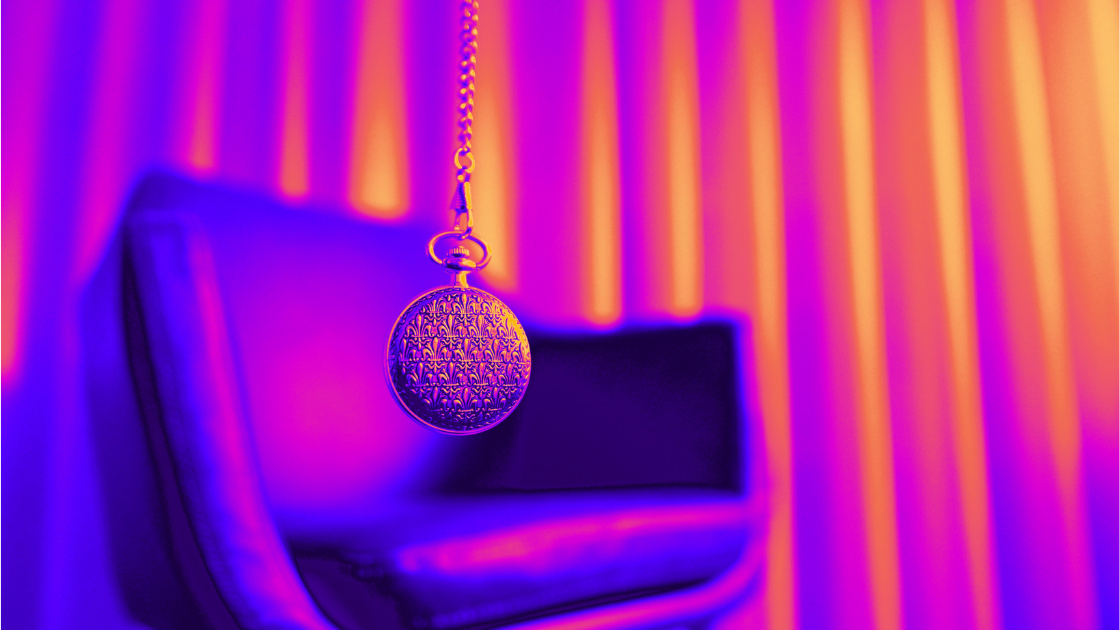 Insiders #086: On Loyalty and Posthypnotic Suggestion

Suddenly, a notification: "Double Star Day... just for you!" Ah, yes. Starbucks. Remember that store? Once upon a time, I would spend upwards of (cough) four-thousand dollars per year. While that time has come and gone, the post-COVID era has me thirsty for more IRL connection.

"It's Tuesday, so I'll be downtown West Palm anyway," I thought to myself.

Fast-forward to 3:00 PM and I'm sitting in a club chair at the House of Mermaid, sipping on a nitro cold brew.

And that's when it hit me. This was no coincidence. This was brilliant one-to-one marketing, informed by my data that I have willingly handed to Starbucks. Not only did it work, but I — of all people — should have been acutely aware that I was being targeted, and yet it still worked on me.

How did I end up here, and what can we learn from it?

My wife is a sucker for procedural dramas. From House to I, Zombie, to any (and every) flavor of Law and Order, she eats it up. Her most recent bingefest has been the adventures of Patrick Jane, psychic detective, in the series The Mentalist. Simon Baker portrays an independent consultant to the fictional California Bureau of Investigation, using his mentalist skills to solve crimes.

In the show, Jane is often seen inducing victims — and perpetrators — into a hypnotic state, allowing them to share information or remember a repressed trauma.

The hypnotic state requires a willing participant. It also often requires the use of an aid to distract the subject: a watch swinging like a pendulum, a repetitive sound like the ticking of a mechanical clock. These distractions serve as a means to soften inhibitions, and make the subject more receptive to suggestion.

According to recent research, cellphone-induced hypnosis is a very real phenomenon. One study (n=700) found a correlation between those with "extreme" cell phone addiction to also be highly suggestible while under hypnosis. What was I doing prior to Double Star Day? Scrolling. What intent did I form, if subconsciously? I went to Starbucks.

The intent was formed during a moment of glass-eyed distraction. How many other intentions are formed while we're scrolling away?

How to Be a Mentalist

The data to pull off such a stunt is staggering. Like Patrick Jane, it's not a psychic ability or a magic trick. It's a clever use of data and learning people's behaviors. In the show, Jane often looks for social cues, like a glance away when asked a damning question. In the case of Starbucks, knowing my travel patterns and when I'm likely to be awake to receive a notification is enough to figure out when to push the offer.

"Double Star Day" (DSD) used to be a corporate-wide event. Just like happy hour, DSD was meant to produce foot traffic in days that were typically sluggish. The star-based loyalty program is designed to maximize spend and encourage out-of-band expenditure; in short, get the customer to purchase more by delivering great incentives to do so. By limiting the event to a particular day, Starbucks creates loyalty, scarcity, and gamifies the earning process.

The Bux has evolved, it seems. Rather than creating corporate, or even regional, events around DSD, they are creating true one-to-one offerings. I did some research (n=10) in our own family group chat, and nobody I knew had received a DSD offer. I alone was targeted. That same day I spoke in front of the Palm Beach Chamber of Commerce. I asked everyone to check if they had a DSD offer on their account. Of the 30 in attendance, 2 had a DSD offer. They had all traveled into town for the meeting.

Why would the correlation of the offer to my propensity to act upon be highest on Tuesdays? Well, Starbucks should know that I often walk by their store on Clematis Street on Tuesdays. I happen to be attending a group run on Tuesdays after work at 1909, a non-profit creator space and startup accelerator. It's located one block away from Starbucks on Clematis Street in West Palm Beach. If my app is nearby, or I've often connected to WiFi, on a Tuesday, with some frequency, it becomes obvious that I would fall into a segment that would drive me into the offer funnel.

The data that Starbucks has on me is pretty significant. I, like many people, have spent virtually zero dollars on out-of-home coffee in the past year. In this very publication, I've expressed my loyalty to Nespresso and its excellent experience. Considering though, that I still have the app installed on my phone tells you how deep my loyalty lies. Though I don't often spend money on coffee out of home, it's not out of the question. The very chance that I might at some future date spend money at a Starbucks is enough motivation to not only keep the app installed but a valid credit card and a healthy in-app cash balance on file. As a shopper, I fall into a segment of customers you'd label as The Persuadables. In forthcoming research I've performed with Rightpoint, we've defined the Experimentation Index — a piece of research that has found two modes that purchasers fall into: Stocking, and Seeking.

Stockers yearn for safety. They tend to favor consistency, and they create a lifelong relationship with a brand. Seekers will actively hunt out the new and unknown. They tend to skew younger, are more urban, and have greater household income. The two modes aren't incompatible, though. Some consumers switch modes based on the category — and some categories lend themselves to greater sampling or greater loyalty. Wellness, for instance, is rife with customers seeking the new and unknown; whereas beauty is seen as building loyalty. A brand can overcome the search for new and unknown by expanding its offerings over time with category innovation and merchandising. Starbucks has done a fair bit of this with its foray into food and beverage innovation.

Loyalty is fickle though, especially in an era where many independent stores have seen a resurgence in foot traffic. It's done wonders for small local book shops, for instance. And here the Seattle coffee chain is at a disadvantage. Corporate policies and variances in state and county ordinances have prohibited Starbucks from having a single experience. The brand that is prized for consistency of experience has been disrupted — some stores are open, others shut. Some accept foot traffic, others allow maskless eat-in. This creates an environment for the Stocker to become a Seeker, and find a new brand to be loyal to. Maybe if local coffee shops can win over the Starbucks customer, then Starbucks can innovate to win them back.

I fall into an opposing camp — I'm kind of bored of being at home. I want to return to the bustle of an office, the buzz of a coffee shop. And Starbucks probably knows that about me. Their app on my phone has tattled on my excursions downtown. Their second and third-party data partners have stitched together my newfound freedoms post-vaccine. My morning hypnotic pre-coffee state makes me highly suggestible while doomscrolling Twitter.

And now here I am. Sitting in a Starbucks. Maskless. Sipping a cold brew.

Where does this go from here? Technology trickles down. Today the most powerful corporations in the world have the power to do this kind of customer journey orchestration. But tomorrow, this will be available to any and every brand. How will we wield this kind of mentalist capability? Hopefully with the nobility of Patrick Jane.