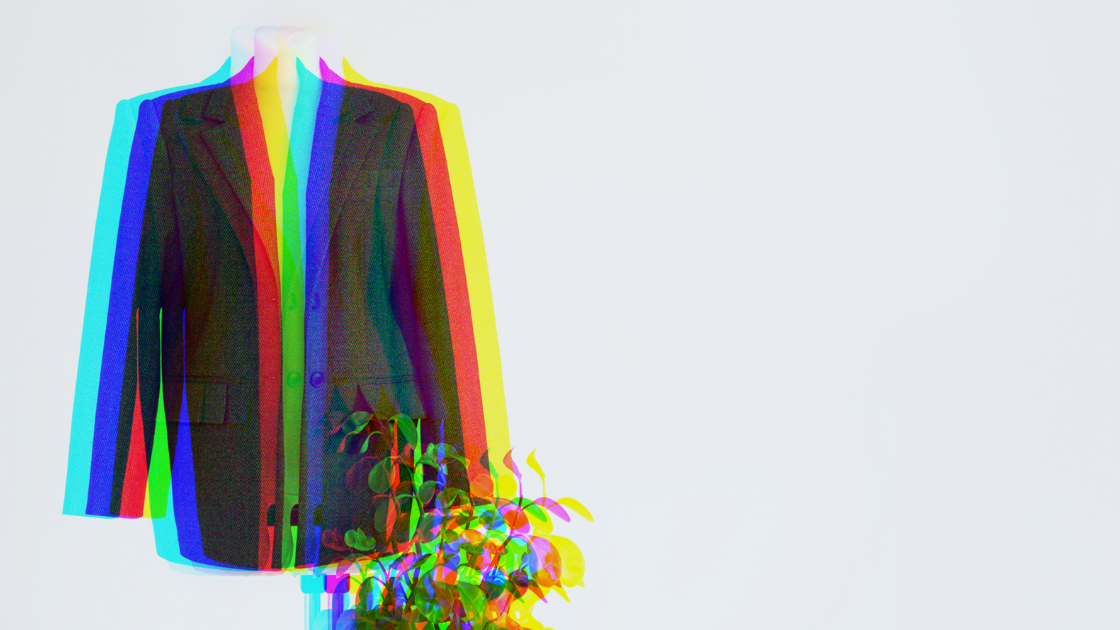 Insiders #082: On Sacrificial Lambs, The Guardians, and the Everlane Hype Cycle

So the saying goes, “the first one through the door gets shot.” Never has this been truer than in the technological age. In checkers and tic-tac-toe, the first-mover always has the advantage; dominance is yours unless you make a mistake. But the direct to consumer era looks a lot more like chess than it does checkers, and being first to market is a risk. Making mistakes is unavoidable.

We are conditioned to believe that being the first to introduce a new product, service, or technological solution can only be a win—so long as we can evolve with the changing world and adapt with the competitor landscape. But this is not so. Consider Napster, the peer-to-peer file sharing service that paved the way for the digital music revolution. This macro trend paved the way for iTunes, one-click purchases, and eventually Spotify. Napster is The Sacrificial Lamb — a brand who ushers in a macro trend, or a consumer revolution, but does not survive long enough to inherit it.

Tech is rife with sacrificial lambs: Blogger gave way to Medium. Myspace gave way to Facebook. And there are many examples in eCommerce: Mailchimp gave way to Klaviyo. Magento gave way to Shopify. But rare is the sacrificial lamb in broad consumer categories like apparel, where trends and fads are part of the fun, and built into the consumption cycle.

That is, until Reformation and Everlane set a new standard, as brands which differentiated themselves through their ethical practices.

Although a company integrating sustainable and ethical missions is hardly a breakthrough, ethics-first business model as the key point of differentiation, is. While astute readers will remind us that Patagonia is the o.g. principled apparel brand, the effect that Everlane and Reformation have had on consumer behavior — and on copycat brands — signaled the new macro trend of purpose-driven marketing.

Without Everlane, we’d have no Allbirds. No Blueland. No Adidas x Parley. No For Days, no Thousand Fell. The brand’s promise of “radical transparency” caused consumers to no longer solely expect quality products, but also make conscious efforts to put their dollars towards brands that mirror their social and political beliefs.

Factors such as sustainable sourcing, fair labor practices and other environmental and human rights causes are now at the forefront in consumer purchasing decisions. This coincided with the direct to consumer era which begat challenger brands like Warby Parker and Bonobos and marked a new era of venture capital investment into consumer goods.

And what do the venture capitalists bring with them? Hype. ‍

The Hype Cycle (or, overpromise, underdeliver)

The Hype Cycle is traditionally intended to speak about emerging technologies and its lifecycles of maturity and adoption. The Gartner model popularized by Carlotta Perez’s seminal Technological Revolutions and Financial Capital is used to describe the perceived value of a potential product, idea, concept, or technology and if there is an existing consumer desire for it.

The phases of the Hype Cycle are as follows:

Plateau of Productivity: The phase of mainstream adoption across the industry. There are clear financial payoffs of implementing these products.

When observing the rise, fall and eventual plateau with companies branded by their ethical promises, there is a detectable parallel to the hype cycle that supports whether these early pioneers are ultimately victors by being early entrants in this movement.

Everlane’s product was hardly innovative; you’d be forgiven for thinking it a clone of Uniqlo or Gap. Their innovation was their business model — based on providing customers exact line items for each cost that went into the production of the article of clothing. This was considered revolutionary. No other company dared to publish a complete receipt of their production and supply chain costs, and so publicly on their website. This was the Innovation Trigger.

By 2016, Everlane had hit $100M in revenue. The company received glowing praise across media outlets and rose quickly in popularity. The company was widely complimented on its business model and honesty. This ascension established Everlane as a well-liked company—this is the Peak of Inflated Expectations. It was well-covered in the press, and the business model was ruthlessly copied. In a now-infamous interview in 2013 at Techcrunch Disrupt, CEO Michael Preysman addressed the pile-on:‍

The problem with copycats is that honestly, they have no soul. It sounds silly to say that, but when you don’t have soul and you don’t have a reason for why you’re doing the things you’re doing, you’re always one step behind, and you never really connect with the consumer.

A contemporaneous piece in the Harvard Business Review, The Problem with Principles, Bill Lee deftly comments on the issue at hand with being so ideologically-inclined: “In an uncertain, complex world, our only guiding principle should be that principles must be tested against reality.”

But that reality hits harder for sacrificial lambs; and these bombastic claims eventually made Everlane an easy target.

Rise of the Guardians

With the champions come the naysayers, and chief amongst those are the press, which seize upon the failings of idealogues. Aside from traditional press, the DTC era has also brought about the rise of online activism. The Guardians — activists which create their own branded identities — hold accountable both journalists and brands alike, issuing in the Trough of Disillusionment. Modern incarnations of Guardians include the blog DietPrada and EsteeLaundry, with 1.7M and 187k followers respectively.

Seizing upon failings of brands like Reformation and Everlane, The Guardians question the reality of a “people first” mentality in the modern corporation. They examine labor practices, lack of extended sizing and alleged racism at corporate headquarters. Everlane’s greatest backlash came after mass layoffs in the beginning of the COVID quarantine, in which 290 employees were furloughed, many of whom were unionizing.

What can easily be overlooked is how vital a role that The Guardians play in continuing the public discourse around the growth of a macro trend. Without online activists and journalists-proper, the consumer hype cycle would likely have faded into obscurity. The continued challenges for brands to live up to their marketing ideals gives consumers continued reminder that brands can, and should, do better.

As principled as purpose-driven brands purport themselves to be, The Guardians demand that brands meet the expectations that they have set through aspirational marketing.

Sadly, if The Guardians over-index into cynicism, the failings of the copycat brands will go overlooked.

The Imitators usher in the Slope of Enlightenment

The macro trend is now here to stay. The Imitators emerge, copying the brand ethos and building upon it, iterating and extending it into every conceivable category. Today we have an Everlane-for-fill-in-the-blank; you name it, there’s a sustainable, “radically transparent” version of it. (For example, see our ‘Purpose-Driven Brands’ category in our Spring 2020 Nine by Nine report). A curious pattern emerges — brands that enter the marketplace during the Slope of Enlightenment aren’t held to the same standard as sacrificial lambs. Upon their failings, copycats will often be accused of taking after their progenitor.

In other words, if these brands fail it’s because Everlane failed.

As we enter the Plateau of Productivity, we see the effect stratify, as more and more companies are recognizing the financial advantage and overall demand for ethical practices. We’re now beyond consumer adoption and we’ve crossed into consumer expectation. Today, ethical practices are now recognized as the main-stream expectation, so all corporations have stated goals and action plans. Even H&M, long-demonized as a fast-fashion juggernaut, now offers a recycling program, and has pledged to completely source from recycled or sustainable materials by 2030. Prada’s launch of ReNylone, a sustainable bag collection primarily made from recycled plastics from the ocean, is their nod to the movement.

And as the market matures, the media quiets.

While the early pioneers were shafted for their failures, we hardly see the same level of criticism for later players. There is little stir in the media around each of these later generation’s sustainability promises. This is a natural reaction to a now-saturated movement, perhaps the result of the inability to verify each one of these company’s ambitious claims. With the early entrants facing high levels of criticism, and the later players slipping in inconspicuously, at first glance, it seems that the firsts were ultimately a sacrificial figurehead to a movement that the rest of the companies could benefit from.

A significant differentiation of the successfully ethical brands is their product-first mentality, followed by the advantage of longevity. Everlane, Reformation and other brands are relatively new to the market by comparison,and do not have the financial stability to slash product lines that do not support their causes (as Patagonia recently did) or to seek out the more costly practices that allow them to be as fully-sustainable as these other competitors. These successful companies also do not center their business model around these ethical claims—it is more of an extension of their product line. Everlane, Reformation, and so many others — these companies are more vulnerable and at risk because their primary selling point is those promises.

However, when it comes to our judgment of these brands, the reality is that Everlane and each of these businesses are businesses first with stakeholders to answer to, revenue and profitability goals and a company to keep afloat.

The Sacrificial Lambs, The Guardians, and the Imitators — consumer experiences of the hype cycle are a direct result of (brands, tech, you name it) promising tectonic shifts without the ability to deliver at scale. The more successful the early-mover brand becomes, the more it becomes a victim of success. Being the first player in a capitalist world can almost undoubtedly have its advantages — if there is solid footing. While Everlane encapsulates the hype cycle journey for ethical brands, other pioneers in this movement experienced the same excitement, fall and leveling out.

The storybook ending, of course, would be for brands to make big promises and live up to them. But if they can’t, we crave a sense of justice that they be exposed for their misleading claims. If a company promises a certain set of values, then we as consumers assume that our decision to support these businesses through our spending power is a transitive way of supporting these causes. When we learn that a brand does not uphold their commitments, we expect to see some repercussion and corrective course of action.

Or, as Bill Lee put it: “In an uncertain, complex world, our only guiding principle should be that principles must be tested against reality.” Indeed.