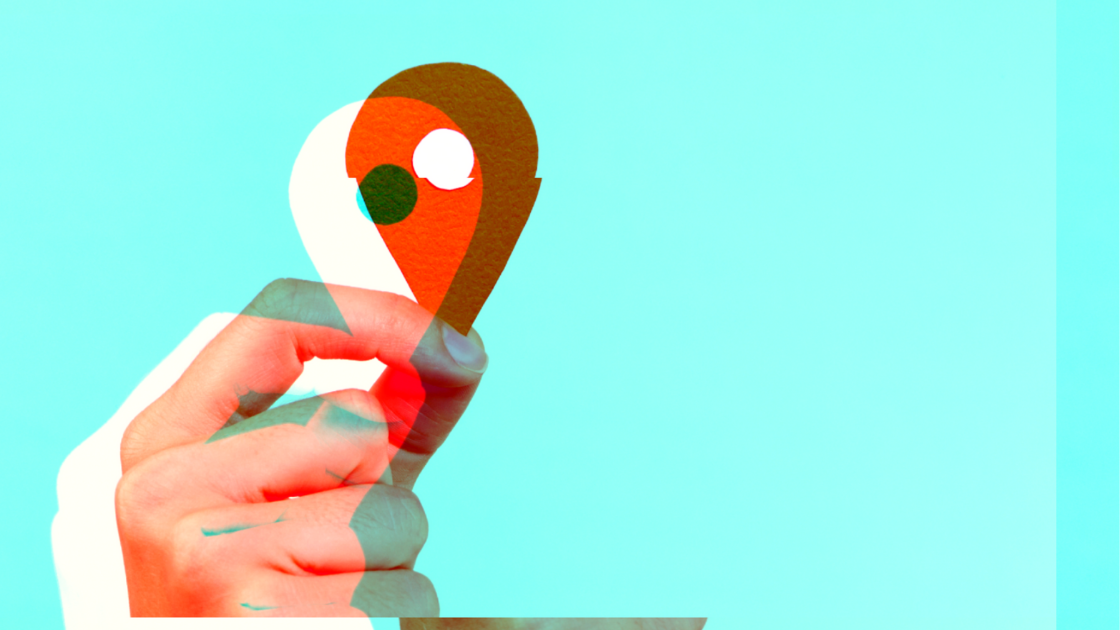 Over the past year, I’ve enjoyed engaging with the observations and insights made by Future Commerce and couldn’t help but relate the material to some of my own work. In this article, I am delighted by the opportunity for academic research like mine to join the conversation.

“So where are you from?” We can expect to receive this question whenever we meet someone new. It is part of the standard script we all use when getting to know each other. Why is this question almost always asked – regardless of who we are meeting and in what context?

One explanation for the ever-present nature of this inquiry is that location is part of everyone’s self-identity to some degree – that multi-faceted collection of identities that give ourselves and others a sense of who we are as a person. Most types of identity (e.g., our profession, hobbies, interests, etc.) are relevant only to certain groups of people. For example, despite the popularity of The Queen’s Gambit, there are only so many people who really care about chess.

However, geography is an especially strong and ubiquitous form of identity that arguably applies to everyone to some degree. We can all say we are from somewhere, and the level of specificity with which we describe that somewhere is also uniquely flexible. Depending on the context, I may say I’m from the U.S., the Midwest, the state of Indiana, the Michiana region, the city of South Bend, or the Northshore Triangle neighborhood.

That place where we are from – at whichever level of location is most salient to us at the time – can immediately connect us with others who share that connection and distinguish us from those who do not.

“So where is your brand from?”

As consumers, many of us also care about where our products are from, as evidenced by the powerful and flourishing “local” movement. We tend to have an affinity for products with which we share an identity,[1] and while many sources of identity exist, location is strongly linked to both a product’s identity[2] and a person’s identity.[3]

Accordingly, many brands now position themselves as “local.” When doing so, brands can vaguely claim to be “local” without explicitly defining what that means. Alternatively, they can say specifically where they are from.

One of the clearest ways to define a brand’s provenance is through a “location-based branding strategy” that references the brand’s connection to an identifiable location in its name. For instance, Midwest Fuels highlights its provenance in a geographic region, Nebraska Furniture Mart its home state, and Omaha Steaks its city.

Such location-based brands ostensibly stand to benefit from the “local” trend by highlighting a shared geographic identity with corresponding markets (i.e., energy buyers in the Midwest, furniture shoppers in Nebraska, and steak eaters in Omaha). While the “local” movement has been underway for some time now, the benefits of being “local” may be even more pronounced now as many people have started to gain a deeper-than-ever appreciation for the place they call home.

A location-based strategy can work to the brand’s advantage when it is preaching to the choir of “locals” within the confines of that location. However, virtually all brands want to grow into big brands, and for location-based brands, achieving those ambitions will eventually involve non-locals.

When those introductions are made, the location touted in the brand’s name may move from an asset to a liability. This drastic shift in the value of the brand’s positioning may be most evident in relatively nearby locations – those places which may be considered geographic rivals. Think about an Ohio brand distributing its products in Michigan, a New York City brand shipping up to Boston, or a north side Chicago brand trying to appeal to the Windy City’s south side.

If you manage geographic expansion for a location-based brand such as the “Nebraska Brewing Company,” it is important to find answers to the following questions:

My team and I have been researching questions such as these and the work is yielding answers. Results from this research, currently going through the academic peer-review process, offer some key insights for managers:

Your brand’s closest markets may be the least hospitable…

State Farm may be a “good neighbor,” but my research finds neighboring locations may actually respond the most negatively to your location-based brand. This is an especially important consideration, as typical geographic expansion strategies involve targeting nearby locations first.

When moving beyond the boundaries of your “local” area, consumers immediately across those borders will be less likely to view your brand’s location-based identity in a positive light. Indeed, geographic rivalries are often in close proximity (e.g., Nebraska vs. Iowa) – places outsiders not belonging to either group would view as similar.[4]

According to optimal distinctiveness theory,[5] individuals adopt different context-specific identities in an effort to find a balance between dueling motivations to be both included in their in-group and for their in-group to be meaningfully different than referent out-groups. When one of the needs is threatened, individuals engage in intergroup bias to restore optimal balance between the two.[6]

In the case of the Nebraska Brewing Company, consumers in Iowa will be more motivated to make it clear (at least in their own minds) that Iowa is meaningfully different from Nebraska. Comparatively, when a Texan evaluates a Nebraska brand, the distinctiveness of their Texas identity will not be as threatened by perceived similarities between their home state of Texas and Nebraska (although the story changes when it comes to anything from Oklahoma).

The Iowan can assert her or his state’s distinctiveness from something touting ties to neighboring Nebraska by exhibiting intergroup bias against the Nebraska brand in the form of, for example, less positive attitude toward the brand, lower ratings of the brand’s products, subdued product enjoyment, and heightened price sensitivity.

…but you can still win them over

Fortunately, there are ways to mitigate such forms of intergroup bias. Prior research from social psychology suggests biases from one’s similar, but less-than-hospitable, neighbors can be reduced or removed with the following strategies:

The value of embracing your brand’s “unsavory” provenance

My research finds location-based brands have another option when targeting consumers in neighboring areas. Instead of de-emphasizing the brand’s provenance or referencing a broader shared identity, location-based brands can successfully market themselves to these non-locals by doubling down on their ties to the consumer’s geographic rival – especially by highlighting the brand’s ties to a more specific location within the broader rival.

In the context of the Nebraska Brewing Company, the Iowan’s motivation to engage in out-group derogation toward the Nebraska-based brewery can be reduced by highlighting the brewery’s provenance in a more specific location within the very state the consumer perceives as a rival (e.g., Omaha, Nebraska’s “Brookhaven” neighborhood). In this case, the brewery is still clearly a member of a rival location (i.e., the state of Nebraska), but its ties to a narrower level within the rival are also emphasized (i.e., Omaha, NE’s Brookhaven neighborhood).

By highlighting ties to a narrower location, the Nebraska-based brewery provides a reference point that narrows the level of the Iowa consumer’s location-based identity (e.g. their own neighborhood of Des Moines, Iowa’s East Village). The brewery from Omaha’s Brookhaven neighborhood is likely to be perceived as less similar and therefore less threatening to the distinctiveness of the consumer’s East Village identity compared to the intergroup differentiation threat posed by the Nebraska brewery to their Iowa identity. The Iowan is thus less likely to exhibit out-group derogation toward the brand. This effect is summarized in the figure below.

Results from a series of studies in a variety of consumption contexts consistently find that when location-based brands tie their provenance to a relatively narrow location within their rival geographic identity, it provides a reference that narrows the consumer’s own location-based identity to a level where the brand’s geographic identity is less threatening to the distinctiveness of the consumer’s identity. This effect creates a significant reduction, or even elimination, of the intergroup biases the consumer would have otherwise displayed toward the brand.

Thus, if you manage a location-based brand, you may be able to “have your (local) cake and eat it, too.” This research demonstrates your brand can reap the benefits of shared geographic identity with “local” consumers while also expanding your brand into external markets without incurring geographic prejudices from nearby “non-locals.”

While these findings are specific to “local” branding strategies, they should apply to other contexts as well. For example, I experienced similar effects when studying abroad in Europe as a college student. Like many before me, I took that opportunity to stay in a series of stereotypically low-end hostels while traveling to different cities with some fellow American undergrads.

When grabbing breakfast in the hostels’ communal eating areas, we would on occasion find ourselves seated next to some Canadian backpackers. We quickly discovered that when we told the Canadians we were from the U.S., they were much less open to chatting with us compared to when we said we were from, for example, Chicago or California. For me, if I said I was from South Bend, Indiana, they would usually know little to nothing about either the city or the state but seemed to approach me with a relatively open mind.

And I suppose that’s all we can really hope for when encountering a new person, or a potential customer, for the first time. So just remember, the next time you or your brand introduce yourself to somebody who may not like where you’re generally from, tell them where you’re from more specifically.

‍Mitch Olsen is an assistant professor of marketing at the University of Notre Dame’s Mendoza College of Business. He can be reached at molsen2@nd.edu or through LinkedIn.