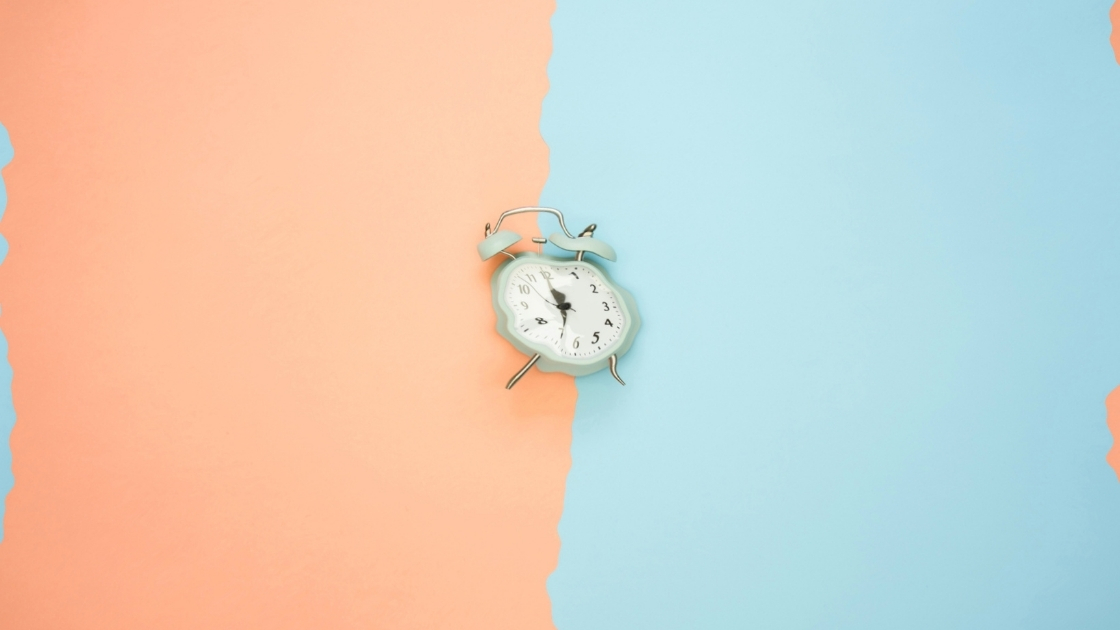 “Face the facts of being what you are, for that is what changes what you are.”
- Søren Kierkegaard

I wrapped up my evening 5k and the hit shower. The shower - that temple of thought - alone for 10 minutes without my four children distracting me.

Alone with my thoughts in those short, precious minutes, I began to think:

These thoughts induce near-panic. I feel the pit of my stomach sink, and I begin to consider what I’ve recently been placing importance or focus on and reconsider my priorities. The general panic continues until I’m able to recognize responsibilities or tasks at hand. Thankfully, I was saved by laundry day (although it’s possible that every day is laundry day in the Lange household).

At this point, you’re thinking - what in the absolute hell does Brian’s peculiar panic (this particular adjective wasn’t selected only for the alliteration) attack have to do with Future Commerce?

The Importance of Existential Crises in Retail

To avoid becoming irrelevant, perhaps brands need recurring existential crises. That is to say, we need to engage ourselves in unflinching teleology.

We live in the Attention Economy and attention is a zero-sum game that is fully maxed. Brands occupy most of people’s non-working consciousness. Forget the streaming wars, we are now in an all-consuming attention war.  Netflix isn’t just competing with Prime Video. Streaming services now compete with game studios, Spotify, social media, and - you guessed it -retail. If someone spends an extra hour shopping online, they’ll likely watch Netflix for an hour less (or at least, pay far less attention to whatever is playing in the background). As the saying goes, “time is money” and brands no longer vie for digital consumption, they’re competing for time, selling ways to fill the consumer’s precious time.

And they want to sell as much as possible.

Which means they want as much of people’s time as possible.

We all want as much of our customers’ and potential customers’ time as possible. Our KPI and metric vocabulary indicts us: traffic, time on page, bounce rate, time on site, dwell time, etc. The general consensus is that the longer someone stays on our site, stays in our store, reads our content - the more likely they are to purchase our products and focus on our brand.

We’ve seen all kinds of widespread waste - plastic, energy, food, and so much more - but in the Great Run on Attention (2016-present), the unfortunate byproduct is wasted focus.

Everyone has an attention footprint. Just like everyone has financial, carbon, labor, trade, etc footprints.

We have the responsibility to ensure that the time people spend with our brands - from discovery, to browse, to product to customer service, to re-engagement - is healthy, meaningful, edifying, worthwhile, and contained to its proper role in their lives.

“Amazon might not have that one thing you want to buy, but it’ll have five other things that are perfectly fine substitutes. Good enough is why I recently sat through multiple episodes of a bad old television series. Good enough is why Apple is combining multiple not-must-have digital services into one… the power of good enough is underappreciated, I think because it seems like an insult. It’s admitting that mediocrity is OK. But it is!”

Mediocrity is ok? Oh, but it isn’t. The problem with lots of mediocre mixed with a little bit of value is that it offers the continued promise something good might emerge. It’s a way to keep people from going somewhere else - and also feel like they’re getting value due to the scope of the offering. Whether it be browsing a site for hours, purchasing items that get used once/thrown away, spending time sorting through comments/reviews to make a decision, or consuming unoriginal or unedifying content, the result of mediocre content is that people end up wasting attention that would have been better served elsewhere.

“Better served” is too lightweight. We’re stealing time from their lives that they never get back.

This is an ethical duty full stop and also a matter of good business. We measure the level of engagement, but do we ever stop to consider that sustained mediocre engagement will ultimately result in dislike, burnout, or unhappiness with our brands?

We live in the age of the “premium mediocre” as so coined by Venkatesh Rao and recently elaborated on by Ben Schott in Bloomberg. The DTC world has become a world of look-alikes, with similar values, aesthetics, messaging, photography, and even products.

If you merely keep adding to the noise, you’re going to get lost.

To be clear - this isn’t to discourage the pursuit of greatness - often the pursuit of excellence requires not-so-stellar iterations. This is a critique of the zealous pursuit of maintaining mediocre experiences and presenting them as great.

A few brands will answer “yes” to the latter with confidence, and some fraction of those yesses are probably justified in this confidence.

Some brands won't even ask these questions in earnest at all. Hopefully, someday you will. It’s important to tune out everything and just reflect.

That peculiar few might feel their stomachs start to turn a bit… and yeah, maybe let it sink on in even more.

Are people completely uninspired by my products? Is the entire process for finding and browsing my products just a time suck for my customers?  Am I just offering people effectively the same thing as my competitor? Why should my customer give a single iota of time to my offering vs other things in their lives? Am I selling something just for the sake of it? Is my brand actually stealing from people’s lives - time they could be spending on their families, in their real communities  - or is my brand adding meaning?

Am I contributing to a system I despise?

Let whatever questions that are brewing beneath the surface about your brand and your role in all of this bubble up to your conscious reflection.

Panic for a moment. It’s ok.

Don’t ignore these questions because they’re hard to process. Don’t let your own attention be whisked away by lesser thoughts like things you find easier to control or what’s going to happen next on your favorite HBO show. Don’t be distracted.‍

Answer these questions as honestly as possible, take stock of the things that drive your company and drive you. Sort through the things you put the most attention on - the things that you spend your time, worries, and cares on. Understand your own habits. And most importantly when you feel most elated or relieved. What makes you feel like you’re either safest or winning the most?

As you reflect on your questions and answers, I think there is merit in looking to others to see examples of businesses that did or didn’t understand their telos and what happened.

Eileen Fisher was at one point tempted to take her company public. Later in an interview with Inc, she reminisced:

“I thought about going public, so we created a platform to test the viability of the IPO idea. I remember being up on stage and looking out at a roomful of men in suits; no women wearing my clothes, no conversation about clothes. It was all about the numbers, it was really just about the money.”

She didn’t go public. She created an employee stock ownership plan instead (and made the #4 rank in the 100 club category on our 2020 Nine by Nine report).

On the other hand, JCPenny has struggled with its irrelevant identity for years and has suffered for it. JPC, Tailored Brands, RTW Retailwinds, Lucky Brand, and the host of distressed and bankrupt brands have all struggled to self-assess and re-prioritize, either clinging to irrelevant identities or not being able to identify their identity at all.

You might be wondering “this is a highly unfair example - how could these large orgs ever have a company-wide existential crisis?” to which I will say first - they can - and second - you have the ability to do this in whatever part of the business you own. You will impact those around you. And if you don’t - your crisis might lead you to a very different sort of conclusion.

Microsoft had a crisis of self under Satya Nadalla’s leadership - and has played trillionaire market cap leapfrog with Amazon and Apple as a result (and yes as of this writing well behind Apple but ahead of Amazon).  Prior to Satya, Microsoft was effectively a bad joke/cautionary tale due to their irrelevant and static identity.  Satya recognized the vice grip of the Windows operating system and the stigma that was associated with it. He redirected Microsoft’s attention and focused the company on long-term web and cloud contracts.

If organizations cannot contemplate whether or not they should exist, then perhaps they should not exist. Or at least, it is clear then that we serve some lesser role that may or not outlast the lifespan of a Gateway computer (why oh why is this brand back?! That bovine-inspired packing tho...).

Orgs that don’t have the ability to have a crisis of self are on the fastest track possible to non-existence.

Unless of course, they have capital ala, Simon and Brookfield, to prop them up for a long, slow, brutal, wind-down. But capital groups be warned - while money, efficiencies, and better management can help with a certain type of rescue - I’d recommend making sure the brand reckons with the purpose of its existence in the first place.

Others that aren’t in bankruptcy or named JCP are in a similar spot - they just don’t realize it yet. The swathes of “premium mediocre” brands are just a modern, distributed version of JCP. Or JCP is an amalgamation of these brands. The similarity is that they don’t really have a place in the world that really means anything to speak of to anyone, including especially themselves.

This is all very heavy. I usually temper statements like this but that’s the point. Don’t temper. Embrace the impending terror. “To venture causes anxiety, but not to venture is to lose one's self... And to venture in the highest is precisely to be conscious of one's self.”- yes more Kierkegaard. If you’re going to have a brand existential crisis, there won’t be much benefit from it if you’re not open to gutting your core identity. Nothing about your core identity should be shielded from examination. It doesn’t mean it will change - but you need to consider systems, channels, branding, mindset, products, customers, tactics, strategies, mission, vision, and beyond. Understand that not existing as a brand is not the end of the world - it will free you to be who you need to be.

On the extreme end of openness to identity shift, we see brands like Faculty. In her most recent Chips and Dips (028, another timely piece sent while I was editing this!) friend of Future Commerce, Emily Singer, commented on the Ben Schott article with examples of brands that are either shifting identities or making smart changes to how they do business. One of the examples - Faculty - actually has flexibility planned into their DNA.

“Faculty is a movement masquerading as a men’s grooming company. It has seven different logos and lacks a strict product roadmap… There’s an openness and mutability to Faculty that is inherently different.”

The company’s entire identity changes based on their drops. Existential crisis is their jam.

“...can fine-tune the tech in its own stores before licensing it out to other retailers, either allowing software to become an additional revenue stream or making a full pivot to SaaS.”

Even a brand that has incurred much attention to its entrance model is ready to expand its identity or maybe even pivot if they find that it's the right thing to do.

This is it: DON’T BE SO TIED TO WHO YOU WERE OR ARE OR EXISTENCE AT ALL. This is so important - this where we’ll pick up in Part 2.