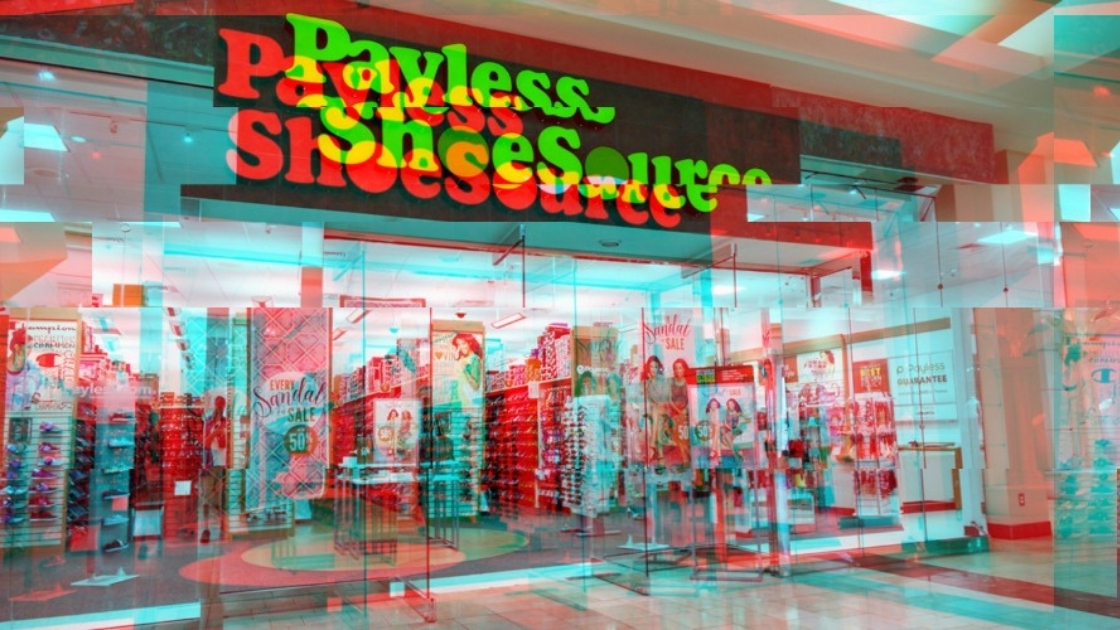 My friend Andrew was a network technician in Bay City, Michigan, circa 2002. As a Florida boy, I remember a January ride shotgun in his Nissan, feet frozen solid, to get a tour of his network operations center, a company called XO Communications. I, a nerd of the highest order, marveled at his domain knowledge — not just of their incredible fiber backbone that connected Google to midwestern America — but of the company's founding story.

Some 20 years later, his story is one I can't shake: the creation of a regional telecommunications giant that began in the phone closet of a Payless ShoeSource.

Last month, Payless Shoes emerged from bankruptcy with a new mission, a new website, and a new name. Now just "Payless", it was the brand's second time in Chapter 11 in the space of three years.

Pre-COVID, Payless' laces had already come untied — they struggled with a lack of cultural relevance, an absence of innovation, a new era of brands going direct, and a bifurcating middle class. In another version of the multiverse, the bifurcation of the middle class should have been a boost to a brand like Payless. Alas, in a world dominated by Amazon and Walmart, not even the warm glow of the orange-and-gold Cooper Black font could draw in the off-price, value-conscious shopper.

Despite its best efforts, including a 2018 stunt to sell its $20 sneaks under a luxe pop-up named "Palessi" on Fifth Avenue, everything that made Payless special was no longer relevant in the modern economy. Today, they hope to reconnect with a modern-brand retool, complete with a digital-first model and a new mission. More on that later.

It's hard to believe, but Payless was part of a prior generation's disruptive brands. Where other shoe stores had staffed salespersons (think Al Bundy of Married with Children), Payless disrupted retail footwear with a self-serve model. They boomed to prominence along with indoor shopping malls in the 1970s and 1980s, acquiring Stride-Rite, Sperry.

The search for significance in a HENRY-centric world (that's high-earner-not-rich-yet) saw Payless less as affordable, and more of a middle-America's Canal Street: disposable shoes, that sometimes looked like laughable knock-offs of Keds or Esprit.

While Payless could have been a model for vertical integration, instead their self-service model became the retail norm and they stagnated through rough economic times and a changing consumer. By the 1990s though, sales were on the rise, and store operators were beginning to feel the crunch of recession. It was time for a resole, and a small mid-Michigan startup would play the role of cobbler.

Denizens of the Web

Concentric Research began in Bay City in 1991, at the early dawn of the personal computers. The earliest of adopters would connect to regional networks, Bulletin Board Services, that allowed users to use dial-up services to get access to chat, email, message boards, and more.

Its founder, Marc Collins-Rector, was a hustler (and later, a convicted sex predator) who saw an opportunity to launch a local BBS.

The company’s setup reflected Collins-Rector’s ingenuity. Needing local telephone access numbers, but spurned by regional phone companies, he built a nationwide network by installing phone equipment in rented space in Payless Shoe Store locations around the country.
Concentric tapped a growing market. Bulletin boards, essentially pre-Web chat rooms, once numbered in the thousands, offering computer users the chance to find others with common interests and to trade messages on almost any topic.

Little is documented on the web about the terms of the deal, or how it came to be. As Andy recounted to me in 2002, some 11 years afterward, Collins-Rector rented the space out of the phone closet with little more than a handshake. Most of these stores had redundant phone lines that went unused: for fire alarm or security, for fax or time clock communications. These lines could be repurposed, and store operators could pocket a bit of cash in exchange.

It worked. By 1995, the small ISP had just 25 employees and was pulling nearly $1 million in revenue - and Silicon Valley took notice. They landed a deal with Kleiner-Perkins and were later sold to Nextlink for $2.9 billion (with a B), eventually becoming XO.

What is well documented is Collins-Rector's role in his joint-venture with Bitcoin billionaire Brock Pierce — a Valley-backed venture called DEN, Digital Entertainment Network. DEN launched in 1999 to replace physical media and cable networks with internet-enabled original programming. DEN launched with 30 original shows created with executives from the Walt Disney Company and corporate backers the likes of Ford and Pepsi.

This month, Digital Entertainment Network (www.den.net), a Web-based TV play, will roll out 30 original pilots - shows like Punk Planet, aimed at little punks, and Redemption High, for young Christians. The 21-minute episodes will be updated every two days, and viewers can opt for lo-res or higher-res video.
But DEN isn't just plunking TV on the Web... it's trying to create TV for the Web. That means eschewing the large general audiences of the major networks. "We're creating shows for the generation that is abandoning TV for the Internet"

Its launch, and subsequent flop, were covered by the likes of Wired and the LA Times. The venture failed, beset with extravagant spending, and executive jet-setting. Add to that the first of many child sex abuse scandals to follow Collins-Rector, and DEN was done-for. Today, the founder of Concentric is better known for keeping company with Jeffrey Epstein than he is for his role in bringing the internet to midwestern America.

Where Collins-Rector saw one generation abandoning a TV, that same generation eventually also abandoned Payless, the brand that housed the telephony equipment that made him his fortune. Eventually, the board asked DEN's founder to step down amid the lawsuit, the topic of which was featured prominently in An Open Secret (2015) regarding his use of the funding to groom and prey upon young boys with promise of stardom and fame.

And now, for some Americans, the next generation of internet connectivity will to be powered by Payless, as well. While busy retooling its retail business, the brand has taken up the playbook of other modern brands: to have a charitable cause. That cause, "Powered by Payless" will help individuals who will be unable to access the Internet or the technology needed for at-home and hybrid learning. In a community partnership initiative that is short on details and big on vision, their vision of connecting the needy to necessary services for education fits like a glove, er, shoe.

Consider their target consumer: lower-middle income, two working parents, school-age children. Hybrid and distance learning provides a challenge both to parents and to the retailer: what does back to school look like if you're not buying new shoes for your kids? The venture makes them more relevant than ever in a new retail paradigm.

Also relevant: operating a profitable business, which is going to be a feat (feet?) for Payless. In an April 2019 piece for The Outline, writer Sara Tatyana Berstein documents Payless employee compensation as being less-than-ideal:

Meanwhile, in the U.S, the average Payless sales associate makes $9.50 an hour. Managers pull in a whopping $12 an hour, putting a full-time manager just above the federal poverty level.

Closing some 600 stores may free them up to reboot. Their new strategy will entail launching 40-50 stores in the next 12 months and investing in digital. But, as we know well, running an eCommerce business isn't exactly a cheap affair, especially in categories where the cost for returns is sky-high (aka footwear). As we detailed in our January Vision report, consumer expectations are on the rise in eCom, too. Keeping costs in check while still delivering an affordable product is going to require some tap-dancing lessons.

As with any retail business in 2020, they'll have their work cut out for them just keeping afloat in a post-COVID America, nevermind donating to charity along the way. However, if they can connect a new generation to hybrid learning it may represent an opportunity to reframe the brand for a younger audience.

Instead of the uncool knockoff sneaker  — "this isn't Keds or Esprit" — perhaps the Powered by Payless program will enable the CARLY generation to equate the Payless mark as the means by which they access the rest of the web? Chromebook-powered hardware, Payless is your internet service provider... just as it was for thousands of Michiganders in the 1990s.

Which gives Andy's oral history a bit of a poetic ending, like finding the match to a pair of shoes.

Payless may yet disrupt all over again.