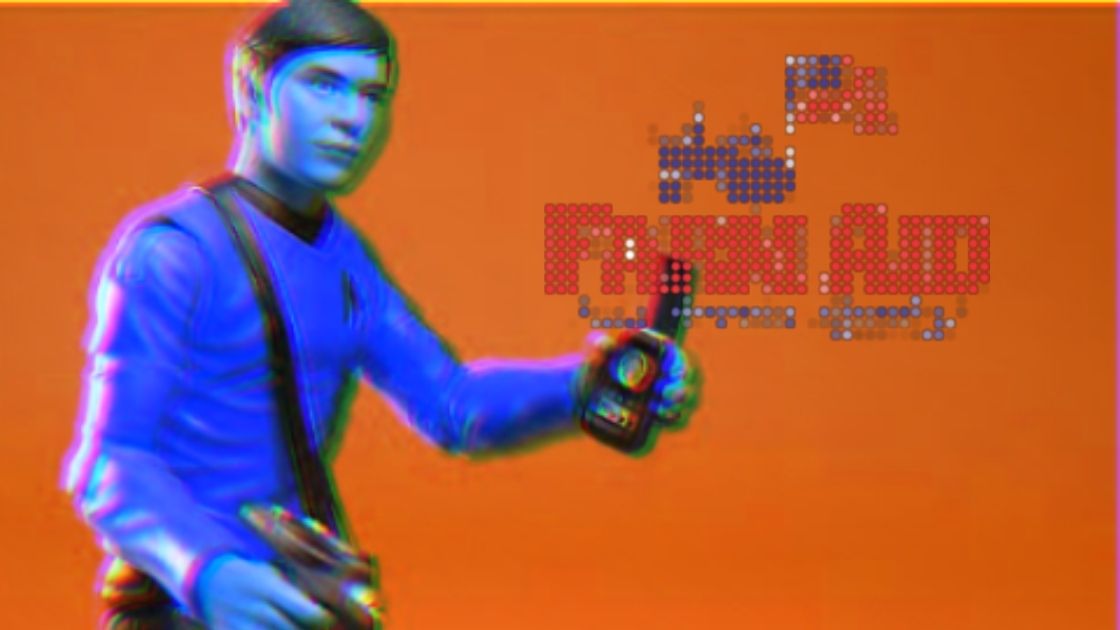 "Froot Loops!" she exclaimed. "What?" I replied. "I want Froot Loops! I've never had them before and I REALLYYYYY want them!" she cried. "What on earth made you want Froot Loops?" I inquired. "I saw them on TV and they're the fruitiest cereal in the world!"

Ah yes. Commercials. My children have been quite sheltered from advertising. They have grown up in a world that is fully on-demand, uninterrupted, and highly curated. They only recently saw commercials for the first time when they became fans of the television show Teen Titans Go! on the Cartoon Network, and they were perplexed why the show kept stopping for commercial breaks. I explained that this is how content producers (including me, their father) pay for the content they're creating.

If you have paid attention to any one of my 5 podcasts over the past decade you'll know: I have no problem with advertising.

Without commercials, my many neural pathways created in childhood that still retain jingles and slogans, would not exist. Advertising creates awareness, and awareness interest, and interest desire. My daughter, Pierce, desired Froot Loops.

So I got in the car and went to the grocery store to buy Froot Loops.

A Child of the Eighties

"Follow your nose! My nose always knows!" cries, Toucan Sam. Though he's an anthropomorphic parrot and not a Colombian cocaine dealer, his sugary cereal has the same effects on a 3rd grader as nose candy does on a 26-year-old investment banker. We had Froot Loops commercials when I was a kid. They played on a television that was a piece of furniture. A heavy electron-gun device with a cathode ray tube that was approximately 15 foot wide and weighed as many tons. That small screen in an ornate wooden enclosure occupied many hours of my Saturday mornings.

My childhood memories are a highlight reel of images that played on that 20" color television: the fall of the Berlin Wall, the Space Shuttle Challenger explosion, and many television commercials of the same era. If you are of a certain age, you are likely to have fond memories of the television commercials of the 80s and 90s. "The touch, the feel of cotton. The fabric of our lives" is one of many earworms that are not easily purged. Others, including Pork (the other white meat) and Beef (it's what's for dinner) — all marked a midpoint in a farm trade industry-fueled campaign that equivocated support of US farmers with patriotism and national pride.

Why is this? Why are so many of my childhood television advertising memories centered around farm trade industry advertising?

In short: the Red Scare, a trade embargo, and the fear of globalization.

Runaway inflation in the 1970s created tight monetary policy from the Federal Reserve in the 1980s. This, combined with a 1979 Soviet Union embargo, hit farmers hard. Higher production and record crop yields created more supply than there was demand, and the bottom fell out in the commodities markets for corn, wheat, and other Midwestern crops. In just 4 years, from 1981 to 1985, farmland values plummeted 60%.

This event was just the beginning of encouraging the American family to support farmers. It unlocked billions in advertising dollars in the latter part of the decade. Advertising dollars flooded into state farm trade councils. States began to compete for advertising dollars. The goal: get Americans to consume more and pick up the tab for the loss in exports.

"Beef: It's what's for dinner", "The incredible, edible egg" and "Pork: the other white meat" are examples of advertising campaigns funded by checkoff programs. A checkoff program is akin to union dues — a required payment in a commodity market to an industry group responsible for advertising or research. These federally required checkoff dollars created the ads that ran during the Saturday morning cartoons that I, and millions of other American children, still remember to this day.

Before the Internet and memes, we had Got Milk. The memes of our pre-Internet era were cultural touchstones. Strike that - they were monocultural touchstones. The famous 1990s campaign featured the mustachioed likes of Jennifer Aniston. But a decade prior, the National Dairy Board launched a distinctive campaign centered around health - the "It does a body good" campaign. That campaign featured youngsters drinking milk and, through successive video edits, growing up to be healthy (and attractive) older versions of themselves.

For commodity boards, including the California Milk Processing Board (a non-profit administered by the California Department of Food and Agriculture), the advertising was funded via the checkoff programs. They rushed to stage larger national campaigns, using federally mandated taxes on the producers that they were driving American families to support. Commodities distribution at the time amounted to a handful of regional monopolies, as just five states produced more than half of the total US Milk production.

California, the number two dairy producer in the nation, rose to number one:

...since 1980 more than half of the total U.S. milk production has come from only five states: California, Wisconsin, Minnesota, New York, and Pennsylvania. In 2000 California produced about twenty percent of the U.S. total, surpassing Wisconsin as the nation’s largest milk producer.
(Source: parks.ca.gov)

So if you're keeping track - the government requires that commodities producers (the same ones imperiled in the 1980s) pay into generic programs to support their industry through promotion and research, to allow a particular state to take the majority of all production in one industry. Yeah...

A common cinema trope is "Chekhov's Gun" - a principle that every element produced must have a purpose. From Anton Chekhov:

Remove everything that has no relevance to the story. If you say in the first chapter that there is a rifle hanging on the wall, in the second or third chapter it absolutely must go off.

If you're the US government and you're promising to backfill losses from trade embargos to hurting farmers, you're probably going to need to do better than a milk moustache. What's more, to promise the American populace health benefits from drinking cow's milk, to be followed by an obesity epidemic and the horrific treatment and cruelty of animals that industrialization of farming brought forth in the following decades, is abhorrent.

Americans didn't pick up the tab, either.

The 1988 US-Canada trade accord, combined with a 1989 lift of the Soviet embargo alleviated the farm industry's woes, but the balance of power had been shifted amongst states. The Red Scare behind us and broad awareness of these advertising programs opened the door to the peak of 1990s advertising checkoff spend.

The biggest beneficiary of this era of checkoff-funded advertising was likely the celebrities in the Got Milk campaign. Well - we got the Emmy award-winning California Raisins, too, I guess. Checkoffs became a sort of Chekhov's Gun, so to speak: a device introduced as a detail that had little or no bearing on the larger story, and ultimately served as a distraction.

For all of the awareness of the advertising campaigns of the era, I never once begged my mom to go to the grocery store and buy Pork. Not once. To be honest, if I had, she wouldn't have done it.

The 1968 Marvin Gaye hit has an apt phrase: "Oh, I heard it through the grapevine... Oh, I'm just about to lose my mind" — it's almost like he lived in 2020. Today we don't have the kind of (mono)cultural advertising impact that we had in the 1980s - and especially not through commodity checkoffs, though they still exist. Essentially, checkoffs didn't produce the outcome that was intended.

Checkoffs total over $900M in the United States today. They support everything from popcorn to mushrooms to aquaculture. US Dairy is super into podcasting as of late. As monoculture has faded, and children are less exposed to advertising due to the modernities of streaming and on-demand television, the large CPG brands are the ones that have lasting, generational impact in the American household. Kelloggs arguably has done a better job of spurring multi-generational affinity to commodities than checkoffs ever did.

And so children of today are still enthralled with Froot Loops — and considering that Froot Loops are made of corn, and you put them into milk...

So back to the grocery store trip. Did you know that they recently redesigned Toucan Sam? 2020 is the worst. That next morning when I came downstairs to a half-eaten bowl of Froot Loops, soggy and drowning in light-blue milk. "They're not that good," Pierce said to me, plainly.

That's marketing for you.