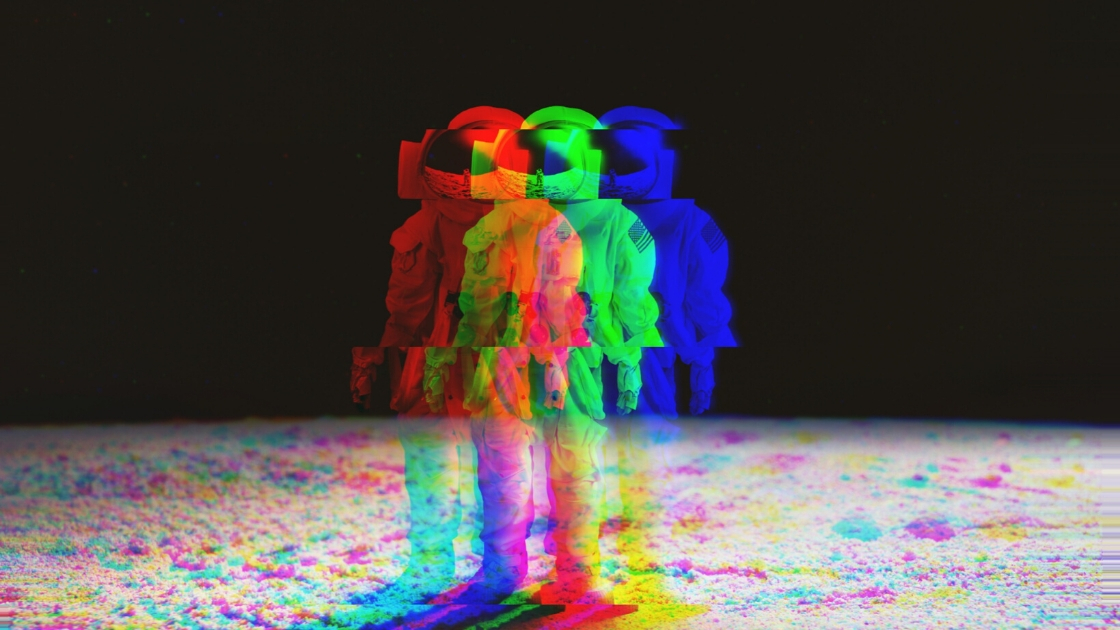 In the early days of Future Commerce, we talked a lot about how bleeding-edge technology could and would transform retail. Now here we are on our fourth anniversary. While commerce has changed significantly since we started, much of that change has been driven by external forces more than technology itself. Tech is enabling us to respond and adjust to circumstances, not the other way around. As I reflect back on those oh-so-hot takes of our first couple years, I can’t help but consider the relationship between incremental innovation and paradigm shifts.

Just this past week, we saw Twitter add a feature that allows you to tweet via voice. Brian of 2017 would have been overjoyed, a time when Future Commerce was covering voice-related and conversational technology advancements at length. Now the feature just seems like a ho-hum product development masquerading as innovation that serves to keep Twitter in the press and in the zeitgeist, on a platform that has traditionally been devoid of new product feature development.

There’s nothing wrong with launching “just” another feature; incremental building is how most innovation happens. It’s a long road to the future and it’s hard to recognize progress as we slink along.  On his Netflix comedy special, 23 Hours to Kill, Jerry Seinfeld joked - “Remember when we first got text? Not really, can’t really remember that. I can’t either. I know that we have it. I know we didn’t used to have it. I don’t know how we got it. I don’t remember… did they tell us we were getting it? Was there an announcement that we’re getting it? There wasn’t a commercial - I don’t remember a commercial”. I find it interesting that features like text -- which have arguably changed human communication -- seem like minor feature tweaks when we’re first introduced to them. Incrementality can also mean stepping toward a future that is not good for us, our communities, or our business.

Innovation is stepwise. Google was the twelfth search engine. Facebook was the tenth social network. iPad was the twentieth tablet. Even Neil Armstrong’s “one small step” onto the moon was a metaphorical leap forward that was, in reality, the culmination of a decade of incremental investment.

Lately on the show Phillip and I have been talking about what it takes to build a future that we’d actually want to be part of. We all know progress is inevitable. What’s not so certain is whether those changes will lead to a future we want to inhabit, or if we’re just going to fall into patterns of existing behavior for lack of inspiration. What if we put feature adoption, innovation, flying cars, gleaming cities, space transportation, and all that money to be made aside for a minute and simply considered the question: what kind of future do I want ahead? What’s required to get there?
‍

Sometimes this will mean very clear, low-hanging fruit-type steps, like Twitter’s voice feature. And sometimes this will mean world-altering initiatives like the iPhone. And sometimes this will mean not building something, or taking longer to build something. Or even giving up on a project because at some point along the way you recognize it’s not advancing that vision. This means taking a job to advance someone else’s vision because you recognize it’s the best and fastest way to get to that future. This might mean sticking at a company that’s lost its way because you know you can help get them back on track. And this might mean starting something new.

Interestingly enough, one of the most challenging parts of this process is working through a vision of the future. And I’m not talking about some nebulous vision where everyone is happy and we’re in a utopia. I’m talking about a vision of the future that’s achievable in the next generation. This is specific, tangible, story-worthy. It also can be limited in scope -  you don’t have to reimagine the entirety of society, but you do need to understand the broader impact.

If you feel like you have a hard time finding a vision, you’re not alone. If you’re lucky it dawns upon you via forces or ideas you’re scarcely aware of, but more often than not you can have to hunt it down. Like Jack London said, you need to go after it with a club.

All work can be broken down into steps of a process, and inspiration is no exception. You can guide yourself toward inspiration by following specific steps.

Take the time to know what’s going on in the current state of your industry. People who’ve been in their job for a while more or less assume they’re experts in their fields, and they may very well be. Resting on your laurels is natural. However, there’s almost always more to learn or new ideas being introduced. If you don’t have hyper-current knowledge of your field, you may spend a lot of time working towards things that already exist, or have been tried and failed, rather than building a future you’re proud of.

Develop passions beyond your field. It’s important to be an expert in your field, but balance is also needed. Myopia, an outcome of expert bias, will stifle inspiration in amazing and surprising ways. About a year ago, I read an article, The Peculiar Blindness of Experts, which talked about how “credentialed experts are comically bad at predicting the future.”

The article explores a study by psychologist and political scientist Philip E. Tetlock who wanted to measure who was more accurate when it came to predicting Soviet behavior: credential experts, whom he called “hedgehogs,” or generalists, whom he called “integrator foxes.” Hedgehogs know one big thing: they are “are deeply and tightly focused. Some have spent their career studying one problem. Incredibly, the hedgehogs performed especially poorly on long-term predictions within their specialty. They got worse as they accumulated experience and credentials in their field. The more information they had to work with, the more easily they could fit any story into their worldview.”

Foxes, on the other hand, know lots of little things, or as Tetlock wrote, “they draw from an eclectic array of traditions, and accept ambiguity and contradiction.” The challenge with experts, Tetlock warns, is that they give no credence to forces that are outside of what they know and believe to be true, and that makes them uniquely unsuited to predict the future, much less create one that they actually want.

When we get hyper-focused, we often get tunnel vision and lose track of the big picture. This is particularly dangerous when looking toward the future because it’s easy to lose track of how we will impact those outside of our field of vision.

I realize this can be problematic for people for whom every day is a race to finish. With a thousand fires to put out simultaneously it can feel like a luxury to ruminate on an idea for long periods at a time, but just do it. It’s vital.

Ideas need time to percolate. Your “aha!” breakthrough may not come while you sit in front of a blank computer screen or watching Netflix, but if you make time to work out things in your mind (practically daydreaming), you might just formulate something worthwhile.

Inspiration is a process that requires time, patience, and no small amount of effort. You need time to process all the things you’ve learned and observed in your research. How people find the “zone” of their mind is unique to each individual. Personally, I tend to process things when I’m doing something else, like taking a shower or mowing the lawn. If I take way too long to complete these tasks, it’s because I’ve gone into a deep-think about a problem or idea and have lost track of time.

It also means that I end up ignoring things I need to focus on, but sometimes one needs to pursue an idea to its logical conclusion without regard to the tasks on your to-do list. It’s important to follow the threads of your thoughts even if they begin with the most absurd notions and take too long for everyone else.

The minute you vocalize, you’ll often immediately get feedback. Certainly, some people love to poke holes and pop bubbles, which is useful in its own way. Others will take joy in pursuing other angles and augmenting your idea. Here’s the thing, let’s say you’ve thought about your idea from every possible angle you can think of and believe at the end of the day it has a lot of merit, socializing it will take it to the next level. Someone with a completely different perspective may reveal new aspects you haven’t considered, but need to. He or she can help you refine it further so that your idea becomes more plausible.

I get why people hesitate to share their idea with others. You’ve nurtured both the idea and the hope that it will change the world as you envision, but once you put it out there it’s open to criticism, and (possibly) worse: dismissal. Sharing absolutely poses some risk to your ego but once again, Nike it (just do it). Other people bring a lot to the table, and it’s important to find diverse voices to weigh in. How you solicit that feedback depends on the complexity of your vision and personality. For some, social media will be effective, while others may prefer to share it with colleagues over drinks. Figure out which way will work best for you and go for it.

By now you may have jotted it down in an email or created a few slides in a deck, but it’s time to document all aspects of the idea, including all the new angles you received as feedback. This document will prove very useful to you when making decisions about how and what you’re going to accomplish.

You’ll need to revisit your document -- and the idea itself -- frequently because it’s unlikely to be fully baked at that point. I find that every time I reread such a document, I always have fresh insight to add, and something to remove because it no longer holds water. Your vision evolves because you evolve.

By taking steps to build a view of the world you would like to see, documenting it, and iterating on it, you’ll find it much easier to sort through ideas and make decisions on which ones to pursue. Be faithful about adjusting your views as you receive feedback or learn new information. You’re not going to get everything right upfront, and the best visions of the future require diverse voices and perspectives. And don’t be discouraged when much of your progress feels like baby steps - incrementality is part of the process.

As you follow Future Commerce, you’ve got a front-row seat to watch the evolution of our understanding of the world and where we need to go. We need your feedback and input as we look ahead at our next, fifth year. We hope to make the world a better place, one step at a time, together.