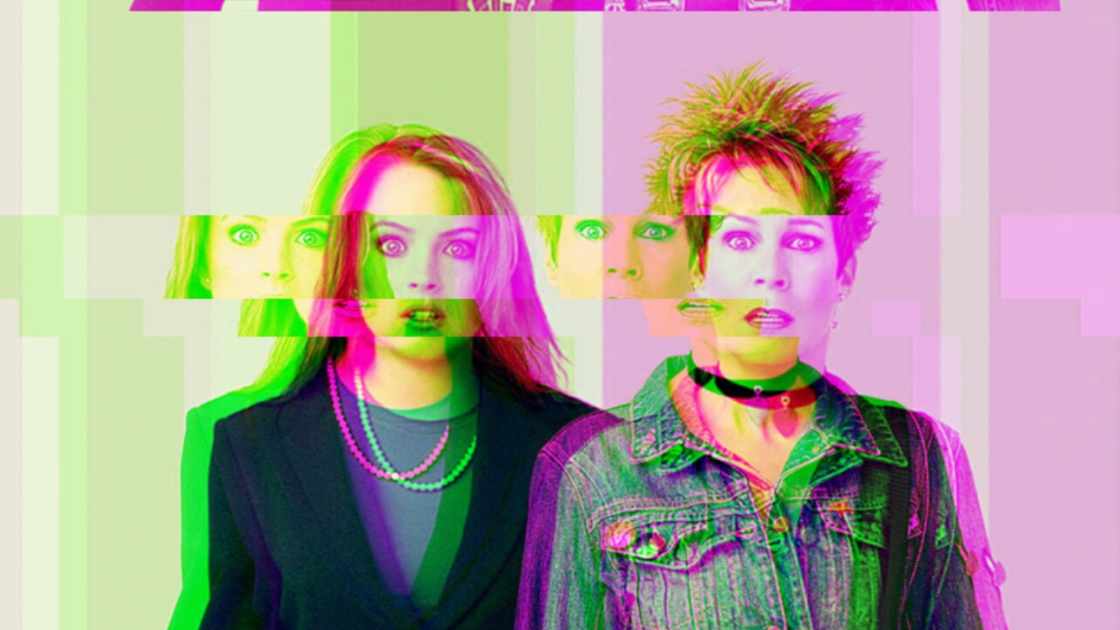 If eCommerce were a person I'd imagine it's walking around all smug like it owns the place. He's had a recent windfall and is flaunting his newfound success. People are finally treating eComm with the respect he deserves. They applaud when he enters the room, they talk about him at dinner parties. He's finally the most popular kid at school.

He'll relish this moment, not because it might be fleeting, but because the longer that the present environment carries on, the more likely it is that this case of mistaken identity will become permanent.

How did he find this newfound fame? He recently swapped bodies with his big brother, Brick and Mortar.

If you haven't been out of your home for the past 8 weeks (I wouldn't blame you) you'd be forgiven for not recognizing the real-life body swap we're all living through. Every day, physical retail gets harder: non-essential businesses are implementing physical distancing measures such as one-way aisles, required mask-wearing, face shields, and plexiglass barriers at the checkout — all physical manifestations of the body swap in action.

Every day another layer of protection, or distance, is added between a customer and the retail worker. And, seemingly, every day a new layer of convenience is added to digital experiences to bring us one layer closer than before.‍

The Swapcast Podcast is a film and TV podcast where they exclusively review titles which have characters which body swap. This is a frighteningly common trope in cinema, with Walt Disney reprising the film Freaky Friday no less than 4 times since 1972. To date, the Swapcast Podcast has reviewed over 45 such films. Wow.

The plot summary from IMDB for Freaky Friday is as follows:

After receiving cryptic fortunes at a Chinese restaurant, a Mother and Daughter (Jamie Lee Curtis, Lindsay Lohan) wake up the next day to discover that they have somehow switched bodies. Unable to switch back, they are forced to masquerade as one another until a solution can be found. In the process, they develop a new sense of respect and understanding for one another.

For all of the annoyances of online shopping, determined customers have put up with the less-than-stellar experience for two decades. No-reply emails from customer service, virtual queues, "AI" chatbots named Ted who suggest articles from a wiki that you've already found via Google search.

And yet, for all these annoyances, eCommerce was still pretty convenient. If you were spearfishing for a product you already knew you wanted, buying from Amazon and avoiding a trip to the store was not only the easiest choice, it was the correct choice.

But if you wanted to have the item today, or make a more informed decision — or just see something in person before committing to it - well, Brick and Mortar was your man.

Not anymore. Even digitally-assisted store experiences lack efficiency. My trip to Lowe's home improvement store on Saturday saw a line wrap around the block for the curbside pickup lane. It was blocking traffic, and many customers had shut off their cars and were standing outside the vehicle while waiting.

As I spoke to a cashier it felt like eCommerce of old. I had a mask on, as did she, and there was glass between us. Neither of us could hear each other, and she couldn't tell I was smiling. It felt like the real-life equivalence of a no-reply abandoned cart email from an eComm brand. You're asking me if I found everything I need, but you're physically incapable of hearing my response.

I've been speaking about a third eCommerce modernity on Future Commerce for the past 6 months. In the Third Modernity, we would cast off restraints of real-world analogies from our digital commerce experiences.

For a primer, let's look at the desktop computing metaphor.

In the 1960s and 1970s, computer scientists and digital architects used real-life analogs to help laypeople understand how a personal computer is capable of accomplishing tasks or organizing information. Files and folders organize information. Spaces like a Desktop contain work in progress. A wastebasket is where we dispose of unwanted work. You get the picture. As the masses adopted desktop computing, the desktop metaphor caught on. We still use files and folders today.

When the iPhone launched in 2007 it relied heavily on a technique that emulates real-life environments to communicate digital ideas. This technique, called skeuomorphism, is a design principle that emulates the real world to connect us to the digital world. The notes app looked like a legal pad, Game Center looked like a green felt card table. Skeuomorphorphism allowed a generation to engage in computing without a keyboard and a mouse.

As iOS matured over time, the real-world analogs fell away.

In eCommerce, we typically put items into a cart. Those items are loosely grouped into categories or aisles. And once they're in our cart, we push it to checkout before paying for the items.

This erosion has had an effect on consumer demand and began to shape real-world experiences, in turn. In-car delivery, click-and-collect, or BOPIS (buy online pick up in-store), are offshoots of providing digital experiences overlayed onto real-world interactions.

Jennifer Garner's character in body swap movie 13 Going on 30 finds a young girl suddenly in a grown-up role. At her 13th birthday party, a game of "7 minutes in heaven" with a boy transports her to the sudden responsibility of a millennial real-world job at a magazine.

We can all relate to the suddenness of being thrust into a new context. 60% of the workforce in the United States became remote on March 6th, 2020. We all had to learn to act like we had it all under control while learning the cultural norms of a new world. This isn't easy, and "fake it till you make it" is much harder when a virus may not just kill your body, but the resulting economic fallout of "The Q" (what the cool kids are calling the quarantine) might kill your business as well.

Jennifer's character makes the best of it, turns the business around, and returns to her old life with new perspective. But not before she teaches her friends how to do the Thriller dance at a work event, and encourages them all to lighten up and enjoy life. This youthful perspective forced on the seriousness of the workplace changes the course of the future of the business.

When I first wrote about the Third eCommerce Modernity in 2019 I was convinced that the "no-code movement" would propel the maternity forward. "No-code" eCommerce would provide visual tools and simple integrations which allow newer, better experiences. It would connect creators to the consumer, directly. We would no longer be at the mercy of a developer or a technologist to be able to create a complex supply chain and product manufacturing or to deliver it by adopting logistics.

Instead in the age of Coronavirus, we're seeing that the Third Modernity will be an accelerated adoption of eCommerce, which will forever reshape our physical experiences. This "reverse skeuomorphism" was already in full swing before The Q. Think Panera Bread's order kiosk or self-checkout. Physical spaces are being reworked to more closely resemble their digital counterparts.

I've always been of the mindset that eCommerce would grow in the longterm, but we've compressed 15 years of growth into just two months. Shopify is touting 46% growth YoY for the same 2-month period of March and April 2019 to 2020.

While eCommerce gets easier and more personal, our old friend Brick and Mortar is getting more impersonal and much, much harder. Just as in 13 Going on 30, the youthful perspective of eCommerce will change the consumer's behavior forever. Net-net this is a positive for the consumer. In the medium term, we're going to have to deal with a lot of empty real estate and an entire generation (Gen Q?) that will change consumption habits.

There have been no less than four versions of the movie Freaky Friday. Mom and daughter body swap and hijinks ensue. In the end, everyone learns a lesson, some gratitude, and a little respect.

I think that we're on pace for four outcomes of the economic shift due to Coronavirus. We're living through the first now. They are, in order:

Just like the movies, it all seems so outlandish. But the retail body swap has already happened. eCommerce has a reason to be a little smug. He has something to prove.

As with the film, we can only suspend our disbelief for so long to find some deeper meaning and apply what we've learned to our own lives. Eventually, we'll come back to reality and realize that maybe this change is permanent, maybe it isn't. Either way, we're likely changed forever.