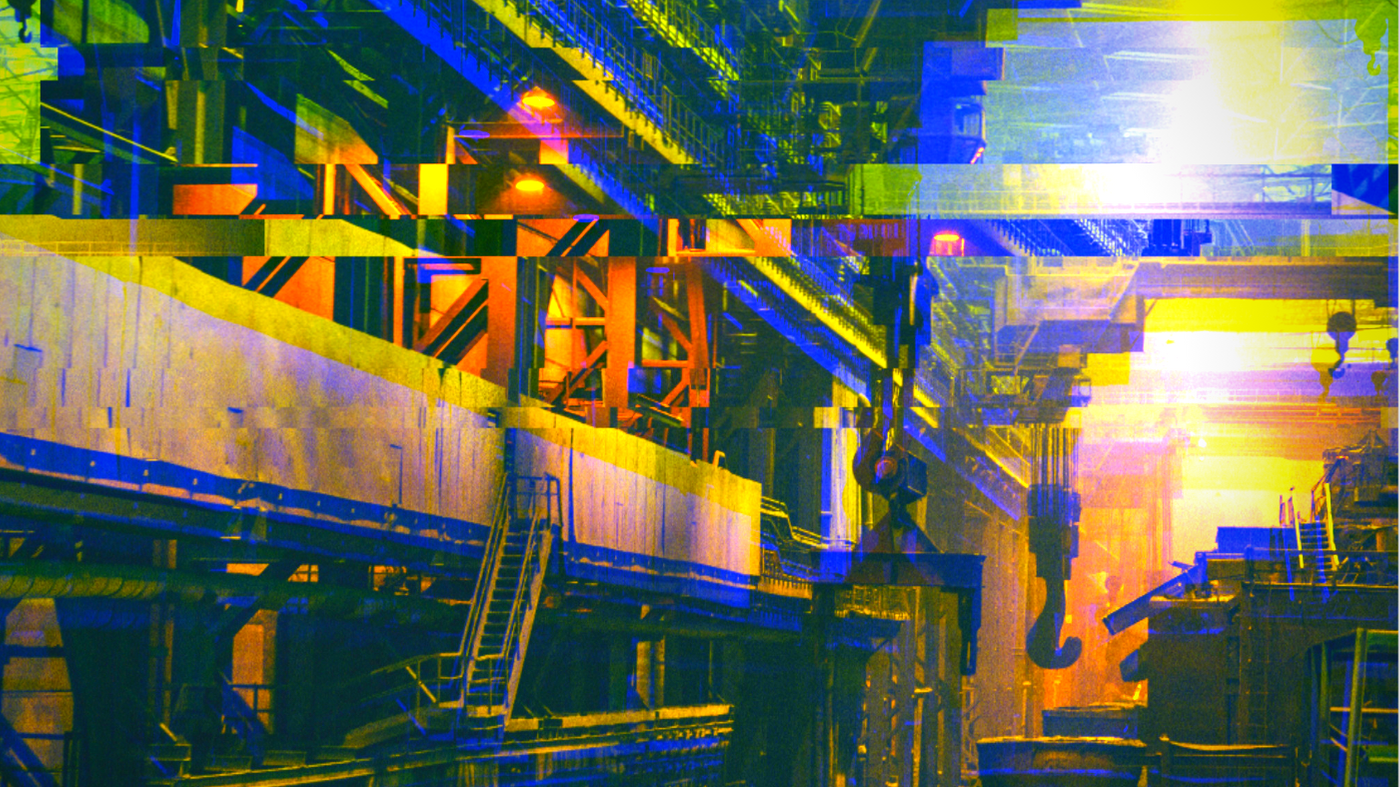 Insiders 031: From Plows to Swords

Like the rest of you, I’m trying to stay sane during this self-quarantine. The kids are home, playing hide and seek, and I’m busy trying to hide from them to seek out solutions for keeping an agency running, and a startup functioning, while we all figure out how to work from home. Zoom calls from 8-6pm are now the norm, and I love the ingenuity that some people have in setting up temporary working spaces from home.

One of the ways I stay sane is to practice daily prayer and meditation. One of my studies this week had a passage from Joel 3 in the Old Testament:

Beat your plowshares into swords and your pruning hooks into spears. Let the weakling say, "I am strong!"

How fitting. Americans are currently repurposing their living room, kitchens, or dining rooms into workspaces. A friend of mine took the opportunity to clean out his basement and create a home office. One of our frontend tech leads at Something Digital used 4 wine bottles to get his laptop up to standing-desk height. We’re making due, and we all are repurposing our living spaces to double as makeshift offices. It’s not a permanent situation, but it works for now.

In this passage from Joel, there is a call to war. With so many US businesses suffering the economic hardship of social distancing, it seems as though we’re at war with this virus. The call to arms to manufacture ventilators and surgical masks sounds a lot like the mandate from the Prophet.

Just like the nation of Israel repurposing gardening tools into spears, brands such as Allbirds, LVMH, Tesla, and more are repurposing their tools that reap a harvest of consumer demand, into swords and spears to fight a growing coronavirus threat on the global stage.

As we speak, NY Governor Andrew Cuomo, and NYC Mayor Bill de Blasio are battling the virus, pleading for the federal government to help the city secure much needed weapons, specifically 3 million N95 masks, 50 million surgical masks, 15,000 ventilators and 25 million surgical gowns, coveralls and surgical masks by early April. Dartmouth Hitchcock asked contractors and anyone else who may have such things for donations of any expendable personal protective equipment (PPE).

The Surgeon General has also sent urgent pleas to the public not to hoard masks, as it creates a shortage for the healthcare workers and ER personnel who need them most. That fear has come to pass, and healthcare workers have had to resort to making masks out of office supplies.

As we near hospital bed shortages, even more dire situations will arise. A number of patients may need to be denied care or never receive it due to lengthy wait times and lack of ICU space. The New England Journal of Medicine reports that rationing is a grim fact of life in Italy, stating: “Though Italy’s health system is highly regarded and has 3.2 hospital beds per 1000 people (as compared with 2.8 in the United States), it has been impossible to meet the needs of so many critically ill patients simultaneously.”

While America has always been the land of plenty, with capitalists ready to fill market voids, how is it that the richest country in the world can’t provide its medical staff with the most basic equipment like masks and surgical gowns?

“In my field, adequate preparation means having the plans, money, equipment, and expertise in place to avert all but a tiny percentage of the harms that might otherwise occur. Yet because of the nature of pandemics, even a level of preparation that looks robust to homeland-security experts could still fail to prevent thousands of deaths.”

She argues that adequate preparation includes testing without fear of co-pays and guaranteed sick pay for employees so they’ll stay home when they’re ill. These measures would flatten the curve of infections, allowing our medical system to better accommodate the influx of patients.

We’re about to see a plan B emerge. Enter, stage left, The Defense Production Act.

It started when the president of Massachusetts General Hospital asked the federal government to go into a “war-like stance” and launch a “Manhattan Project” to accelerate production of protective gear.

On Friday, President Trump said that if necessary, he’d trigger emergency war powers in order to accelerate production of urgently needed supplies. Those powers are granted to the president through the Defense Production Act of 1950, which “allows the government to force private businesses to prioritize government contracts.” The DPA was signed into law by President Harry S. Truman amid concerns that the Korean War effort could be hobbled by shortages of supplies and equipment. Since then it has been invoked in a wide range of emergencies, including war, hurricanes and terrorist attacks.

In 1939, the US army was woefully unprepared to fight a second world war, a situation FDR set about righting:

“Powerful enemies must be out-fought and out-produced. It is not enough to turn out just a few more planes, a few more tanks, a few more guns, a few more ships than can be turned out by our enemies. We must out-produce them overwhelmingly, so that there can be no question of our ability to provide a crushing superiority of equipment in any theatre of the world war.”

American business responded, and in the end, US manufacturers produced nearly 75% of all military equipment used by allied forces. By 1943, 46% of women aged 14 - 59, worked in a factory or for National Service, and 90% of single women employed.

On March 24, the President issued his first directive under the wartime powers act, according to the New York Times, when he mandated, “the production of 60,000 coronavirus test kits as state leaders ramp up pleas for assistance in combating the coronavirus pandemic.”

In addition to that mandate, companies in the US and around the world are pitching in to meet the demands of fighting the pandemic.

What’s really interesting to me is the way companies like Ford, GM and Rolls Royce can step up to make highly specialized and complex medical equipment in short order. Such transitions are possible thanks to high tech trends in manufacturing, such as 3D printing, advanced robotics, AI and data analytics. These advances allow for a great deal of flexibility in manufacturing, which means American and global businesses really do have the potential to step up and manufacture essential supplies in a hurry.

3D printing has even been deployed in Bresca, Italy. A hospital and its supplier ran out of respiratory valves when Isinnova, an engineering firm, was able to print 100 valves in just 24 hours.

There’s one other sector that has been remarkable in its ability to repurpose and adapt to the pandemic: education.

All at once, teachers were told to complete the school year online. As one Scarsdale, NY teacher told me, “Suddenly we need to start’ ‘virtual teaching’ but none one has said how that is going to look--or how one can teach kindergarteners remotely.”

Even if teachers do manage to transform their lesson plans so they’re suitable for online learning, a great many of their students live in households where computers are a shared resource. Many will compete with mom and dad for computer time now that many states have ordered  all non-essential employees to work from home.

In a span of just a few weeks we’ve seen a global need to ensure that every man, woman and child has unfettered access to a computer and has the skills to conduct their most vital functions with it. To their credit, school districts have scrambled to provide laptops to students and employees who need them. It’s an emergency infrastructure challenge that historians will write about for years to come.

This could lead to a present opportunity for initiatives for accessible computing to revive, or to find new avenues for access to mobile learning platforms. As we’ve seen with cookware startups, products go hand-in-hand with services. And while “DTC” has always been about physical goods, these types of value-add services for consumer goods may see an appreciable rise as more Americans struggle with working from home:

DTC electronics manufacturers could find a potential boom town in providing content, even services, for these sectors.

As we saw with Glossier, Allbirds, Cuyana, DTC led the retail industry in proactive store closures at the beginning of the COVID-19 crisis. At the time of this writing Allbirds has donated $500,000 in shoes, and launched a 1-for-1 campaign to help others donate footwear to those on the front lines of healthcare at this time.

Similarly, Everlane is donating 100% of profits of its newest product release to Feeding America. Summersalt has pivoted its customer service center into an emotional support hotline (h/t to The Hustle for bringing to our attention.)

DTC isn’t only into philanthropy, either. Categories like Food & Beverage, Baby Products are seeing a significant uptick right now. Brands in those categories will undoubtedly use this influx of customer activity to fund new product innovation right now with so many families cooped up at home.

We who consider ourselves as members of the new economy can contribute to the effort. DTC clothing brands can stitch up surgical gowns for their local hospitals; cosmetic brands look into producing hand sanitizer. Equally important: getting essentials into the hands of families told to shelter in place. The more we help avoid the spread of the disease, the more lives will be saved, and the sooner we can all return to normal.

Until then, let’s think of ways we can repurpose our skills and tools for fighting the greater threat, and let the weak say “I am strong.”