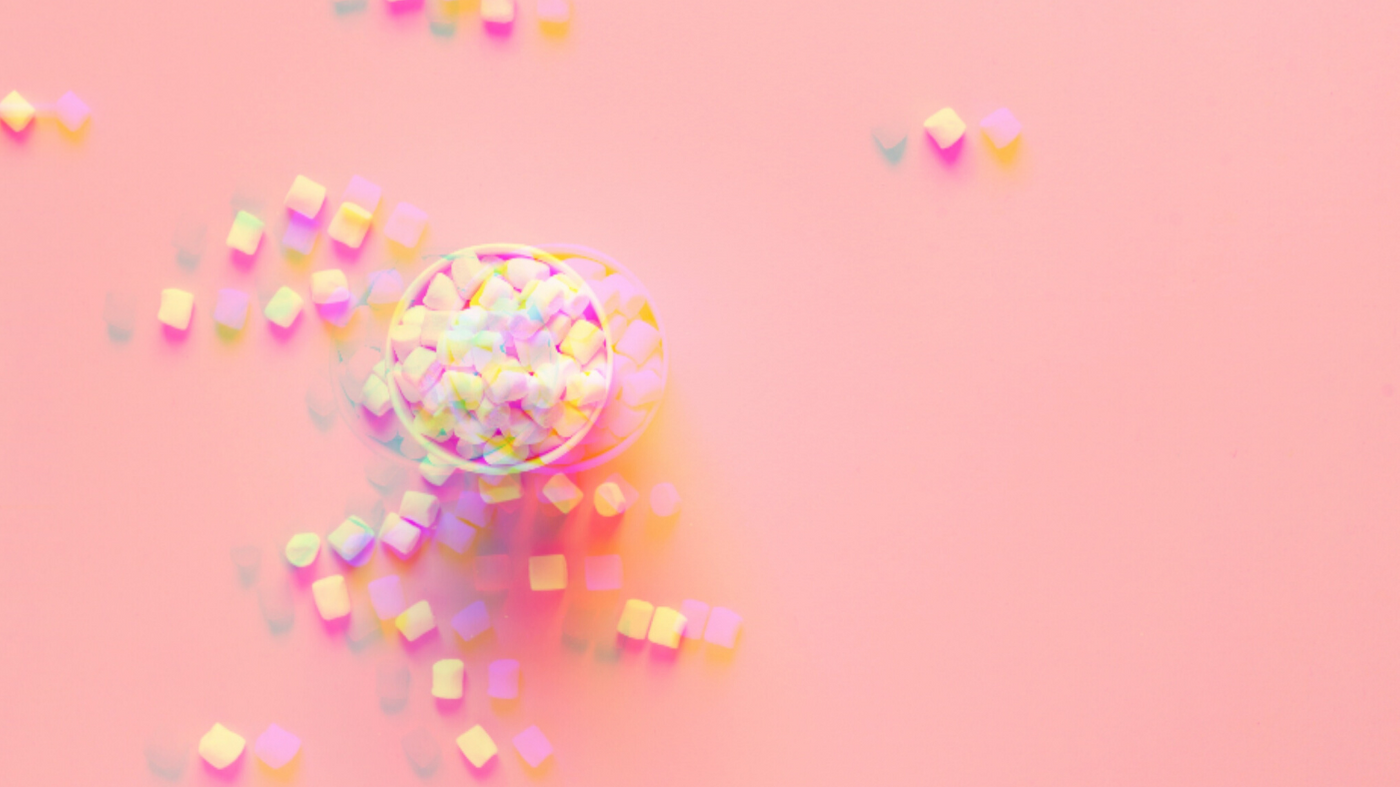 Note: This is part 2 of a 2-part series. Part 1 was published over on the Something Digital Blog. Click here to read Part 1.

"We live in the gosh-darned future," I said to Greg. "You won't believe it — there's a whole set up in the lobby of desserts for Valentine's Day with a sign that has a Venmo code on it. I just bought some stuff for Jaci."

Greg thought for a moment and then walked out to see for himself, before returning with what amounted to about $9 of chocolate-covered marshmallows in a cute plastic container with a heart on it, perfect as a gift for Valentine's Day.

"You know, the honor system isn't new, Phillip." Greg chuckled to me while taking a picture of his treat to send to his wife (I don't think Greg understands how surprises work).

He's probably right. The honor system isn't new. But a digitally-enabled local business being able to scale their sales route, is.

My mother was a baker by trade. My father was a hustler. They made a great team - my Mom, an artisan, whose canvas was pastry, and her paints Bavarian cream and chocolate icing. My father an expert salesman, a veritable PT Barnum of baked goods.

Foot traffic into our shop in Tampa was low at times and in the early 1990s (pre-internet), my Dad would take to the streets to offload overage — the daily cookies, pastries, and various other treats that would likely go unsold for the day. He'd make the rounds to local businesses and office parks, earning the title "Cookie Man" by local shopkeepers. I often say that he invented Happy Hour before suburban Starbucks was a thing. 2:00 pm rolled around and he would show up with a basket of goods and cookies for $2 a piece. Though the cookies were above-average in size, even in the late 1990's this was a luxury price for an otherwise commonplace baked good.

Dad had a schtick. "Handmade, homemade, artisan!" he'd exclaim. His salesmanship was incredible, and he never came home with a full basket. But he was one man, and he couldn't be everywhere at once. The traveling cookie salesman model wasn't scalable, and very few had his skillset.

The honor-system kiosk was set up by Milka Gordillo. She runs a local confectionary business, Sweets by Milka, which makes homemade marshmallow-based treats "with just 4 ingredients." She can often be found at the West Palm Beach Green Market in the springtime and was recently part of the 1909 Accelerator, a non-profit startup accelerator for local entrepreneurs here in West Palm Beach.

Sweets by Milka is a modern business. In addition to selling locally, they have a website offering shipping to the lower 48 states. The site is powered by Square and has a catalog that offers basic functionality. In 2020, basic functionality includes Apple Pay/Gpay.

Square has accelerated the capabilities of a local business. When my parents launched their first bakery in 1985, a basic cash register and handwritten tickets, paper ledgers were the norm for a local business. By the time they launched a second location in 1994, they had networked PCs with dial-up access, but they had to pay thousands of dollars for a customized Point of Sale system. This meant being able to run a more complicated business, such as a consignment operation but also meant technical headaches. They frequently had IT on-call, they paid for costly updates to the software, and during tax season they needed a coder to help make sense of the books for the accountant.

There were many hurdles, not the least of which was the lack of technical capabilities for a generation raised in the analogue-age to be adopting technology later in life.

Such an investment isn't required anymore for local entrepreneurs like Gordillo. Sweets by Milka has a unified system through Square that allows a business to have a single catalog, total view of inventory, a basic CRM, and accounting integration. Oh, and an eCommerce site.

The sales route is digitally-enabled now, too. The ability for Milka to set up shop in a local business and provide her goods on a decorated table is one that many local artisans are taking advantage of. Their goods can be for sale for longer than their ability to be present to capture payments. Using a payment platform like Venmo, Sweets by Milka can decentralize her sales efforts and allow the product to sell itself all day long.

Venmo's QR-code enabled technology allows the business to have a point-of-sale on demand. With no need to have a physical card present, a business sales route becomes a series of digitally-enabled pop-ups.

The marshmallow-and-chocolate products for sale at 1909 lasted but a day. Milka's history on Venmo shows a surprising number of patrons, and because of the peer-to-peer nature of the payments platform, she won't incur any gateway or transaction fees, either.

Although it was 9 years later, when my parents set out to launch their second shop in 1994, the world hadn't changed much. Catalog and point of sale were becoming digitized, and my parents were experimenting with weekly fax newsletters and ordering; but all of the other fundamentals still required in-person interaction. Accounting, banking, tax filing. Chamber of commerce meetings, trips to the graphic designer's office.

Today, the "tech stack" of local business astounds me. Payments aren't the only thing that have become digitally-enabled. Accounting platform Freshbooks provides on-demand accountants and bookkeeping. Paypal offers small business loans and lines of credit. Square, Toast, Shopify, and more have disrupted point of sale. And it all can be run from an iPad that costs just a few hundred dollars.

For The Jackson Cookie Company, digital enablement would have meant 12 hour days for my parents who stayed late into the evening to keep the books and catch up on administration, instead of the 18 hour days they so often logged.

Digital enablement would have provided access to new markets and scale, too. In an age where the public has accepted that we no longer own music and movies, supermarkets and restaurants are the next in line to be virtualized. A business like Gordillo's can have the strategic advantage of operating from a commercial facility while still maintaining a brand. She can reach her customers from delivery apps like Uber Eats and Seamless, and gain a loyal customer following on Yelp. She can drive virtual traffic with Instagram and Facebook Local.

In 2020, Sweets by Milka doesn't need to be physically present to succeed. They don't ever need a storefront, either. Venmo-powered kiosks in local offices may allow a local entrepreneur to build a tidy lifestyle business. Eventually, those customers get married or have a baby shower, and buy catering services such as the S'mores Cart available for purchase on the site for $550, all without having to deal with a physical storefront. This is local brand-building in the 21st century.

Future opportunities may extend her ability to scale two-fold. Municipalities are beginning to warm up to the idea of Ghost Kitchens (also called Cloud Kitchens) — virtual restaurants that exist in brand only, and needn't make a costly investment of a brick-and-mortar storefront. According to a report by William Blair, $400B, or 55%, of restaurant spend will be off-premises by 2022, and it doesn’t look to be slowing down.

The ability to expand your addressable market in a consumables/perishables business with delivery may increase the scale of the business and allow for real growth while weathering fashionable trends. Food trends come and go, as we saw with Pinkberry in the prior decade, not to mention various cupcake companies that have come and gone. While any given town may allow for dozens of coffee shops, but only a handful of laundromats; local delivery and ghost kitchens may allow for the emergence of larger businesses that aren't reliant on foot traffic or even a customer base that is within its immediate vicinity.

For now, Milka can keep creating her treats and selling her wares at the Green Market and in local businesses around town while laws and customer demands catch up. She'll spend the next few years focused on unit economics and building a local following.

Meanwhile, everything else is becoming easier. I wish that my parents had lived a generation later, they may have had a chance to build something truly remarkable. The fundamentals are still, well, fundamental: you still need to deliver a great product and drive customer interest. But you don't need to drive around with a basket of cookies on the front seat of your 1979 Cutlass Supreme. You can drive sales on Instagram, set up a Venmo kiosk, or deliver with a kid driving a 2015 Prius.

We live in the gosh-darned future.