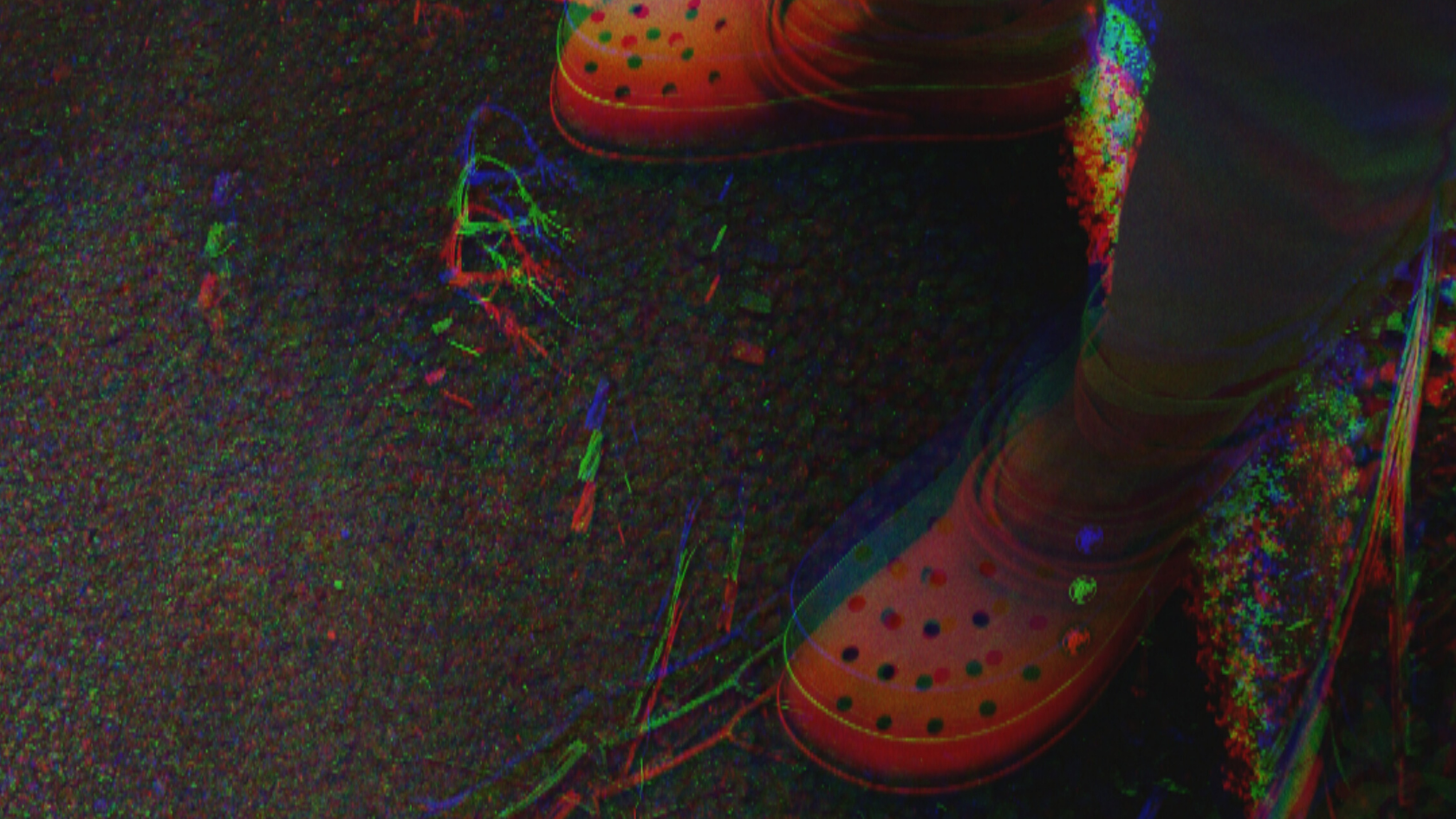 A line stretches around the mall. High schoolers and young adults stand single-file in a line that wraps past the Bath and Body Works and JC Penney. They stare at their phones, mostly previous generation iPhones, which are aglow with TikTok videos. Are they waiting for the new iPhone? Can’t be, it was released weeks ago. Beyoncé Tickets? Baby Yoda dolls? Nope, nope,  and nope.

They’re in line awaiting the open of the Crocs store, to get their hands on a pair of the limited-run collaboration with Post Malone.

At Future Commerce, we’ve spent 2019 unpacking the new rise of retail direct-to-consumer brands, and how Venture Capital and Private Equity have been fueling consumer product mindset shift away from the heritage brands you grew up with to new challengers.

Many of those startups focus on luxury price points and are centered on experience. Think Peloton. (Research consultancy 2PM has written a fantastic piece on the psychographics of these consumers which you can read here) In 2003 Fortune Magazine published a piece on high earners with significant discretionary income and how hard they would be hit from the Alternative Minimum Tax at the time. This market segment they deemed HENRY: High Earner Not Rich Yet.

In the report, the HENRY psychographic is described as an individual prone to mix brands from extreme ends of the marketplace, choosing to have subtle “flexes” (signs of affluence) over a slew of visible, ostentatious showpieces. They also seem to prize heritage brands like Rolex but will mix with new direct-to-consumer pieces like Away luggage.

But the customer in line at Crocs is a different beast. They’re younger, more dependent on their parents. Some may call them Generation Z - but they’re not all of a particular generational group as you see some late teens to early thirties. You’ve heard of HENRY.

Let me introduce you to CARLY: Can’t Afford Real Life Yet.

Like HENRY the mall-goers in line at Crocs don’t have a generational affinity. They seem to belong to a psychographic group that:

CARLY’s world changes more frequently than HENRY. Cool things come and go much quicker, and this mindset is fueled by the ephemeral, viral nature of video and chat services like TikTok and Snapchat. Memes are created and destroyed in a day on these services - and in many ways, they rarely gain global status or appeal.

Memes have a shorter half-life in 2019 than ever before and are more densely concentrated amongst social groups. Some never make it outside of a small circle of friends. This is a continuation of a trend we’ve seen since the dismantling of the monoculture.

CARLY doesn’t know what monoculture is - and can’t even begin to fathom a world where everyone watched Leave it To Beaver. The most famous person CARLY can think of is Marko, who has a scant 3 million followers on Youtube, and posts videos of himself painting sneakers. CARLY doesn’t realize that her world and her social group is smaller today than her parents’ generation was. To CARLY, Michael Jackson has the same kind of cultural significance as Marko because in her world, everyone knows Marko and everyone is equally influenced by him.

Monoculture has been on the decline since the broad adoption of the internet allowed us to find and connect with people of ever-narrower tastes. Niche groups beget niche memes. This ever-increasing niche-ification of social groups has, itself, spawned psychographic groups. This group finds itself at malls because, well, they can’t drink yet. Products like Crocs become popular because they are intentionally counter-cultural. They are gaining steam because CARLY wore them as a child due to the utility of the shoe: it’s easy to clean, it is durable, it doesn’t have laces, and her Gen X or Millennial parents weren’t as concerned with the aesthetic of their children’s shoes as much as they were their perfect Instagram plan and filter use.

Counter-culture affinity doesn’t stop with apparel. Consider Post Malone, the former “Soundcloud Rapper” with face tattoos and co-creator of the desired Crocs clog. Malone is visibly an outsider, covered in tattoos, and dressed in a manner that might allow one to mistake him as homeless; with a voice that doesn’t match the rest of his aesthetic. He is a dichotomy, and he’s perfect for someone like CARLY who sees herself as a bit of an outsider, someone with unique tastes, and has a penchant for people and brands which market themselves as less-than-perfect, innately flawed, or visibly unpolished.

The most popular young artist in the most unpopular young nation is a rhinestone cowboy who looks like he crawled out of a primordial swamp of nacho cheese. Post Malone is a Halloween rental, a removable platinum grill, a Cubic Zirconium proposal on the jumbo screen of a last-place team. - Washington Post

In a 2018 piece on the rapper, The Washington Post described Malone’s music as “one of the shallowest bastardizations of rap to date.” Since that piece, his music has won Grammys, and he had a #1 hit, Sunflower, that appeared on the Spiderman: Into the Spiderverse soundtrack. In a prior INSIDERS essay, Brian discussed the phenomenon of building an audience and repurposing it for product and commerce creation. Malone is the latest in a line of creators who are partnering with brands to reach their audience. These collaborations are connecting with the very psychographic nature of audience segments like CARLY who are prone to align with brands based not just on the brands’ status amongst their peer group, but on how it makes them feel.‍

Post Malone is the perfect creator to partner with Crocs, the perfect brand to connect with CARLY.

CARLY is Changing Everything

Everything that CARLY is interacting with is adapting to her worldview.

While Millennials were professional life-livers who are weighed down with student loans and are starting to worry about their 401k contributions, CARLY is idealistic and young enough to still want to change the world. CARLY sees herself as a professional world changer. Her role model is Greta Thunberg, the 16-year-old climate activist recently named as TIME’s Person of the Year.

CARLY wonders about and thinks about the things that Greta thinks about - the adverse effects of her footprint in the world and how her actions have direct repercussions on the future of humanity. CARLY can worry about this chiefly because she has very little else to worry about. She seeks out and aligns with brands that directly support climate causes and social justice causes. She cares equally about fair labor practices and animal testing as she does about climate change. She seeks out labels that are transparent and openly criticizes those who are not.

She is idealistic and is uncompromising, as all youth are, and in so doing CARLY is having a major impact on the world. In fact, she’s having a dramatic impact on the world and the success of consumer products. Brands, even luxury brands, are shifting to align with her sensibilities.

The way she interacts with technology is unique - from the Alexa in her home she can automate lights and temperature control and ask “how many days is it until Christmas?”. She can set timers and also ask about world events. She can do basic research for school reports and find facts by speaking into thin air. Because of this, we are beginning to see a dramatic impact on the people around CARLY in her immediate family, regardless of their age. Search trends are becoming more human and intent-laden than ever before, driven by the adoption of voice-first features in smartphones and home assistants. The most recent Google search results report for 2019 shows how CARLY is driving queries at home, and how she’s asking questions of her own.

CARLY knows what a VSCO Girl is, naturally, but her parents may not; while she may wonder what a Boomer is. Curious enough the searches on the top 10 report are popular-culture-centric and are full, complete questions unto themselves. Classic Google searches didn’t contain questions so much as fragments or phrases. E.g. rather than “What is a VSCO Girl” the term “VSCO Girl” would find its way onto the list.

This phenomenon leads marketers to change their SEO strategies, change their paid search engagement, and tailor content to the new paradigm of natural language. CARLY’s current world is less influenced by advertising than previous generations as she doesn’t engage with network television and doesn’t frequent ad-laden social channels like Instagram (that is until TikTok becomes overrun with ads). So brands now rely on out of home advertising and direct mail again to re-engage her or her parents. Is this why Amazon just released a print catalog this year?

Fads and fashion notwithstanding, if we, as marketers or retailers, want to connect with CARLY it’s important that we understand the following broad strokes about what makes her tick:

Our challenge will be how not just to tell a story that connects with this newest consumer segment, but how we authentically and legitimately build brands that at their core truly believe and deliver on the things that matter to CARLY.

And we must do it in an affordable, accessible way. After all, CARLY is young and has very little of her own money to spend. If we do that today, in 20 years’ time we may have fostered a relationship that grows with her and matures into a generational customer relationship, making the most successful of executors the new heritage brands of the 2030s and beyond.

After all, today at least, CARLY can’t afford real life… yet.