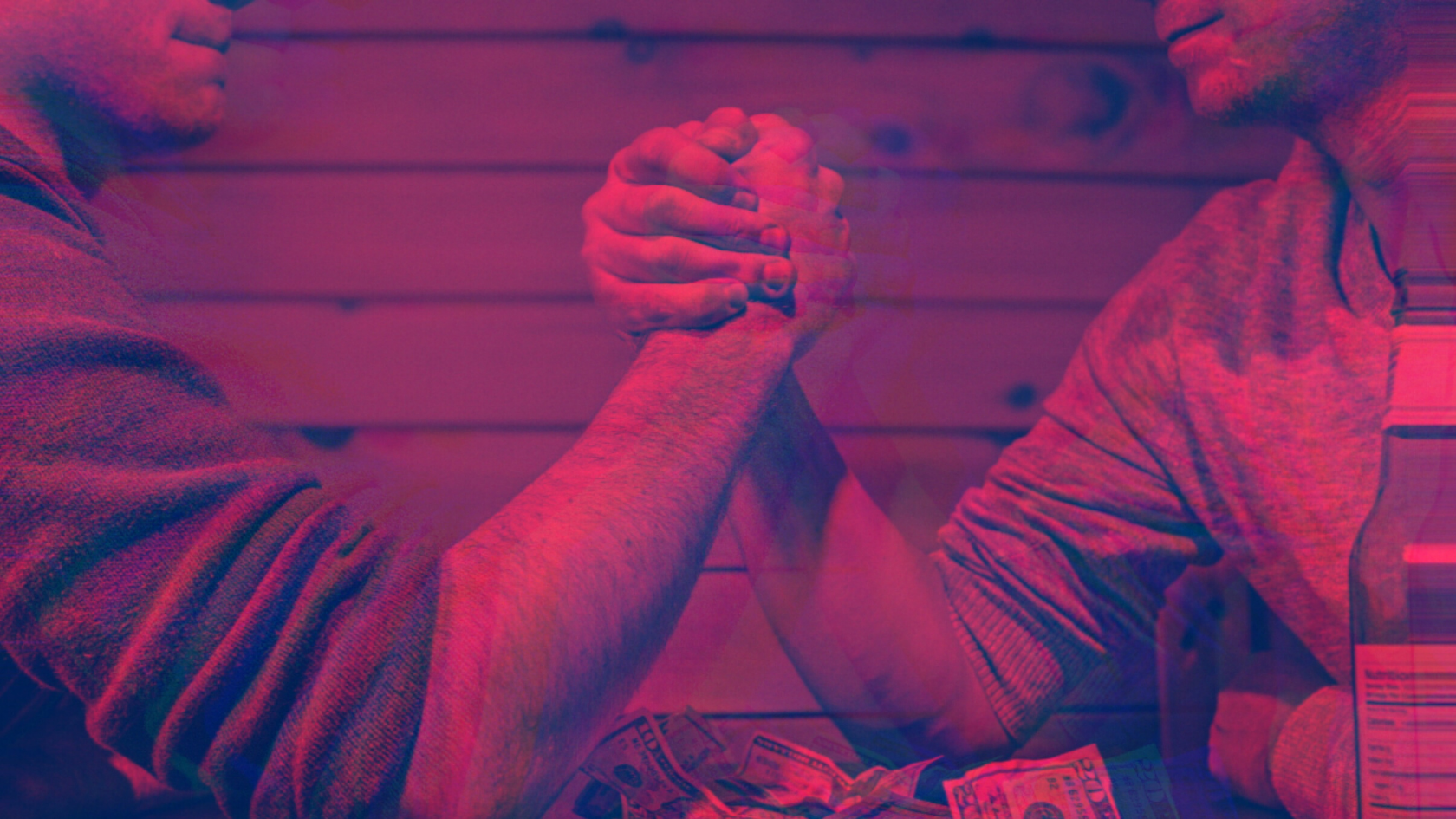 INSIDERS 016: On Rivalries and the Sociology of the Underdog

This article first appeared on LinkedIn.

Groups get their meaning from encompassing societies; the individual gets his meaning from his groups. - George E. Vincent

At the end of October Shopify announced that it had surpassed 1 million merchants on the platform. This announcement coincided with a report created by global consulting firm Deloitte, which detailed the more than $183 Billion in economic activity generated by the platform since its inception, and how the e-commerce giant is helping individuals, small businesses, and global enterprises alike, to redefine commerce.

If you’ve hung around me for any length of time you’ll know that I’m a longtime Magento fanboy. There was a period where I was skeptical of the Shopify platform and its ecosystem. This is a common rivalry dynamic found amongst social groups. Think about the rivalries we’ve seen in the 20th century:

And in my corner of the world, Magento v Shopify.

Group dynamics can play out in three spheres: individual, regional, and global. I have been thinking about how Future Commerce fits in the world and how I fit into that picture as a person, rather than as a persona. I feel most complete as a person when I’m intentionally investing in the areas that bring me joy: my person, my social groups, my immediate impact in the world, and my lasting impact in the world.

To that end, I regularly take stock of where I’m spending my time in order to maximize that feeling of completeness. I’ve been thinking about that impact that I have in my 3 spheres of influence:

Interestingly this visualization of hierarchical impact is also present in the Shopify 1 Million Merchants report as they tell the story of impact in the terms of “Anyone, Anywhere, Everyone.” From a single-owner business to broad global economic impact, they tell the story of how Shopify is providing upward mobility and rewriting the tools of commerce. And they are having an impact. In a report from research tool and thinktank Thinknum, the amount of developer engagement in the Adobe ecosystem is leveling off compared to the Shopify ecosystem:

Stack Exchange is a platform that I am intimately familiar with as it is the platform that I used to make my name in the Magento ecosystem. At one point in time, I was ranked #2 in the world amongst those who were answering questions on the popular developer Q&A site. Despite having not answered a single question since August of 2017 I am still in the top 10, ranking #7 all-time.

At one point in time, Magento owned the Internet Retailer 500, the IR1000 and the IR B2B 300, which it helped to pioneer. That is until 2018 when Salesforce and Shopify began to siphon off larger, more notable brands. Demandware and Shopify, once underdogs, were now beginning to gain market share and make gains on the clear leader. Shopify, now a publicly-traded company on the NY Stock Exchange, had loads of capital to disperse into its platform. Demandware was acquired by Salesforce, the #1 CRM platform 6 years in a row, with a market cap of $141B.

While today Magento’s commerce platform may still have a majority of the IR500, Shopify is no longer the underdog. Shopify, along with its newly-announced fulfillment network, is democratizing commerce experience allowing SMBs to compete with Amazon by providing 2-day shipping anywhere in the Continental US. Along with other digital tools, Shopify allows merchants of a broad range of sizes, from SMB to Enterprise, to compete and win against the world’s largest retailer. In all, Shopify, now the #2 retailer in the world second to Amazon, is not just delivering software but is aiming to compete in logistics. Adobe and Salesforce currently have no comparable solution.

Rivalries and the Underdog

In “The Rivalry of Social Groups” (American Journal of Sociology, Vol 16, #4, Jan 1911), George E. Vincent talks about the differences between conflict, competition, and rivalry, and how they force us into groups:

Conflict, competition, and rivalry are the chief causes which force human beings into groups and largely determine what goes on within them. Conflicts like wars, revolutions, riots still persist, but possibly they may be thought of as gradually yielding to competitions which are chiefly economic. Many of these strivings seem almost wholly individual but most of them on careful analysis turn out to be intimately related to group competition. A third form, rivalry, describes struggle for status, for social prestige, for the approval of inclusive publics which form the spectators for such contests. The nation is an arena of competition and rivalry.

Competition and rivalry exist in the 3 spheres, too.

Sibling rivalry is something many of us have dealt with in life. Family rivalries such as the Hatfields vs the McCoys have become part of the cultural zeitgeist. Interpersonal rivalries play out in public on the silver screen such as that of Bill Gates and Steve Jobs in The Pirates of Silicon Valley to the small screen on Real Housewives of Atlanta. Corporate rivalries are well-known - Intel vs AMD, Ford vs Ferrari.

Rivalries aren’t always petty, though, and are rarely inconsequential. National rivalries have shaped history, such as USA vs USSR, which accelerated the space race, put a man on the moon, and may have shaped the outcome of elections. Currently, the US is embroiled in a trade war with China, which may have dire economic consequences, that is if our AI arms race doesn’t get there first.

Shopify has done that by not only appealing to the developer and providing them tools to get work done, and quickly, but by appealing to the personhood of the merchant. This is core to their Economic Impact report. The “anyone” section of the report highlights the value of the platform, starting at $29/month, and how small and medium-sized businesses can utilize it to get up and running quickly, and affordably. They don’t focus on features and functionality, they focus on the personhood of the operator.

According to Vincent, groups get their identities from society writ large, and individuals get their meaning from the group. Further, groups form around three fundamental ideas:

Shopify is smart to align with the person, as it will foster the group affiliation dynamic. Magento did the same, which is what created such fervor and passion in its own ecosystem, one I am all too proud to be a part of for 11 years on now.

To that end, Magento, now owned by Adobe, is better positioned to compete in the new platform wars, armed with a global community of fanatics. Adobe is likely still the powerhouse amongst its two challengers as new competition has formed, in just two short years, that pits two massive enterprises - Adobe and Salesforce - against Shopify, if not a clear winner in broad e-commerce adoption, they're certainly no longer an underdog.

You could argue that Magento developers and merchants have a common interest: to keep passion in their platform alive and their ecosystem growing. A present crisis: to stoke interest in a still-maturing platform, which has its roots in a pre-cloud era, while others have overcome some of the technological hurdles and adoption challenges that newcomers often have over a nascent incumbent. And a future purpose: to preserve investment and institutional knowledge in a platform and ecosystem that they have used to grow a passionate worldwide community.

Nobody likes a winner

Criticism quickly falls on those who don a crown. On the very day that Shopify made their 1 Million Merchant announcement, they were scarred by lengthy downtime across all stores. By nature, people seem to root for an underdog and sneer at a winner. It didn’t take long for the torches to come out:

A good deal of criticism around Shopify’s “1 Million” number was also leveled on the same day as many have speculated that Shopify’s tally includes inactive development stores which are non-transactional sandboxes:

In “What Makes an Underdog”, authors Keinan, Avery and Paharia devised an online and offline experiment involving chocolate brands. In this study, subjects showed a preference for the underdogs. They described a small, new, chocolate brand competing against powerhouses like Lindt and Godiva. The other brand had a top-dog biography, characterized by experienced founders and a big marketing budget. The result: 71% of subjects chose the underdog chocolate.

And the stronger a subject’s own “underdog disposition”—a sense of struggling in tough circumstances—was, the greater his or her preference for the underdog brand. That may be why such biographies appeal strongly to people in traditionally disadvantaged segments, such as women, blue-collar workers, and ethnic minorities.

The stronger a person’s own sense of struggling is, the greater the preference for the underdog brand.

Moving forward it will be interesting to see how Shopify positions itself. While it has successfully deployed an underdog strategy to date, owning that moniker in the future could bode difficult, if not impossible. To capitalize on the underdog effect a platform adopter must, themselves, feel as if they’re at a disadvantage. This may explain the psychographic effect why so many Direct to Consumer brands have chosen Shopify over Magento in this new venture-capital-backed retail era: DTC brands are disadvantaged against Amazon, and more broadly, retail marketplaces in general, and so they fundamentally align with a platform that markets itself as the scrappy upstart.

It may not make sense to position themselves as the underdog for much longer, as they grow upmarket. Shopify already owns some of the most massive stores online and is gaining notoriety and much press from backing some large retail acquisitions as of late - not the least of which is Kyle Jenner’s $1.2B acquisition by global cosmetics powerhouse Coty. But still, Shopify is bound by a current trend of design aesthetic and user interface interaction. What would become of e-commerce if consumers began to shop more with their voices and SMS?

In that brave new world, we may see the rise of new underdogs in the category - notably the likes of Commerce Tools, who are positioning themselves as API-first and more capable of driving omnichannel experiences - most recently the Progressive Web App or headless commerce experiences. Commerce Tools recently made the Magic Quadrant, which may signal a future direction for enterprise software capability.

In a world veering toward commerce-everywhere, voice-enabled, UI-less interfaces it may not be such a stretch to see the next decade give way from all 3 of the incumbent platforms. Shopify, Magento, and Salesforce all were created in an era where conversion rate optimization and visual design trumped copy, voice, tone, and brand story. In a world where virtual assistants power commerce engagements, the tools which prioritize retail engagement outside of the visual user interface may be the next true champion.

Magento, once an underdog, is enjoying the fruits of its success. Shopify is experiencing incredible adoption and returning that value to its shareholders. One could make the argument that as long as Walmart and Amazon exist that any digital commerce platform could position itself as the underdog. In that future, digital commerce adoption keeps growing the pie, and Shopify, Magento, and the like all have growing slices and everyone wins.

People, however, will surely find a new underdog to root for.